Shocking reasons why you should stop taking milk 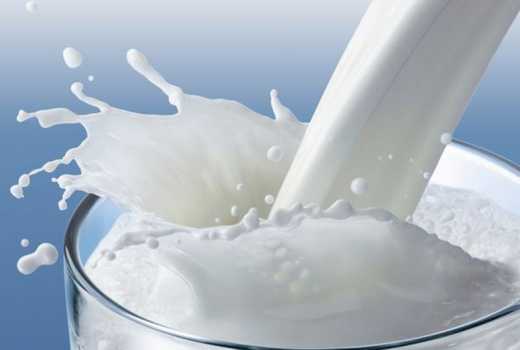 A research article by Dr David Ludwig and Dr Walter Willett from Harvard published in the Journal of the American Medical Association found no data to support the claim that the consumption of dairy leads to better bones, weight loss or improved health.

Truth is, plant based calcium is better absorbed into your body than that from dairy.

Regardless of whether you’re drinking pasteurized, whole, skim or unpasteurized milk, milk is meant to be consumed by the young of that particular animal and none other. This is because it contains hormones and nutrients unique for their specific young ones to grow and develop.

According to an observational study carried out in Sweden, the negative side effects of milk are attributed to D-galactose. Lactose breakdown has been a cause of many health problems in both children and adults.

Here are some side effects of milk.

Lactose which is found in cow’s milk can lead to sugar spikes and cause diabetes. The protein also found in the milk has been found to trigger type 1 diabetes through a process called molecular imitation.

Calcium isn’t as bone-protective as we thought. Studies of calcium supplement have shown no benefit in reducing fracture risk. Vitamin D appears to be much more important than calcium in preventing fractures.

Multiple sclerosis is a nervous system disease that affects the brain and spinal cord. Due to our modern dairy practices which has milk sourced from modern hybridized and genetically altered cows, this has created a much higher likelihood of autoimmune diseases such as multiple sclerosis.

Proteins from plants such as kales, almonds and figs are a better source of calcium and do not cause chronic inflammation unlike diary which is highly acidic. The natural acids found in dairy can cause calcium deposits to develop contributing to arthritis and chronic inflammation.

Intake of milk leads to difficulty in bowel movement due to the way it inflames the gut lining. This digestive disturbances lead to bloating, diarrhea, constipation and even irritable bowel syndrome.

A cup of milk can contain as much as 24mg of cholesterol. This increases saturated fat and lipids which in most cases causes the formation of mucus around the chest cavity.

Milk intake is linked to formation of black dead cells in the body which mostly appear on the face, chest and back area.

If you must take milk, try other healthier options such as organic sheep and goat diary or plant based milk.