My Man By The Mirror 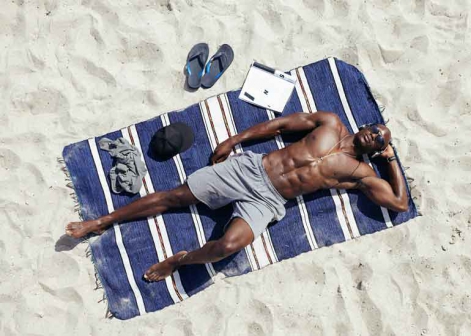 Good news everyone: the average penis size is growing. Or so we're told.

New research by condom brand SKYN suggests that men's penises are getting bigger. Since the modern man first came to be, the average length has increased, allegedly, by about an inch.

Last year the condom company and King's College London collaborated on a study. Researchers measured what 15,521 men were equipped with.

The 2016 study found that the average penis size here in the UK is 5.16 inches when erect. But a new survey carried out this year found very different results.

According to SKYN, the latest investigation found that the average penis size for those aged between 18-34 – the millennial generation – is apparently 6.1 inches.

Is it really that this new generation is more well-endowed? Could it be that, while millennials will probably never own a house, or retire, they've been blessed in other ways?

Unlikely. SKYN's latest research is probably (definitely) flawed. The statistics were calculated through an online form, which 3,037 sexually active men filled out.

It doesn't take much learned intuition to work out that men probably exaggerated about what they had in their underwear. And this explains the significant jump in size.

Still, it's all quite unsurprising. Actual measurements are always going to throw up variable results as men, according to nearly every report ever, “almost always lie about how big their manhood really is”.

It's probably because size does matter, to a point. Scientists recently said that men with more impressive crown jewels gave women more orgasms. Data showed last year that women ideally prefer men with a penis about 6.2 inches when erect.

However, while all this is the case, in terms of evolution, humans are growing. So...penises sort of are too. By and large.