A glass of red wine a day could stave off a heart attack or stroke, scientists say

A daily glass of red wine or cup of tea could stave off a heart attack or stroke, according to new research.

Other food and drinks rich in the vessel boosting antioxidants include apples, berries, and cocoa.

The study of more than 25,000 people in Norfolk is the strongest evidence to date of the link between diet and hypertension - one of Britain's biggest killers.

"But this is the first epidemiological study of this scale to objectively investigate the association between a specific bioactive compound and health.

"We are delighted to see that in our study, there was also a meaningful and significant association between flavanol consumption and lower blood pressure."

The difference in blood pressure between those in the lowest and highest 10% for flavanol intake was between 2 and 4 mmHg (millimeters) of mercury.

This is comparable to meaningful changes observed in those on the Mediterranean diet or DASH (Dietary Approaches to Stop Hypertension) diets that are high in fruit, vegetables and fish.

What is more, the effect was most pronounced in those who had already developed high blood pressure.

This suggests if the general public increased its flavanol intake, there could be an overall reduction in cardiovascular disease, the world's biggest killer.

They are found in abundance in the skins of red grapes.

Prof Kuhnle said: "I'm obviously biased here as my family have a vineyard. But some red wines contain flavanols, it depends a lot on variety and how and where they were grown.

"The interesting aspect of our study was we didn't focus on the food sources but the actual compounds - so it didn't matter where they came from."

He added: "I don't think one needs to use the flavanol content as an excuse to drink a glass of wine. There are many other - and better - reasons."

But he advised against gorging on chocolate. Even dark varieties have fairly low amounts of flavanols.

Prof Kuhnle said: "So they won't contribute much to overall intake - and they would obviously contain fat and sugar. Cocoa powder would be different, but that's not really that snackable. Unfortunately tea remains the best source."

The threshold for diagnosing hypertension - the medical term - is defined as systolic blood pressure of 140 or more (the top number), or a diastolic reading of 90 or more (the bottom number).

It can lead to clots that cut off blood supply to the heart or brain. It affects about 16 million UK adults, more than one in four, and is symptomless. Many don't know they have it.

Prof Kuhnle said: "What this study gives us is an objective finding about the association between flavanols - found in tea and some fruits - and blood pressure.

"This research confirms the results from previous dietary intervention studies and shows the same results can be achieved with a habitual diet rich in flavanols. In the British diet, the main sources are tea, cocoa, apples and berries." 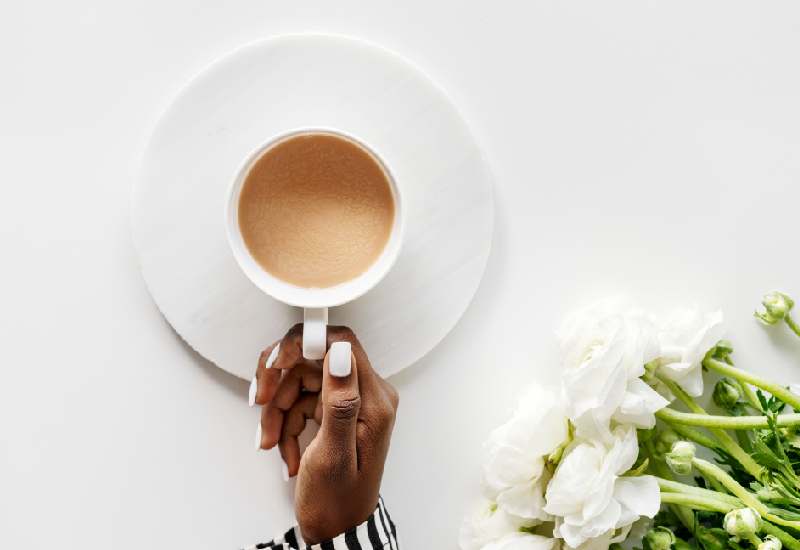 Flavanols are naturally occurring plant based antioxidants that improve the circulation of oxygen and nutrients - boosting the heart, brain and skin.

The analysis, published in the journal Scientific Reports, compared what the volunteers ate with their blood pressure.

Instead of diet surveys the international team measured flavanol intake objectively - based on blood samples.

This provided more reliable biomarkers - or indicators - of foods, metabolism and nutrition.

Professor Kuhnle said: "The methodology is of equal importance. This is one of the largest ever studies to use nutritional biomarkers to investigate bioactive compounds.

"Using nutritional biomarkers to estimate intake of bioactive food compounds has long been seen as the gold standard for research, as it allows intake to be measured objectively.

"The development, validation and application of the biomarker was only possible because of the long-term commitment of all collaborators.

"In contrast to self-reported dietary data, nutritional biomarkers can address the huge variability in food composition. We can therefore confidently attribute the associations we observed to flavanol intake."

They are men and women who were aged between 40 and 79 when they were recruited in the 1990s and lived in Norwich or surrounding towns and rural areas.

"But, perhaps even more exciting was the opportunity to apply objective biomarkers of flavanol intake at a large scale.

"This enabled the team to avoid the significant limitations that come with past approaches which rely on estimating intake based on self-reported food consumption data and the shortcomings of current food composition databases."

Confessions: I slept with my husband's friend while he was away on a funeral
Readers Lounge - By Mirror

Fuel it: How understanding satiety is the ultimate weight-loss secret
Healthy Eating - By Nina Odongo

What you should do after overeating
Healthy Eating - By Audrey Masitsa

Probiotics 101: What to know about the bacteria lining your gut
Healthy Eating - By Nina Odongo