HEALTH
By LOLITA BUNDE | 1 month ago

Couples are often plagued by various problems in marriage including fertility and pregnancy issues.

When pregnancy complications arise, most resort to blame game as an escape route rather than determining the root of the problem.

Rhesus (Rh) incompatibility could be what is leading to some of the complications couples face during pregnancy.

NIH defines Rh incompatibility as a condition that occurs during pregnancy if a woman has Rh-negative blood and her baby has Rh-positive blood.

Here are some facts you should know about Rhesus incompatibility in pregnancy:

1. The threat of Rhesus incompatibility

Confessions: He never helps around the house and I can’t deal anymore

Other than the four blood groups (A, B, AB and O), blood types are further identified as being either rhesus positive or rhesus negative.

This depends on one’s Rhesus factor – an antigen occurring in the red blood cells indicating the presence of a protein known as ‘D antigen.’ If your blood type is RhD negative, your red blood cells do not have the D antigen.

According to Dr. Daisy Aluso, a medical practitioner at Bungoma County Referral Hospital, if you are Rh-negative and your baby is Rh-positive, your body reacts to the baby’s blood as a foreign substance.

“It is important for couples to test their compatibility. If a pregnant woman is RhD negative and her partner is RhD positive, there is a chance that the baby could be RhD positive. Your body will then react to the baby’s blood by creating antibodies against the baby’s Rh-positive blood,” explains Dr. Aluso.

Dr Aluso adds that the new antibodies formed by the mother do not normally result in complications during the very pregnancy as the baby is often born before many antibodies develop.

This is because the period from first exposure of Rh-positive blood cells to the birth of the baby is insufficient to produce significant maternal antibody response. However, they may cause problems in subsequent pregnancies with Rh-positive babies.

“If the woman has another pregnancy with an Rh-positive baby, her immune response will be greater and she may produce a lot more antibodies.

“These antibodies can cross the placenta and destroy the baby’s blood cells leading to a condition called Rhesus disease or Hemolytic disease of the newborn,” Dr Aluso adds.

This can occur during the course of pregnancy as a result of spontaneous or induced abortion, trauma, invasive obstetric procedures or normal delivery.

In 90 per cent of cases, sensitisation event occurs during delivery. Nonetheless, a sensitising event doesn’t normally affect the first pregnancy.

The Rhesus disease or Hemolytic disease can lead to complications such as anaemia and jaundice.

It can also cause kernicterus, a rare kind of preventable brain damage that can happen in newborns with jaundice; and hydrops fetalis, a condition where an abnormal accumulation of fluids fills the foetus’ organs ultimately leading to fetal death.

Succeeding pregnancies of a Rh-negative mother may result in seriously affected infants who may ultimately die in the uterus from antibody-induced hemolytic anemia – a condition where red bloods are destroyed faster than they are made.

This means, if the blood from the Rh-negative mother with anti-D antibodies mixes with the blood of the foetus, then the antibodies will kill the foetus’ cells.

Ultimately, the mother has a miscarriage as the foetus dies from anaemia, a condition in which there is a deficiency of red cells, or haemoglobin in the blood.

All women are expected to be tested during their antenatal screening to determine whether their blood is Rh-negative or positive.

However, to determine whether foetus is Rh-positive, they get tested after birth, or the umbilical blood is tested.

“Hemolytic disease can usually be prevented using injections of anti-D immunoglobulin. Anti-D is routinely administered at 28-32weeks of the first pregnancy and again within 72 hours after birth to all Rh-negative pregnant mothers as a part of routine prenatal and postnatal care,” Dr. Aluso clarifies.

She further elaborates that, during the first pregnancy, the injection can be administered even if there is concern that a sensitising event has happened. Adding that: “the anti-D injection is safe for both the mother and baby as it does not affect the baby’s development or breastfeeding.”

“Rh-negative mothers are given anti-D for all pregnancies and are advised to deliver in a health facility, preferably one with a newborn unit, so that the new born can be monitored for any complications post-delivery,” advises Dr. Aluso.

“These injections only work during the first pregnancy to prevent the anti-D antibodies from forming. Once the mother has developed antibodies, the anti-D shot cannot help her.

“Her subsequent pregnancies are likely to have hemolytic disease related complications. She will not be able to carry healthy children from a Rh-positive man,” pinpoints Dr Aluso.

Rhesus disease is preventable as thus it is important that all mothers attend antenatal clinic so that during screening they can be advised accordingly. Nevertheless, couples are advised to know their blood types before committing to having children. 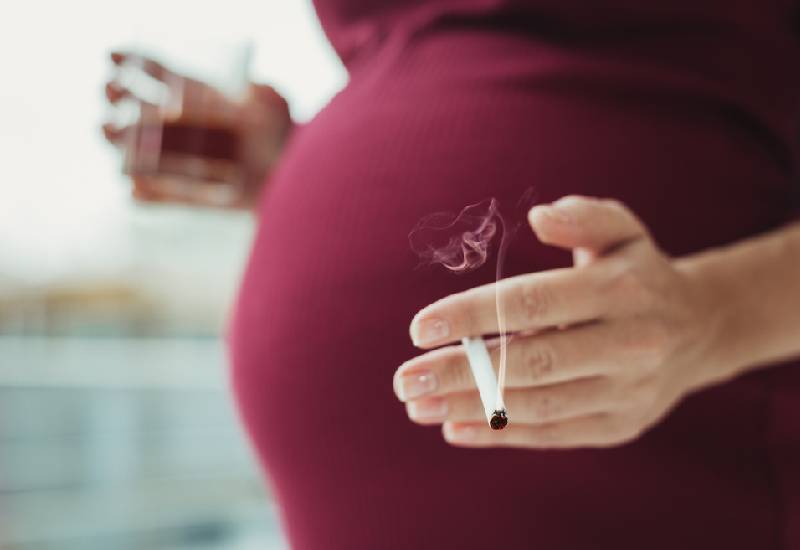