Breasts of burden: My battle with gigantomastia

Breasts are personal, but when they grow bigger than usual, they become a societal affair, a source of self-consciousness, embarrassment, pain even. Or it could be a condition. Think gigantomastia, a condition that turns boobs into breasts of burden.

Just ask Ruth Makena. She knows one or two things about excessive breast growth, which may occur spontaneously, during puberty, pregnancy or while taking certain medications.

Makena once suffered from gigantomastia and that inspired her to set up Gigantomastia Foundation in Kenya. The 31-year old advocate of the high court told The Nairobian how the condition interfered with simple chores like laundry, swimming and cooking.

“Growing up was normal, but when I reached Class Six, my class teacher called and told me I had a big bust and should ask my mum to buy me boob tops to support my breasts. You can imagine how traumatising that was.”

In campus, her breasts began growing bigger and heavier overnight. “I moved from a size 38C to size 42GG bra. My self-esteem wasn’t really affected as I’m naturally a very bubbly and outgoing person, though getting nice fitting dresses was a challenge, confining  me to T-shirts and jeans.”

She later realised she had a problem when her shoulder kept on dislocating and “I visited my orthopaedic surgeon Prof Jao Mulimba, who performed surgery to reinforce my shoulder. That’s when he realised that the weight on my bust was the cause of the recurrent dislocations.”

Makena was referred to Prof Stanley Ominde, a consultant plastic and reconstructive surgeon and “I remember walking into his office still in my sling from my previous shoulder surgery and he asked, ‘are you’re the lady dislocating her shoulders because of a huge bust?’ I laughed and never thought it was a big deal because the doctor was laughing too.”

“The diagnosis came as a surprise. I had never imagined that I could have a smaller bust and more so, have it done locally. We booked the surgery appointment, but the major challenge was the insurance company which declined to pay, terming it cosmetic surgery. But my mother paid Sh500,000 and on February 12, 2011, I had the surgery” recalls Makena.

She adds that she woke up four hours later feeling drowsy, but with a lighter chest.

“I felt like a new human being with a new lease of life. After the surgery, I resumed my studies at the Kenya School of Law, where my classmates could not recognise me. I had become smaller and I could now wear suits like the rest of them.”

Her story appeared in a local daily and gradually, women with plus-size breasts began writing to her for assistance. It then dawned on her that there was little awareness on the condition, hence the reason she founded the Gigantomastia Foundation.

Ruth Makena is not alone. Margaret Ngima, a sales representative in Mombasa, was also diagnosed with gigantomastia and underwent a breast reduction surgery.

Like Makena, she learnt of her condition in Class Six when her class teacher body-shamed her as her breasts were bigger than any other female pupils.

She was also asked to have a boob top. But the breasts did not stop growing. Taking up sports became a burden because of the size of her boobs.

“When I joined campus, it was hell on earth. I was stigmatised by other students who nicknamed me cucu, because of my large breasts. I never had friends, as people  choose friends according to those who resemble them and I did not look like them,” Ngima told The Nairobian, adding that her colleagues avoided her when going out claiming that “I will spoil their market.”

Others thought her big breasts were a curse from sleeping with other women’s husbands. When her friends went shopping, they left her behind as she couldn’t find her bra size. A makanga even once hit her boobs when she was boarding a matatu.

Ngima was size 34 and she didn’t know she was suffering from gigantomastia until she heard Makena on a radio interview and they met in  February 2016 when she went to Mombasa with her foundation.

Ngima, who changed to new bra cup sizes every two months had difficulty breathing “and my bra was digging deep into my shoulders.”

The County Government of Mombasa paid for her surgery alongside five other women and her breasts were reduced in April 2016.

“My life is better now, no more stigmatisation. I can now whatever dress or blouse I want. I used to buy my bra’s from mitumba, but I can now walk into any shop and get a bra that fits me. I am also socially accepted more.”

Ngima, 28, advises women not to have excuses that their condition is “genetic, yet we know very well we are suffering. Some will even say, ‘my husband or family does not want me to do the surgery’. They should stop with these excuses and seek help.”

Some women think that big breasts are a sign of weight gain, like Valentine Mathai. The 25-year-old was very social until Class Seven when she attributed her breasts which were bigger than other girls to weight gain.

By the time she was in Class Eight, she was already wearing bras, while her classmates had boob tops. In Form One, she wore bra size 34C and above to hold her self-esteem which was sagging. By Form Two, her mother had to buy new D cups every term.

“I became anti-social and sought refuge in food and so, I naturally gained weight. There was this time I went to my aunt’s place and she asked me why I had huge boobs, yet in my family, they had small boobs. I was wearing the same size with her,” recalls Mathai, adding that by Form Four she was wearing two bras, one for reinforcement.

By the time she joined campus in 2012, she was emotionally withdrawn and “I could only shop in flea markets. I changed my wardrobe and started wearing baggy clothes, T-shirts and coats. Things got even worse when the bra started cutting into my shoulders and I had bruises. I prayed to God for answers because I was so frustrated and didn’t know how I could be helped. I had bad shoulder and back pains.”

Mathai underwent surgery and now she’s  size 34C and “my self-esteem has picked and I’m wearing clothes I could only dream of before.” 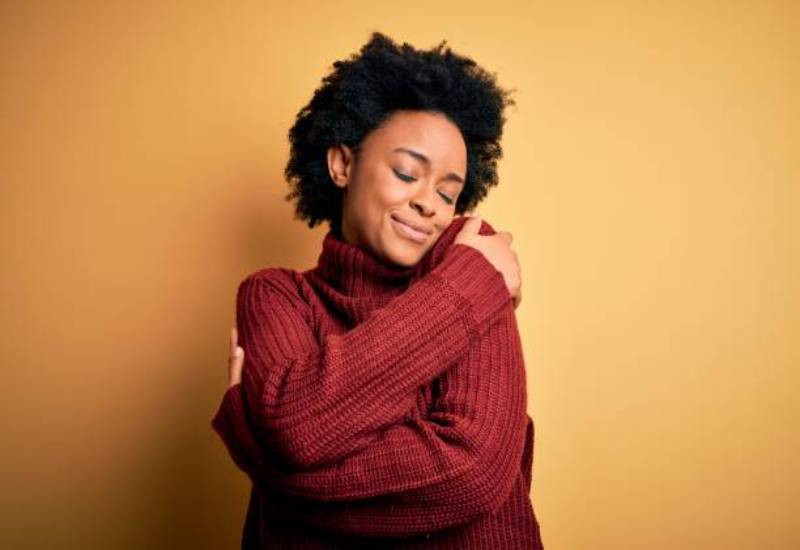 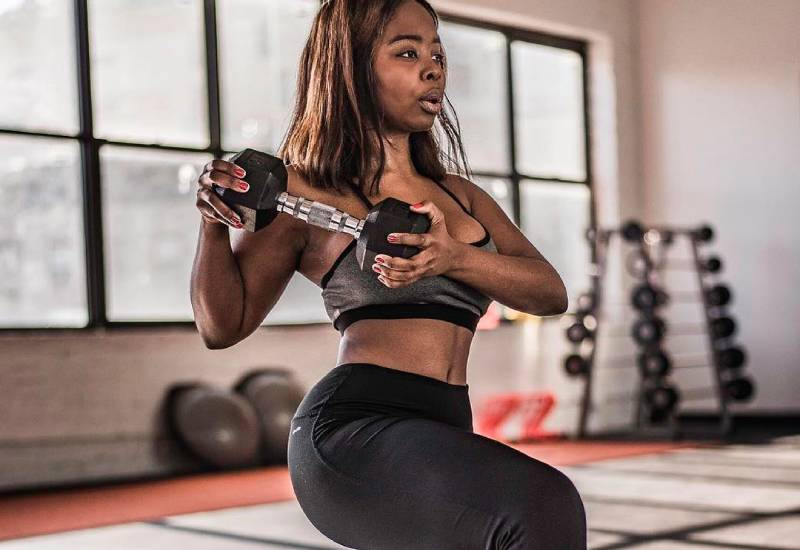 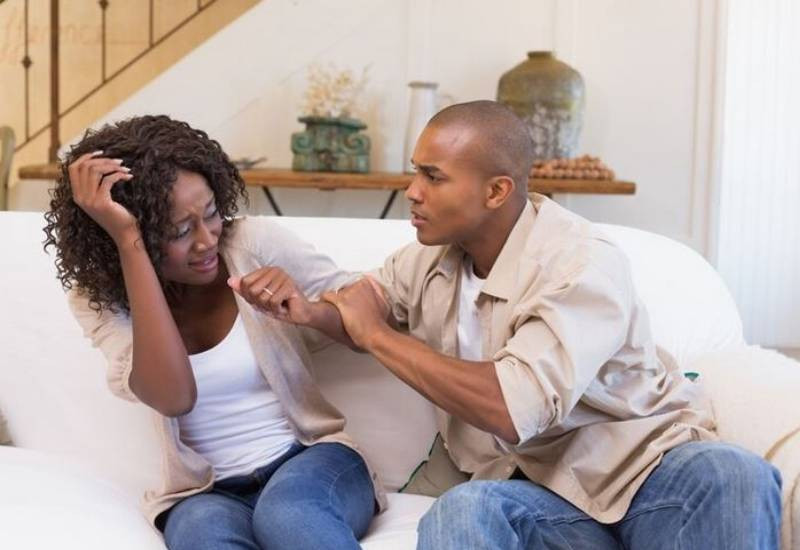 Help! My husband is abusive, violent
Relationships
By Chris Hart
1h ago
Breast cancer awareness month: what you need to know this year
Health
By Esther Muchene
3h ago
Love rules the world: Dr Zippy Okoth on love, marriage and divorce
Living
By Stevens Muendo
4h ago
Is there a soulmate for me? How long should I wait?
Relationships
By Chris Hart
5h ago
Recipe: Pumpkin pie oat bars, peanut butter and jelly date stuffed snickers
Recipes
By Rose Kwamboka
6h ago
. 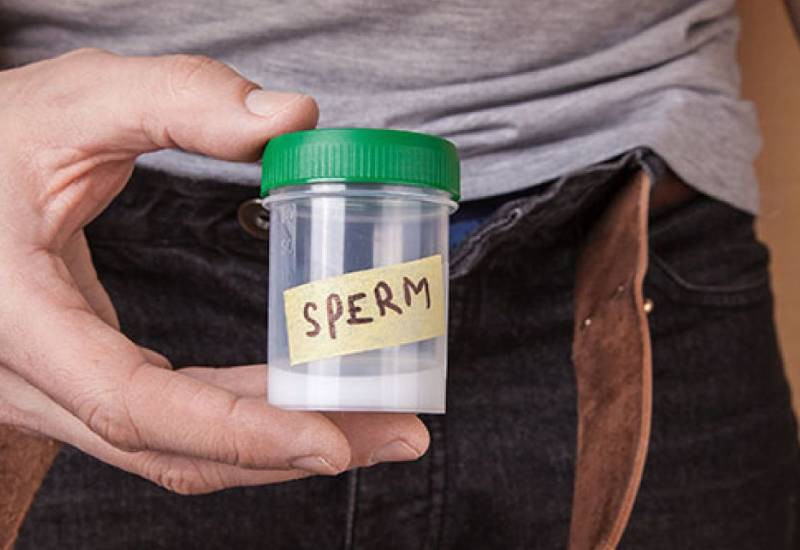 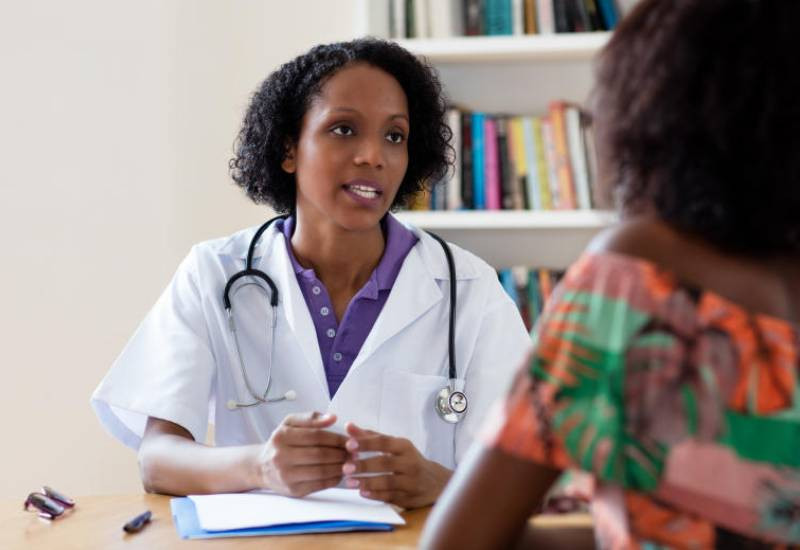 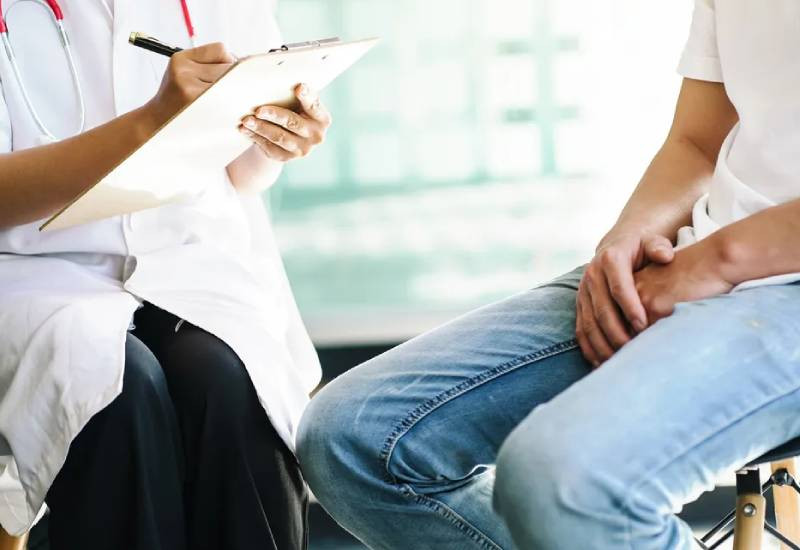 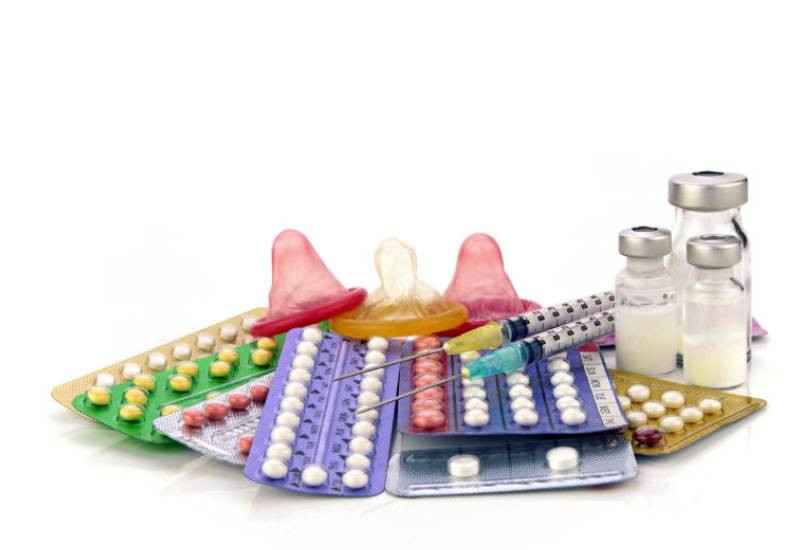