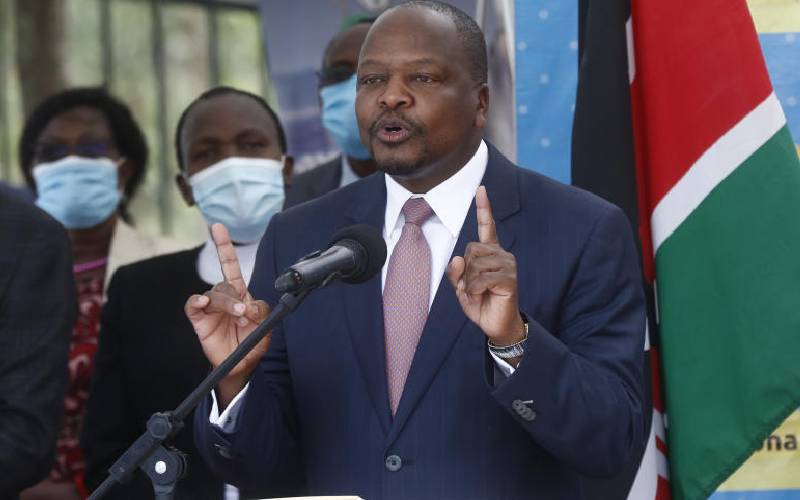 You shall no longer be allowed to take any alcoholic drink in restaurants, entertainment joints or any public places once proposed rules are enacted.

This is according to a draft legal notice by the Ministry of Health. The set of rules aims to govern the sale and consumption of alcoholic drinks during the Covid-19 pandemic.

In the draft notice, Kagwe said, anyone who disregards the rules commits an offence and is liable for punishment.

“Alcoholic drinks shall not be sold to sit-in customers at restaurants, eateries, bars, food courts, supermarkets, wines & spirits shops or in any business establishment,” the notice reads.

He noted that operating hours of any business establishment that sells alcohol shall be between 9am and 7.30pm.

The notice also says that nobody should take any alcoholic drinks in public places and these include public parks, restaurants, parking lots, eateries, bars, entertainment joints, supermarkets or wines and spirits shops.

“A person who commits an offence under these rules shall, on conviction, be liable to a fine not exceeding Sh20,000 or to imprisonment for a period not exceeding six months or both," the draft notice reads.

Public Health Director Francis Kuria said he was aware of the document’s circulation on social media. He noted that it was not legal as it did not have a number.

“This is a draft document that is circulating on social media. It is a notice that has no number. It is a draft and should be under the office of the Attorney General. Once it gets a number and becomes a legal notice then we can talk about if further,” said Kuria.

He added that it is circulating around offices probably for comments from technical officers. Currently, anyone can order an alcoholic drink as they eat at a restaurant.