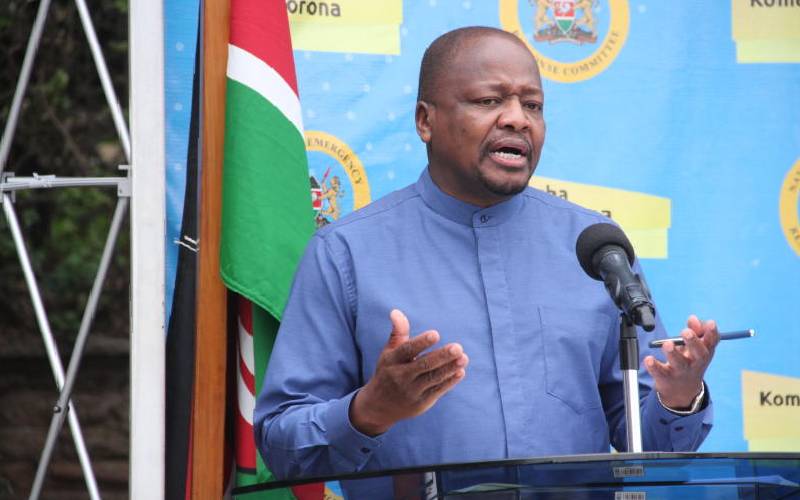 Kenya has recorded the highest number ever of Covid-19 cases with 960 new cases in the last 24 hours, raising the country’s national tally to 17,603, Ministry of Health has announced.

Some 952 were Kenyans and eight were foreigners, with the youngest being a one-year-old child.

In Machakos, all the 58 cases are in Athi River Sub-County.

Despite recording the highest positive numbers today, some 169 patients were discharged, pushing the recoveries to 7,743.

In a statement sent to the newsroom on Sunday, the ministry tested 8,261 bringing to 276,415 samples tested by the ministry so far since March when the first case was reported in the country.

In gender distribution, the ministry said 604 of the new cases are male while 356 are female.

Out of those that recovered, 86 were from home-based care programme while 83 were from various hospitals.

“We appreciate our health workers for doing a good job, it is through their efforts that we have saved many lives,” said the statement.

On a sad note, the CAS said that two patients died of the coronavirus diseases bring the number of fatalities to 280.

The ministry yesterday announced that at least 50 per cent of the people who succumbed to the disease in the country had comorbidities, 15 per cent of them being diabetes.

The ministry noted that people with the condition were more likely to get Covid-19 compared to the general population.

"When people with diabetes get infected, they experience serious complications and the outcome is not good.”

CAS Rashid Aman also said people with type 2 diabetes are obese, which puts them at an even higher risk of infection.