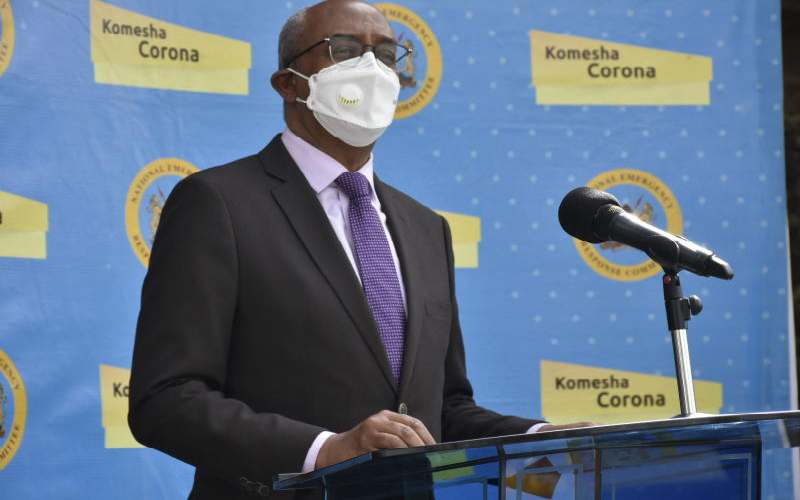 In the new cases, 242 are Kenyans and five are foreigners. The new cases comprise 164 males and 83 females with the youngest person in the new infections being one-year-old and the oldest at 100.

Nairobi still lead with new infections at 153 followed by Mombasa at 35.

Meanwhile, the government sought to explain how it came up with models guiding its projections of Covid-19 cases in Kenya.

Health Chief Administrative Secretary Rashid Aman said the new numbers call for reflection of our attitude towards the containment measures no matter how harsh they are.

“The measures in place to curb the virus cannot be halted. As we have witnessed, countries that have not adhered to the preventive measures or relaxed them too soon have been flooded with new cases,” Dr Aman said.

At least 2.6 million Kenyans may have already been exposed to the coronavirus according to a study done by Kemri-Wellcome Trust.

The study looked at the presence of antibodies in 2,535 blood donor samples from different regions in the country, and using a modelling formula involving the population in each region, the researchers were able to estimate the number of Kenyans that have likely been exposed to the virus so far.

Kemri-Wellcome developed an enzyme-linked immunosorbent assay (ELISA) that targets the spike protein of SARS-CoV-2 that underwent a rigorous validation process and protocols before use in this study.

Antibody testing in blood samples gives an indication of whether one had been exposed to the virus or not in the recent past, and how many people in the population. Antibodies may remain positive in blood for several months.

According to a report released by Trends and Insights for Africa (TIFA) dubbed 'Covid-19: Stigma and Mental Health', Kenyans are worried that the worst is yet to come.

Some 92 per cent of Kenyans do not know anyone who has tested positive of coronavirus meaning only 8 per cent know a friend, relative or neighbour who has been infected.

Cases of stigma since the first case was reported in March have spread fast towards people who have recovered from the disease and those released from quarantine centres.