Most men are cheats. But women make even better cheats. Catching a man cheating is as easy as ABC. Men are careless and will leave evidence lying at every corner...a condom in his laptop bag, lipstick on his shirt and red stilettoes at the back of his car. However, this is not the case with women. Hunting down a cheating woman requires National Intelligence Service, if she’s not intending to be caught, that is.

Women are always two steps ahead.  They keep re-inventing new cheating tricks. So, dear men, pay attention. Even if you’re sure your woman never strays, the urge might pop up between Maasai Mara and midnight during a work-related seminar in the wild.  A 2012 survey conducted by Ipsos revealed that most men do not think that their partners are likely to cheat.

According to the study, only seven per cent of men listed unfaithfulness in women as a habit they found annoying. Ironically, indecent dressing seemed to irritate most men more. The study’s findings confirm that as much as men are of the opinion that women are prone to cheating, most of them think that very few women cheat and reckon that, unlike men, women are more discreet and thus it’s hard to catch a woman cheating.

Here is how they cheat:

1. The office bedroom   Work is the easiest way to cover up cheating. Travelling out of town or spending longer hours in the office are ideal for a fling. Julius Njeru recently discovered his wife had a bed in her office. “One day,I decided to visit her unannounced and at least surprise her with flowers. She was not in the office but I heard strange noises in a smaller space she referred to as the safe. It was my wife and her colleague. Naked!,” he told us. Julius has since ended the relationship.

Red flag: Comes home looking fresh, but tired. Or tries to over compensate for being away.

2. Sex at the gym   Women can be gym addicts when it comes to cheating. Angel Simaloi used her gym time and explains that, “I used to say that I was going to the gym, but instead, veered off to my mpango wa kando’s place or a nearby hotel. The man used to pick me up after a brief workout at the gym. I would leave my car in the parking lot and we would drive off in his car. We would make out or have a quickie right there in the parking lot before going our separate ways.”

3. Sweetie, that’s my cousin’s condo! If your woman is always spending nights at her cousin’s house in Lang’ata with unknown friends, then it’s time you started questioning. Francis Njoroge, a real estate agent, says women secretly rent other apartments where they take younger men for sexual escapades. “There is a time a wannabe politician rented out an apartment in Lang’ata and kept her young lover. When her husband and a respected doctor found out, he came over hoping to catch her red-handed. Luckily, her cousin also lived in the house. The man was embarrassed and apologised to his wife, not knowing that he had actually been tricked,” Francis said, adding that other women rent apartments in groups and take turns for flings with their men there. The men, who are mostly younger, are not allowed to overstay their welcome when the ‘business’ is done.

Red flag: You have never seen the said cousins. Or the condo!

4. Work trips abroad In the past, women fooled their husbands by going for local trips with their mpango wa kandos. This trick has become too common and risky. They have now upgraded to flying out with their chamas or fictitious ‘work-related’ assignments. Anthony Otieno recently signed divorce papers but had “never suspected until a friend called me to inform me that he had seen my 54-year-old wife with a boy young enough to be my son. I started investigating and realised they had been travelling together on all her work trips. Can you believe that I financed some of his trips in the name of pocket money?”Anthony lamented adding that he never even got gifts when the wife came back from the trips.

5. Tony is my cab guy If your wife has a car but still insists on using the same taxi guy, normally named Mike, Dennis or Tony, then it’s time to check that out. Elias Mwanana, a journalist, suspected there was something going on between his wife and the taxi man, but had no tangible evidence untill recently.

“There is a time I confronted him but he rushed to the police and I was arrested. I always had a feeling that he was more than just a taxi driver. I went on with my investigations and followed them one evening. They ended up in a cheap lodging in Ruaka,” Elias who has since separated with his wife recalled.

Red flag: Always using the same cab guy to places she can use her car. Hating on the cab guy can lead to divorce court!

how to catch a cheating wife 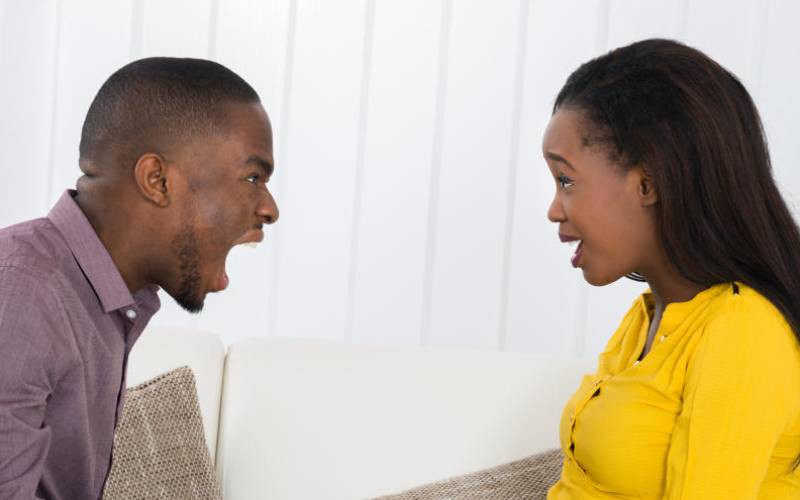 Protect your child from indecent punishments in school
Parenting
By Eve Waruingi
9h ago
Can you predict your date of death?
Health
By Dr Alfred Murage
10h ago
The seven secrets of success
Living
By Bishop David Muriithi
10h ago
Valentine's is coming, where is your boyfriend?
Wellness
By Esther Muchene
10h ago
Childbirth: Should men be in the labour ward?
Living
By Peter Muiruri
11h ago
.