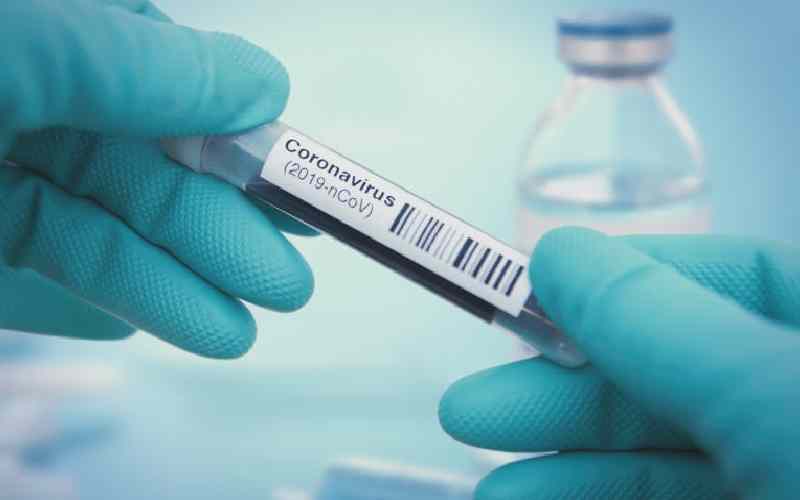 A report by scientists has revealed that Europe was the origin of Kenya’s coronavirus.

In a research conducted by KEMRI-Wellcome Trust Research Programme in Kilifi Kenya revealed that the dominant strain of the coronavirus in Kenya’s Coast was of European lineage, consistent with what has been reported in some parts of the world including several African countries.

This specific strain (lineage B.1) of the coronavirus was first identified globally on February 15th, 2020 which accounted for 45 out of the 76 introductions in Kenya.

“Though multiple lineages were introduced in coastal Kenya within three months following the initial confirmed case, none showed extensive local expansion other than cases characterised by lineage B.1,” reads the report in part. The report is dated October 7, 2020.

In the findings, at least of 274 SARS-Cov-2 samples were collected at the coastal counties of Mombasa, Kwale, Taita Taveta and Kilifi, with European lineage accounted for 82.1 per cent of the cases.

Other lineages were detected from screened returning travelers at the Kenya-Tanzania border though it did not lead to established transmission.

Based on global data, European origin lineage comprised the majority of the large Italian and United Kingdom (UK) outbreaks, and was observed in several other European outbreaks and has spread to the rest of the world.

Kenya reported its first confirmed case of COVID-19 on March 13, just two days after the virus was declared a pandemic by World Health Organisation (WHO).

By then, SARS-Cov-2 outbreaks had been confirmed in parts of Asia, Europe and North America following original emergence in Wuhan, China, in December 2019.

In the month of June, Kenya had reported 6,180 SARS-CoV cases and 144 associated deaths.

Several public health measures were put in place to prevent spread and contamination of the virus, among them closure of international borders, dusk to dawn curfew and closure of all learning institutions.

Restaurants, bars and nightclubs and religious meetings were also banned.

However, despite measures put in place, Kemri notes that European lineage virus continued to dominate the cases in the coastal region, including most recent samples sequenced from the month of June 2020.

The dominant lineage at the coastal region was B.1, which was first sampled in March and accounted for 82.1 per cent of the sequenced cases (225).

In the report, Kemri states that international points of entry were important conduits of SARS-CoV-2 importations, but few undetected introductions were sufficient to give rise to an established epidemic.

In the report, researchers note that based on self-reported history of travel, approximately 40 per cent of infected individuals had no history of travel outside their localities, giving evidence of an established local transmission.

A separate introduction of lineage A was observed from an individual who had travelled from Dubai. Lineage A, is characterised by the early Chinese sequences.

“However, following these introductions there was no evidence of ongoing transmission from lineage A viruses,” adds the report.

“Given the dominance of B.1 lineage during the early phase of the epidemic, it is not surprising that many of the coastal sequences contained the spike D614G variant. This mutation arose early during the epidemic, and now dominates the majority of the cases across the globe,”

Although several major global viral lineages were detected in returning citizens or international travelers, at the entry points or within the country, few resulted in large outbreaks.

They reveal that government actions of enhanced border control and screening, quarantine and isolation of positive cases were effective in mitigating transmission.

In addition, restrictions in international air-travel into the country also reduced the number of potential introductions of the virus.

Kemri-Wellcome also collected 35 samples at the border of Kenya and Tanzania.

In neighboring Uganda, international truck drivers including those from Kenya were identified as common sources of the infection.

The finding led to mass testing of truck drivers in Kenya and a requirement of a “COVID-19 free certificate” before leaving or entering Kenya.

The genomic analysis of SARS-CoV-2 cases in Uganda detected lineages similar to those researched on by Kemri-WellcomE Trust.

Finding by researchers was aimed at emphasis on the need for common strategies across East Africa to effectively control the pandemic.

In the report, scientists recommend that it will be interesting to continue evaluating the local spread and sustainability of this lineage in Africa as the epidemic evolves.