Two in every 10 Kenyans addicted to drugs – Nacada 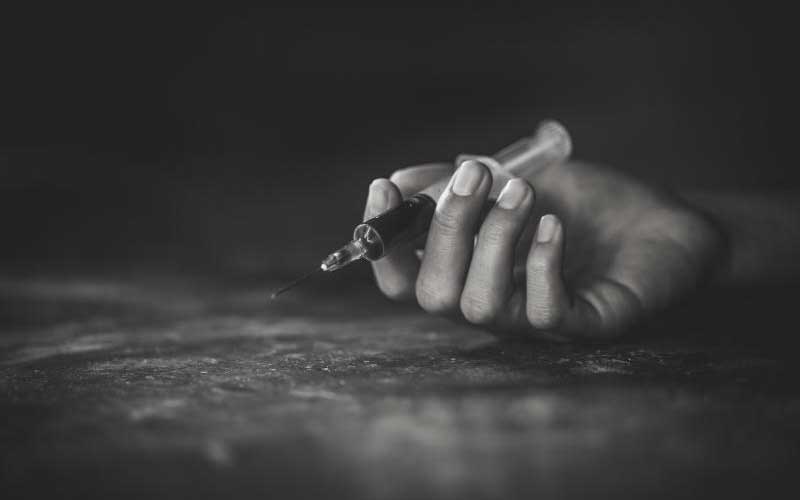 The National Campaign Against Drug Abuse (Nacada) has expressed concern over the rising number of Kenyans suffering from drug addiction.

The agency said its recent baseline survey revealed a shocking 23.3 percent of Kenyans are abusing drug substances including alcohol, tobacco and bhang.

Mr Okioma said the agency is now planning to carry out county surveys aimed at achieving a clear picture on the situation of drug abuse in counties.

According to the CEO, alcohol, tobacco, miraa and bhang are the most abused drugs in the country in that order.

“We have established through our national survey that 23.3 percent of Kenyans have a big problem of drug abuse and addiction. We are now planning another survey to establish how serious the situation is in counties,” said Okioma.

He said Nacada is using the surveys to evaluate its performance in the fight against drug abuse.

He told counties to strictly regulate licensing of bars to reduce access of alcohol, especially among students.

He added: “The youth are the majority and the problem (drug abuse and addiction) is getting into schools.”

He was speaking in Iten, Elgeyo Marakwet County during the unveiling of a Sh10 million rehabilitation centre.

Nacada Chairman Lt. Col (RTD) Julius Githiri said the establishment of the rehabilitation centre will help in reintegration of addicts and making them productive, in collaboration with county governments.

Githiri said rising cases of murder and suicide in the country have been linked to drug abuse and addiction.

“Many Kenyan drug addicts are living in denial and we are challenging counties to take a leading role in offering the addicts alternative livelihoods after the rehabilitation,” said Githiri.

Elgeyo Marakwet Governor Alex Tolgos said the 80-bed rehabilitation centre will be equipped and operationalized before August this year.

Tolgos said the facility will be merged with the Iten County Referral Hospital for ease of management and treatment of the addicts.

“A survey showed that Elgeyo Marakwet County was among the leading drinking county in the country and that prompted our action. We started by rehabilitating 1,200 illicit drinks brewers as a preventive measure and we thank Nacada for the intervention,” said Tolgos.

The county boss said some health workers suffering from addiction have listed among the first group of residents to be rehabilitated.

Other counties that have established rehabilitation centres in partnership with Nacada are Kisii, Nakuru and Kakamega.