I blew the whistle on Kemsa scandal- CS Kagwe 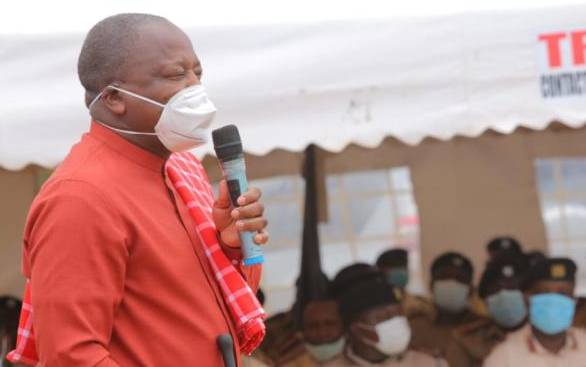 Health Cabinet Secretary Mutahi Kagwe (pictured above) has said that he was the whistleblower in the procurement scandal that recently plagued Kenya Medical Supplies Agency (KEMSA) falling under his Ministry.

Speaking to KTN News, the CS said he was responsible for calling DCI detectives to commence investigations in the Ministry.

“I am the one who spoke to them to come here and start the investigations in the Ministry of Health, in our parastatals,” said CS Kagwe told KTN News in an interview.

The CS who was last week grilled over the scandal stated that the danger of corruption is that it creates costs that are unnecessary, thus, increases the cost of health care, medicine and that of maintaining our system.

While being probed by the Senate Committee on Health, the CS pushed the blames on the doorstep of the agency after he denied giving instructions that led to the breach of procurement procedures.

“When we are fighting this dragon, we are fighting it in order to keep the costs down. Amongst the objectives is to overcome that corrupt environment,” explained the CS.

When being grilled, Kemsa CEO Jonah Manjari told the committee that he received instructions from CS Kagwe and his Principal Secretary Susan Mochache. But Mr Manjari, later on, changed tune saying that he never acted on the instructions of the two officers.

Kagwe who took office in February 2020, has also stated that the cost of certain items in the ministry has dramatically reduced since he took over.

“Since I got here, one of the achievements I can truly say is an achievement in the ministry is reducing the cost of those things by over 50 per cent. That is money that can now go into medicines,” said Kagwe.

He also painted a picture of how deep the corruption is saying it would take a multilevel approach to do it. According to Kagwe, the war can be won on the audit level, the financial level and the mental level.

“It has to be a mental shift. People have got to believe that they can come to the office, do their job, without being corrupt without trying to see what they can get for themselves and provide service from the people,” said the Health CS.

When asked about what he thought about the people who called out for his resignation, Kagwe says that it was their right especially the genuine Kenyans who were disappointed by the shady dealings in the ministry.