Travelers to be screened for ‘Chinese’ coronavirus- Government 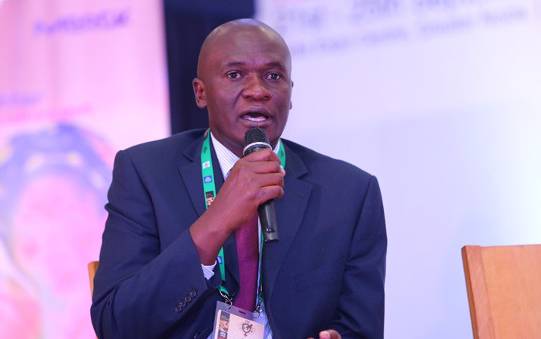 The Government has said it has activated surveillance to prevent the entry of coronavirus which broke out in China into the country.

The Ministry of Health on Thursday revealed that travelers entering Kenya from China through various border points will be subjected to rigorous screening for the virus as the country strives to prevent any spread of the disease.

According to the health ministry, all the 47 counties have been notified to take part in the exercise and work closely with the central government.

“Ministry of Health has heightened surveillance at all ports of entry and screening of passengers for coronavirus. An alert has also been sent to all 47 counties through the directors of health and Kenyan governors to widen efforts,” the Ministry revealed on its Twitter page.

The Acting Public Health Director-General Patrick Amoth (above) said the government was not leaving anything to chance owing to the deep business relations between Kenya and China.

“We have started screening for all passengers who are coming from China and we will wait for the WHO to give us further guidance,” said Dr Amoth.

Jomo Kenyatta International Airport receives at least three flights in a day as travelers move between China to Kenya.

Reuters reported on Thursday that coronavirus, which is said to be almost similar to Severe Acute Respiratory Syndrome (SARS), had killed at least nine people.

Chinese press reported that the country had noted 473 cases of infection as of January 21, yesterday.

According to the Chinese authorities, the virus emerged in Wuhan city, and they are still establishing its origin.

The Chinese health agencies added that the virus may have come from animals given that Wuhan is synonymous with illegal trading of wildlife.

The World Health Organisation supported this with an assertion that the virus may have originated from animals.

Following the spread of the virus, the Chinese government is on high alert as it tries to contain it.