Higher sex drive!!- Things you are likely to experience after turning 30 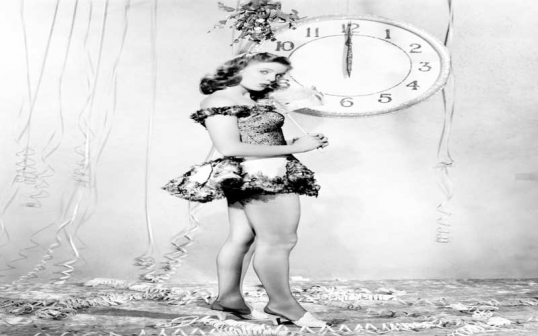 When you turn 30, upsetting things happen. Apparently. You start to slow down, you ache more, and you probably don't even own a house yet.

Yes. Your big birthday party has finished and a deep, harrowing feeling of despair has set in. You might also look forward to putting on weight and getting grey pubic hair.

We can't fight it. The human body, as we know, is ever-changing. Things happen – things that scientists say come into effect, or start to, when we hit the big three 0.

It's harder to shift when you're out of your 20s. It's because your metabolism begins to slow. For women, pregnancy might play a part too. Stress can also cause weight gain, as a reactionary release of hormones can encourage fat storage increases, nutritionist Jane Michell said. The National Health and Nutrition Examination Survey found that the average person typically puts on one to two pounds per year from their youth up until their mid-30s, according to the Washington Post .

Goodbye, sex? Actually, researchers say that women aged between 27-45 are hornier. They fantasise more, it seems, and have more sex in general than in their early 20s right up until menopause.

But while a higher sex drive might be a good thing, the reason is due to declining fertility, a study by Personality and Individual Differences suggests.

For men, testosterone levels decrease after 30, which can mean a fall in libido. It happens at a rate of about one per cent a year. By 70, the decrease can approach 50 per cent, according to Livestrong .

Hormone changes in our body, heightened with age, can also have an impact on body fat, hair loss, mood swings, and erectile dysfunction. So that's great.

If you don't go bald, you might start to go grey at 30. It's a common time for the hair to start to turn. Also, your pubic hair doesn't escape, Dr Jessica Shepherd, assistant professor of clinical obstetrics and gynaecology at the University of Illinois College of Medicine, says.

She told the Huffington Post : “I hear this complaint in the office. This is one we can laugh off together and say, it’s fine.”

And for some people it’s not just the greyness that can be worrying in your 30s – but hair loss is also a problem.

Probably obvious given the information on sex and fertility above, but yes, babies are much less likely from 30. A woman's ability starts to fall. The chance of conceiving each month is about 20 per cent into the 30s. And men. Your sperm. It goes. Semen and sperm motility decreases continually between the ages of 20 and 80, according to YourFertility .

#Confessions: My wife dated my sister's brother-in-law and now we have to spend Christmas together
Relationships - By The Mirror