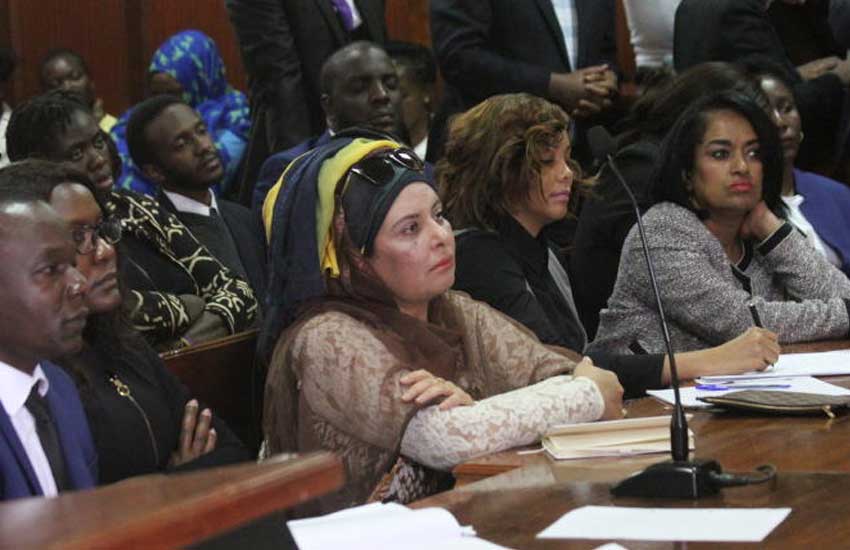 The High Court’s verdict reinstating 2012 safe abortion guidelines has reopened debate on whether abortion is legal in the country.

Although a five-judge bench composed of Justices Lydiah Achode, Mumbi Ngugi, Aggrey Muchelule, George Odunga and John Mativo declared that the Constitution outlawed abortion, they found that the withdrawal of the guidelines as illegal and unconstitutional.

In addition, the judges outlawed sections of the Penal Code that made it criminal to offer abortion, saying it offered “blanket” limitation to women’s rights to health.

According to the judges, Section 26(4) of the Constitution, which prohibits abortion, gives exceptions in which a medical practitioner can offer an abortion.

Is portion distortion making you fat?

They said a woman or a girl who is raped and whose life and health, which includes mental, physical and social well-being, is in danger can abort.

“The Penal Code and Sexual Offences Act prohibits abortion. These Acts predate the Constitution, hence the Constitution takes precedence. The apparent blanket prohibition of abortion in the penal code cannot stand while the Constitution gives the right to a woman to abort when their life and health are in danger,” the judges ruled.

The court made its finding in a case where a 14-year-old girl named JMM procured unsafe abortion in a backstreet facility for Sh1,500.

According to court records, the girl realised she was pregnant two months after being defiled and ended up in a Kisii County hospital, which failed to offer her post abortion care.

The court found that the hospital abdicated its duty of care to JMM and ordered that it should, alongside the Health ministry, pay her Sh3 million for pain and damages caused.

On February 24, 2014, the Director of Medical Services issued a memo banning all healthcare workers from participating in any training on safe abortion.

This meant that pregnancies resulting from rape, incest and defilement could not be legally terminated.

He also banned the use of an abortion drug - Medabon - which is a combination of two other drugs - Mifepristone and Misoprostol- also used in abortion.

Two civil society organisations then went to court seeking orders that the Government puts in place guidelines for safe abortion.

The verdict now opens doors for all those qualified in the medical field, besides doctors, to offer abortion and post-abortion care. In addition, it opens doors for medical training institutions to offer courses on abortion.

The case had split medical doctors and the Health ministry in the middle.

During the hearing, Joseph Karanja, an obstetrician and gynaecologist, testified that he did not believe that an unborn child was a human being.

Although the Constitution provides that life begins at conception, the doctor told the court it started the moment one was born.

“A person becomes a person when they are born. No woman is forced to undergo abortion,” Prof Karanja told the court.

Asked if he advocated saving lives, Karanja said: “We are pro-life but if one (life) has to be saved then the life of a woman is more important as the baby relies on the mother.”

According to the doctor, between 10 and 15 abortions are procured at the Kenyatta National Hospital on referral every day.

“I am aware that the ministry put out a circular banning Medabon. The ministry can stop use of the medicine but other facilities can use it,” he said.

He explained that one could simply walk into a chemist with a prescription and buy the drugs, adding that they could easily be obtained over the counter.

“They (drugs) can endanger the life of the mother if wrongly used. They can cause haemorrhage, high blood pressure and anatomical injuries to a mother. If they are used beyond the second month, they can fail to eject the dead foetus,” he said.

While opposing the case, Ministry of Health’s Productive Health boss Joel Gondi said instead of women procuring abortions, they could give up the babies for adoption.

Dr Gondi insisted that the girl procured an illegal abortion.

He argued that there were other ways of managing unwanted pregnancies, including giving unwanted babies up for adoption.

Is technology going to save the world. . . or kill it?