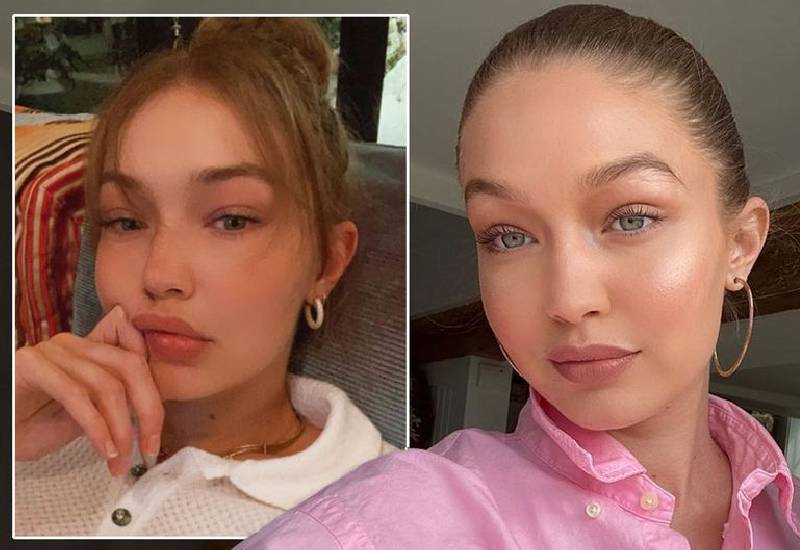 Gigi Hadid's usual frequent social media updates have take a back seat since welcoming her first child in September.

But the model shared her first selfie in weeks on Thursday, unveiling a soft new haircut.

Gigi wrote "fresh snow fresh cut", alluding to the snowfall in New York, where she lives with boyfriend Zayn Malik and their daughter.

The image showed her sitting on the sofa, presumably in their apartment.

Prior to welcoming her first child, Gigi wore her hair uniformly long.

Fans have seen less of her in recent weeks, as she nests at home with her newborn.

Gigi's relative lack of Instagram updates seems to be a new strategy for the media-savvy 25-year-old and her popstar boyfriend.

Themselves no strangers to the highs and lows of living in the public eye, Gigi and Zayn have clearly decided to take another route for their firstborn, at least until she is old enough to choose for herself.

Steering clear of posting facial images of their child on social media, the couple have not even released their daughter's name, despite intense fan speculation.

Tagging Gigi, he wrote: "Our baby girl is here, healthy and beautiful. To try put into words how i am feeling right now would be an impossible task.

"The love I feel for this tiny human is beyond my understanding. Grateful to know her, proud to call her mine, and thankful for the life we will have together x."

Men only: Become an independent gentleman, my friend

'My biggest fear was history repeating itself': Prince Harry tells Oprah in interview
Entertainment - By Mirror

Revealed: The hidden meaning of the funeral flowers you choose
Entertainment - By Mirror