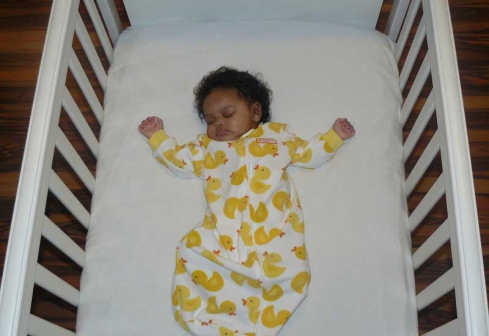 Cot deaths, medically known as Sudden Infant Death Syndrome or SIDS, are rare. However, it’s the most common single cause (90 per cent) of death in babies aged between one week and two years, with most deaths occurring between two and five months.

Only in about 15 per cent of what appear to be cot deaths can a cause be found, such as sudden broncho-pneumonia or a brain haemorrhage resulting from labour. The main characteristic of SIDS is that a thorough post-mortem examination reveals no adequate cause of death.

Babies most at risk

According to statistics, some babies are more at risk than others. It affects more boys than girls for example. Premature babies, those who had a difficult labour or birth, and babies of low birth weight are all at slightly higher risk, as are babies whose mothers have had a short interval between births. If a twin dies, it is known that the surviving twin has five times the ordinary risk of suffering a cot death. Cot deaths are also more common in the cold months. This is now thought to be more likely due to the increase in coughs, colds and other respiratory infections during those months which reduce general immunity.

How much do we really know?

There are many myths surrounding cot death. Many people still believe cot death is caused by suffocation, whether accidental or deliberate. However, suffocation is hardly ever found to be the cause and the suspicion of deliberate suffocation is one which cause acute distress to parents whose babies have died in this way. Cot deaths have also been blamed on bottle-feeding. Although there is evidence that breast feeding offers more protection, wholly breastfed babies do die, and there is no particular evidence that the early introduction of formula milk or solids is a major contributory factor.

Much research has gone into looking for causes with limited success. The good thing, however, is that it has been able to disprove some of the theories. These include the theories that cot deaths might result from an allergy to cow’s milk. Researchers looked at the production of antibodies to cow’s milk in the baby’s blood, but the antibodies were found in healthy babies as well as those who suffered a cot death. The theory that cot death babies might have a cardiac abnormality was upheld for some time because there seemed to be a higher incidence of cardiac abnormalities among babies who had had a ‘near miss’ cot death-when the baby had been discovered in time and revived by parents or others. However, this hasn’t been shown to be the cause in most cases.

It is now thought that cot death almost certainly doesn’t have a single cause, but is due to a combination of factors. One of the most widely supported theories today is the ‘immunity gap’ theory.

A baby’s immunity to diseases is passed on at birth through her mother’s placenta, but this gradually wears off and the baby develops her own active immunity to the diseases she encounters.

Cot death most often occurs during the time when passive immunity from the mother has worn off but the baby has not yet produced her own antibodies. However, why these infections should kill a baby without leaving obvious traces has still to be explained. A second theory is that the baby may not produce the substance, surfactant, which enables them to separate and take in air during breathing. One doctor discovered that a proportion of SIDS victims had an unusually low quantity of lung surfactant, and is still investigating this link.

Some specialists believe that the baby may somehow ‘forget’ to keep breathing when in deep sleep. A part of the brain called the brainstem is responsible for controlling breathing and making sure that when the level of oxygen in the blood falls, a person will breathe in. In some babies, this control of breathing is unstable and these babies often hold their breath for 15 seconds or more while sleeping-a condition called sleep apnea.

Some researchers believe that in deep sleep, especially if a baby has some breathing obstruction, such as nose blocked with catarrh because of a cold, the mechanism which makes a baby breath might fail to work. This theory has some support because examination of ‘near-miss’ babies has shown that more than average have sleep apnea and a slowing of their heart rate.