How to tell when your child is ill 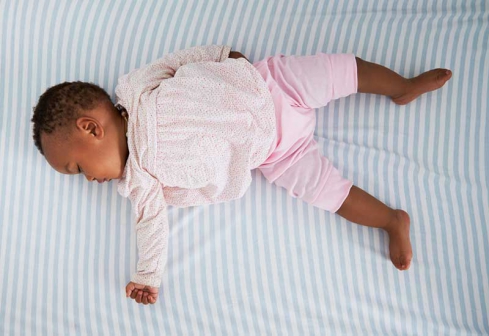 However, parents may worry that a symptom may be a signal that something more serious is going on with their child, so it is important to familiarize yourself with the various signs and symptoms of illness in children. As a general rule, a symptom that becomes gradually worse or that goes on over a long period, perhaps more than day or two, often points to something more serious.

When to seek medical advice

There are several common signs and symptoms that may guide parents in their decision. These are often non-specific and may be related to a number of different disorders. Where there is a clear connection between a specific symptom and a disease, the decision is easy; if not, medical advice may be required. Certainly if you are at all anxious or undecided, consult a doctor.

Most parents will tell when their child looks ill, and there is usually an obvious difference between the child who feels just ‘off’ and one who is seriously ill. Particular signs to look for are dry mouth and sunken eyes, which are a sign of dehydration, pale mottled or blueish colouration of the skin, which may indicate a serious infection; most rashes are usually obvious. Many rashes start behind the ears or on the face, but in some serious infections, the rash may start elsewhere on the body and not be obvious in the early stages.

The child who is unwell will often be uninterested in what is going on around her and may not be comforted by her parents. In particular, an ill child may pass rapidly through a phase of crying frequently to one where even this is too much effort.

It is worthwhile noting unusual smells from a child. Drug ingestion such as alcohol or paraffin will often leave a characteristic smell. An ill child who has not been eating well will also produce substances called ketones which can be smelt on the breath. These smell like nail remover.

Different respiratory problems may produce a different sign or change in breathing. A particular sound produced during abnormal breathing often indicates the physical site of the problem. A blocked nose or pharynx (back of throat) from mucus produced during a cold will produce a characteristic nasal voice and obviously stuffy nose.

In particular, a child may not be able to feed normally as she relies particularly on nose breathing during the feeding process. Babies or young children may also find it difficult to sleep if their noses are blocked.

An inflammation of swelling of the throat around the vocal chords will produce a characteristic croupy cough which is harsh, dry and rather brassy. Breathing will be obviously noisy, often sounding worse when the child breathes in.

Inflammation or blockage of the airways in the lungs themselves, will produce a characteristic wheeze such as that produced during an asthma attack.

Most children cry because of discomfort or simple needs such as affection. However, prolonged crying may indicate pain or distress. If the child starts crying unusually, once the basic needs have been attended to, a possible illness should be looked for. It is important to note that ill babies or children may be too ill to cry at all and may lie apathetically despite being in pain or discomfort.

Parents know the eating habits of their children and are frequently aware that a change in the feeding pattern is the first sign that all is not well. In association with the change of appetite, diarrhoea or vomiting may occur and it is important to remember that these symptoms do not necessarily indicate a disturbance of the stomach or bowel. They frequently occur with other infections such as tonsilltis, ear infection or other general illness.

You should consult a doctor if your child fails to gain weight over a long time, or in fact loses weight quickly unless there is a clear reason for the weight loss.

Pain may be very difficult to assess, especially in a young child. Although crying can be a symptom of pain, it may be a more general indicator of a feeling of being unwell. Young children have difficulty localising pain and frequently a sore throat or painful ear may produce apparent pain the abdomen or neck.

Older children may readily localize pain in the appropriate part of the body, as well as being able to give more sophisticated information such as time of onset, frequency and possible factors which produce the pain or relieve it.