Are Cardi B and Offset already married? 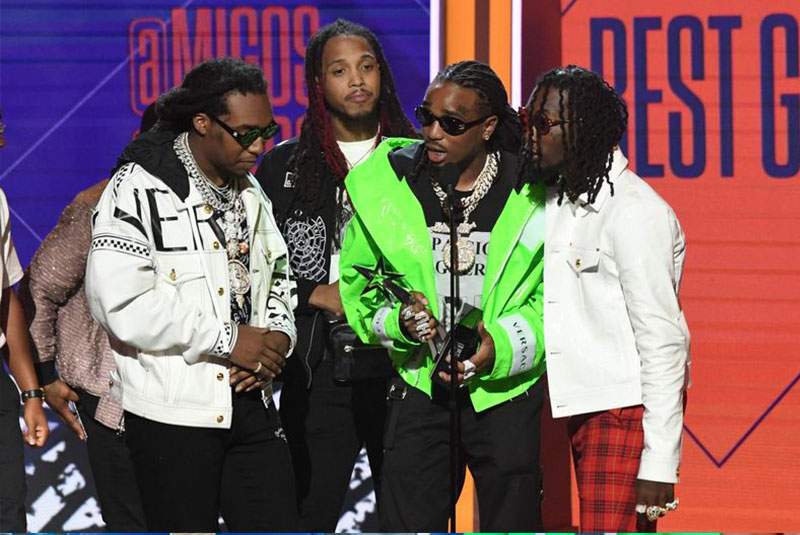 They're engaged and expecting a baby, but have Cardi B and Offset secretly MARRIED?

The rapper sparked speculation as he appeared on stage at the BET Awards in Los Angeles last night. Accepting the Best Group award, Offset took the mic from fellow Migos star Quavo and and said: "I thank my wife." The comment sent fans into meltdown as they speculated whether the pair had tied the knot in secret. 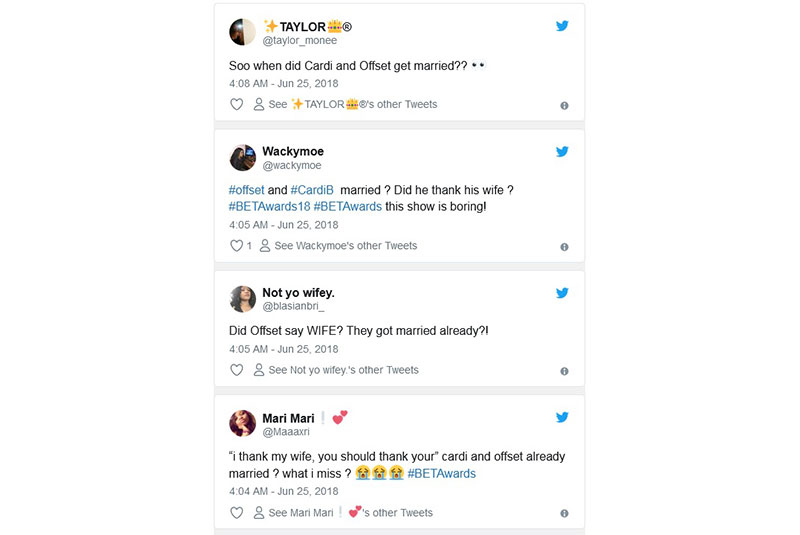 Last month, pregnant Cardi she does not plan to walk down the aisle just yet, because she wants to be able to drink at her wedding.

The 25-year-old and Offset, 26, are one of hip-hop's most high-profile couples, having met at an industry party in New York before becoming engaged in October 2017. 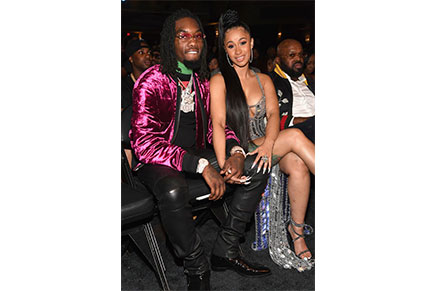 She said the pair have "more than a relationship" and that they are "planning to build a really big future". The Bodak Yellow performer also confirmed she's expecting a baby girl and the couple already have a name picked out. Appearing on the Howard Stern Show, Cardi revealed: "I am having a girl." She added: "I didn't pick the name so, if you interview my dude, he'll tell you (what the name is)." 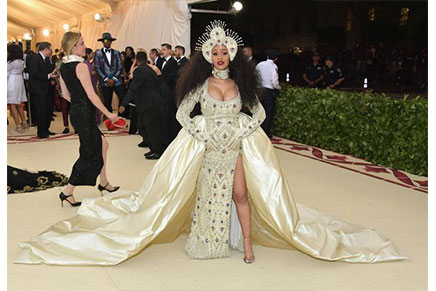 Cardi B and Offset "clock" each other, she told the radio show, pointing out the expensive purchases the other one makes, such as the diamond chains both often flaunt. Cardi B, real name Belcalis Almanzar, released the critically acclaimed album Invasion Of Privacy in April.