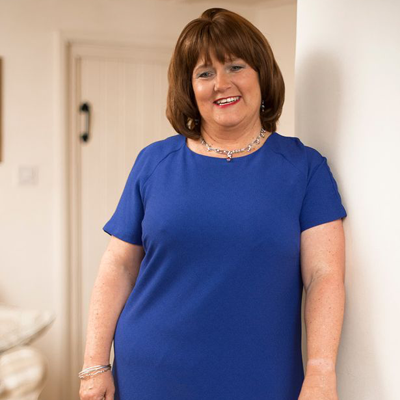 Janet Saunders may look like a typical prim and proper ­middle-aged woman when she is dressed-up for a night out – but the truth is very different, reports the Sunday People.

Perfectly manicured nails, flawless make-up and modest, conservative dresses give no clue to a secret life that makes her the last woman who wives want their men to chat to.

For mum-of-two Janet, 50, is a self-confessed sexual predator, who only targets other women’s partners.

So far she has bedded 13 different men,it began after her own husband walked out.

And she admits she caters for an “adventurous” kind of love-making that is probably off-limits in their own bedrooms.

Janet spoke to the Sunday People at her home in an Oxfordshire town at the centre of David Cameron’s well-heeled “Chipping Norton Set”.

Janet went on: “I do look prim and proper. Folk would never suspect if they saw me walking down the road.

"They’d be shocked if they knew what I get up to. It’s all very exciting.”

But she is quick to defend her ­unorthodox view.

Most just want something more than the normal they have at home.

Janet meets her partners through an internet dating site called Illicit Encounters, which specializes in helping attached people have affairs.

She says attracting a string of lovers boosted her self-esteem after her ­husband of 27 years announced he was leaving.

They met when Janet was just 19, got married within three years and soon had a daughter and son.

She recalled: “I was naive. I thought we’d grow old together. We had ­everything, a big detached house, nice cars, exotic holidays...”

But Janet’s world was turned upside down in 2009 when her advertising executive husband came home and told her he was leaving her for an Eastern European woman he met online.

She said: “I was having a bath. He suddenly took off his clothes and got in with me. He said he’d fallen in love with this dolly bird.

After her husband left she was racked by a loss of self-esteem, struggling to believe any man would be interested in her.

She threw herself into work at a private healthcare company.

Then one day she spotted an advert for the dating website in a local ­newspaper.

After signing up she was amazed when her email quickly filled with requests from men for a meeting.

But her first attempt at a ­liaison proved disastrous.

Janet recalled: “I agreed to meet the very first person who asked. Looking back now, I was desperate.

"It was only four months after my husband had left so I guess I was still a bit low.

“I didn’t tell anyone where I was ­going. We met in a station car park and stupidly I hopped on a train with him.

"I had no idea where we were going and think we ended up in Derby.

"He was obese. He said hello and started ­groping me. I was petrified and called a male friend to rescue me.”

But Janet tried again and this time was swept off her feet by a well-­mannered pilot.

“We hit it off straight away,” she said.

“But I felt horribly guilty. I’d done to another woman ­exactly what my husband had done to me.”

The pilot put her at ease.

Janet said: “He cuddled me and explained that he had a long-time partner who was ­terminally ill and they hadn’t been together for years.

"Knowing all that made me feel a lot less guilty.”

Encounters with other men followed. Usually they were younger than her, with the youngest around 35.

She said: “These men are well groomed. There are pilots, policemen – lots of policemen – and even judges.

"You’d be amazed what they get up to. I couldn’t believe they would be interested in me. It became so gratifying.

“I’m not interested in being the other woman, making demands on their time, or taking them away from their families.

"Being with me leaves men happy and makes them better husbands.”

But Janet had a frightening experience with one lover – and it led to the secret life she had hidden from her grown-up children being laid bare.

She recalled: “He was a policeman and was perfectly nice the first time. But then he changed.

"We’d just had slept together when he freaked out about cheating on his wife and blamed me for being a temptress.

“He grabbed me, pushed me around and threatened to assault me with his truncheon.

"By the time I got out of the room I was covered in bruises.

“My children could see something was wrong and I ended up blurting out what happened.”

Janet said that although her son and daughter were upset they have now come to accept the situation.

But she admits her new life has not gone as planned.

For she has broken the cardinal rule of the dating site – she let herself fall in love.

Janet said: “He was another policeman, gorgeous with the body of a model.

"He was open-minded and willing to try anything.

“But I started to get clingy, buying him things and wanting to see him all the time. He cut off all contact.”

And she said: “I’ve fallen completely in love with him too. I’d give all this up for him but his situation won’t allow it.

“Never mind. There are plenty more fish in the sea – or on that website.”