Hope for vaccine as Africa marks one year of Covid-19

By SAADA HASSAN | 1 month ago 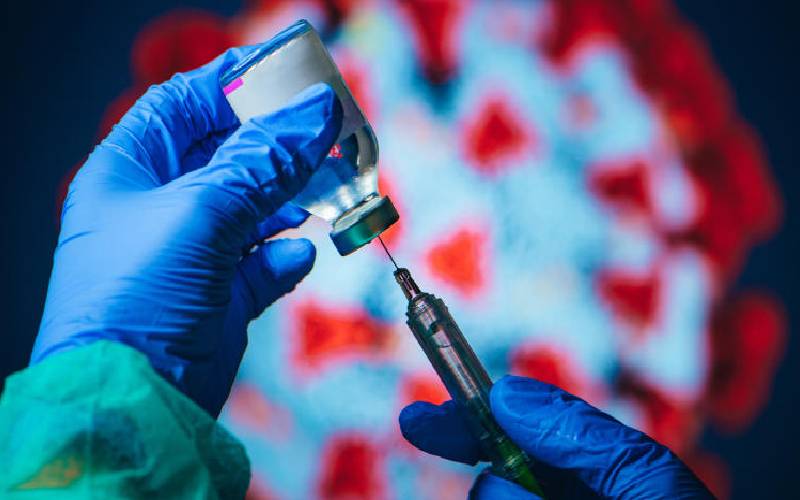 It is now one year since the first Covid-19 case was reported in Africa on February 14, 2020 in Egypt.

So far, the number of infections recorded have been low compared to predictions that expected Africans to die en masse.

Although testing capacity has been questioned over time, the World Health Organisation (WHO) says the continent now has 42 labs capable of testing for the virus.

On May 20, 2020, the Covid-19 cases reached 100,000, with several countries taking stringent measures to combat the spread, such as shutting down their borders, imposing curfews, among others.

As countries started pushing for the manufacturing of vaccines, the WHO was asking for equitable access for all.

This led to the formation of the African countries Covid-19 vaccines initiative with an aim of collective bargaining with the developed nations for the vaccines.

Currently, according to Africa CDC, the continent has recorded 3.7 million Covid-19 infections and 98,480 deaths. Globally, there are 109 million confirmed cases and 2.4 million deaths.

Scientists have attributed the low Covid-19 cases and deaths to a younger population, under-reporting of cases, climatic difference or pre-existing immunity.

Vaccine manufacturers continue to work tirelessly to produce effective vaccines even as new strains of the virus are reported across the world.

Africa continues to lag behind even as some countries in the North have already procured the vaccines in large amounts and started vaccinating their citizens.

According to WHO Director General Tedros Ghebreyesus, the development of the vaccines was meant to bring hope to the world but now it has brought inequality between the haves and have-nots.

Dr Ghebreyesus says it is unfair that rich countries are vaccinating even their young ones while poorer countries have not vaccinated their health workers and the elderly.

“Not only does this me-first approach leave the world’s poorest and most vulnerable people at risk, it’s also self-defeating. Ultimately, these actions will only prolong the pandemic, the restrictions needed to contain it, and human and economic suffering. Vaccine equity is not just a moral imperative, it is a strategic and economic imperative,” he said.

Rwanda has become the first East African country to begin its first vaccination phase, which will be administered to high-risk groups, including frontline workers.

According to a statement shared on social media on Sunday, Rwanda’s Ministry of Health says the national vaccination programme has begun, with WHO-approved Covid-19 vaccines acquired through international partnerships in limited quantities.

Publications from the country say Rwanda acquired at least 1,000 doses of the Moderna vaccine, even as it expects to receive more through the COVAX facility.

“The initial vaccination plan is however different from the wider roll-out that is expected to start before the end of February, with supplies expected through the COVAX facility and the AU’s Africa medical supplies platform,” reads a statement from the ministry.

The ministry says Rwanda is ready with infrastructure, protocols and personnel in place.

As per the public data on vaccines rollout, Rwanda is supposed to receive at least 996,000 doses of AstraZeneca and 102,960 doses of the Pfizer vaccine between February and March.

These doses will be given in the second phase of vaccination. Meanwhile, mass testing in the capital, Kigali, is still ongoing for city residents who portray coronavirus symptoms and are contacts of Covid-19 patients.

According to a tweet by Zimbabwe President Emmerson Mnangagwa, the first batch of vaccines for the country has been successfully delivered.

A local daily says the first batch, which comprises 200,000 doses of Sinopharm, was donated by the Chinese government.

A 600,000-batch purchased by the country is expected to arrive early next month.

“We start vaccinating Zimbabweans this week! The faster our country is protected against this virus, the faster Zimbabwe’s economy can flourish. God bless you all, god bless Zimbabwe!” the tweet reads.

Rwanda has recorded just over 17,000 cases and 239 deaths as of Monday and it remains the country that has implemented some of the strictest anti-coronavirus measures on the continent.

In January, Australian think tank Lowy Institute placed Rwanda in sixth place with 80.8 points in managing the pandemic. The rankings are based on how a country managed the pandemic in the 36 weeks following their hundredth confirmed case of Covid-19 and availability of data.

Kenya was ranked 48th with Uganda climbing the ranks higher at position 30.

There are threats of the virus from the neighbouring countries.