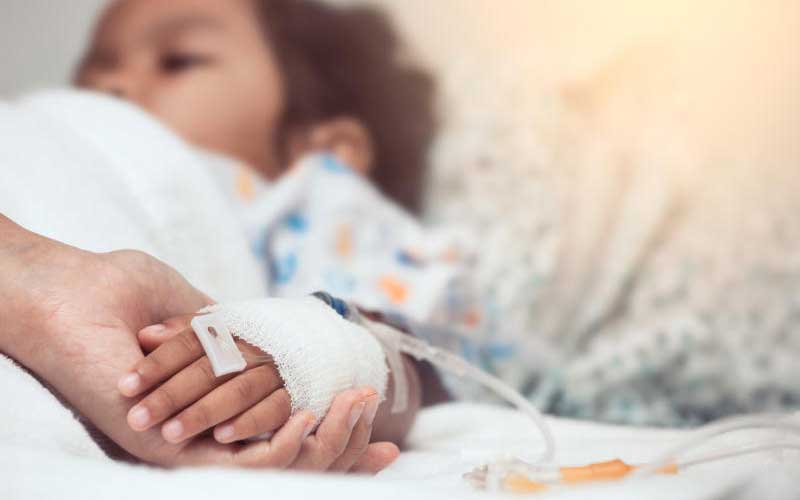 Kenya is losing 80 out of every 100 children being treated for cancer, much higher than in equally poor countries.

“This is totally unacceptable, we can do much better,” says Prof Jessie Githanga, a consulting oncologist at Kenyatta National Hospital (KNH).

The causes of the deaths, she says, are multiple and include poor infrastructure, shortage of skills and personnel, poor community awareness and late presentation, myths about the disease and high cost of medicines.

“Our cancer treatment is horrendously expensive and much higher than in comparable facilities in Africa” says Prof Githanga.

In a recent public presentation on the status of childhood cancers in Kenya, Prof Githanga said medicines alone irrationally constitute almost 40 per cent of treatment.

Consequently, most affected families, she says, do not seek care, and those who do many do not complete the treatment.

“It is just heartbreaking,” she said in a recent webinar organised by Faraja Cancer Support Trust.

Githanga led an international team of medical experts to estimate the cost of treating childhood cancers in Africa.

In their report, published last month (October) in the journal Cancer, the cost of childhood cancer treatment was highest in Kenya compared to Tanzania, Nigeria, or Zimbabwe.

The team assessed four leading childhood cancer treatment facilities, one each from the four countries, with Kenyatta National Hospital sampled for Kenya.

“The most expensive cost input was found to be associated with medication in Kenya, and medical personnel in the other three centres” concluded the study.

Medications, the study says accounted for nearly 40 per cent of the costs in Kenya, which is a substantially higher percentage than that of any of the other centres.

The costs per newly diagnosed patient, for example, ranged from Sh256,000 in Zimbabwe to 10 times higher in Kenya at about Sh3.4 million.

Whether paid through insurance or out of pocket by patients, Githanga says cancer medicines are many times more expensive in Kenya compared to the other study countries.

For example, the price of the drug 6MP, a long-term treatment for a type of blood cancer in children, is six times higher in Kenya than in Tanzania.

Despite the high cost of medicines, the study shows survival rates in Kenya at only 19 per cent compared to 43 per cent in Tanzania.

Another consequence of the high cost of medicines in Kenya, the report shows, more than half of the patients are likely to abandon treatment.

The high rate of abandonment of treatment in Kenya, Githanga says, is partially because many patients have no insurance cover.

Even those on the National Hospital Insurance Fund (NHIF) cover are affected because some components such as diagnosis, screening, outpatient, palliative or survivor care are not covered.

“These can be substantial and in many cases lead to unacceptably high rates of financial ruin of families,” says Prof Githanga.

Commenting on the report, Dr Ronald D. Barr of McMaster University, Canada, draws a link between cancer treatment outcomes and rates of corruption in a country.

He compares top cancer care performers such as Denmark and New Zealand which also score highest on the global Corruption Perceptions Index to Kenya which does poorly on both scores.

In 2018, the then Cabinet Secretary for Health Sicily Kariuki, had promised that Kenya would regulate the cost of medicines, remove shadowy middlemen and make drugs affordable to the majority of Kenyans.

“We have witnessed well-documented overpriced medicines in our chemists and even government facilities. How do we attain universal healthcare if we sell drugs at a profit margin of 400 per cent?” Sicily posed.

Out of pocket Vs Insurance

The Ethics and Anti-Corruption Commission had reported Kenyans paying as much as 5,000 per cent more for medicines and treatment in public hospitals.

For example, the commission said a bladder operation would cost Sh7,500 for cash-paying patients, but Sh90,000 for those using insurance cards.

The ministry had then formed a task force which after benchmarking in Thailand was supposed to draw up a drug rationalisation policy.

“We had even drawn up an essential cancer medicines list for the standardization of prices. But with a change of guard at the ministry this was abandoned,” says David Makumi of the Kenyan Network of Cancer Organisations.

Using a similar approach, Githanga says Uganda has recently managed to bring down the cost of cancer medicines by 59 per cent.

But even a bigger problem, says Festus Njuguna, the head of child cancer unit at Moi Teaching and Referral Hospital (MTRH), is a high number of children with cancer in Kenya who never reach the hospital.

“Thousands of cancer-stricken children are suffering, in pain and dying at home with no care at all,” says Dr Njuguna.

Kenyatta Hospital and MTRH are the only public facilities in Kenya offering comprehensive child cancer treatment. However, MTRH still has to refer cases to KNH for radiotherapy or those who can attend a private facility in Eldoret.

Kenyatta with only 28 child cancer dedicated beds admit about 100 children annually with the majority accommodated in the general wards.

“This denies them the required specialised care,” says Githanga.

Equally at MTRH, Njuguna says, childhood cancer cases seen at the hospital have been on the increase from about 70 in 2010 to 250 last year.

But even with the increase, he says they are only scratching the surface. He said it is estimated about 3,500 children develop cancers annually in Kenya but only about 1,000 are diagnosed and get any type of treatment in the whole country.

“It means we are only diagnosing 25-30 per cent of children with cancer and unless we can substantially improve our reach, we cannot talk about improving survival rates,” Njuguna said in the Faraja webinar.

Only about one per cent of children with cancer are getting palliative care, says Githanga. Most health workers, she says, are hesitant to use the much effective though addictive morphine for pain management in children.