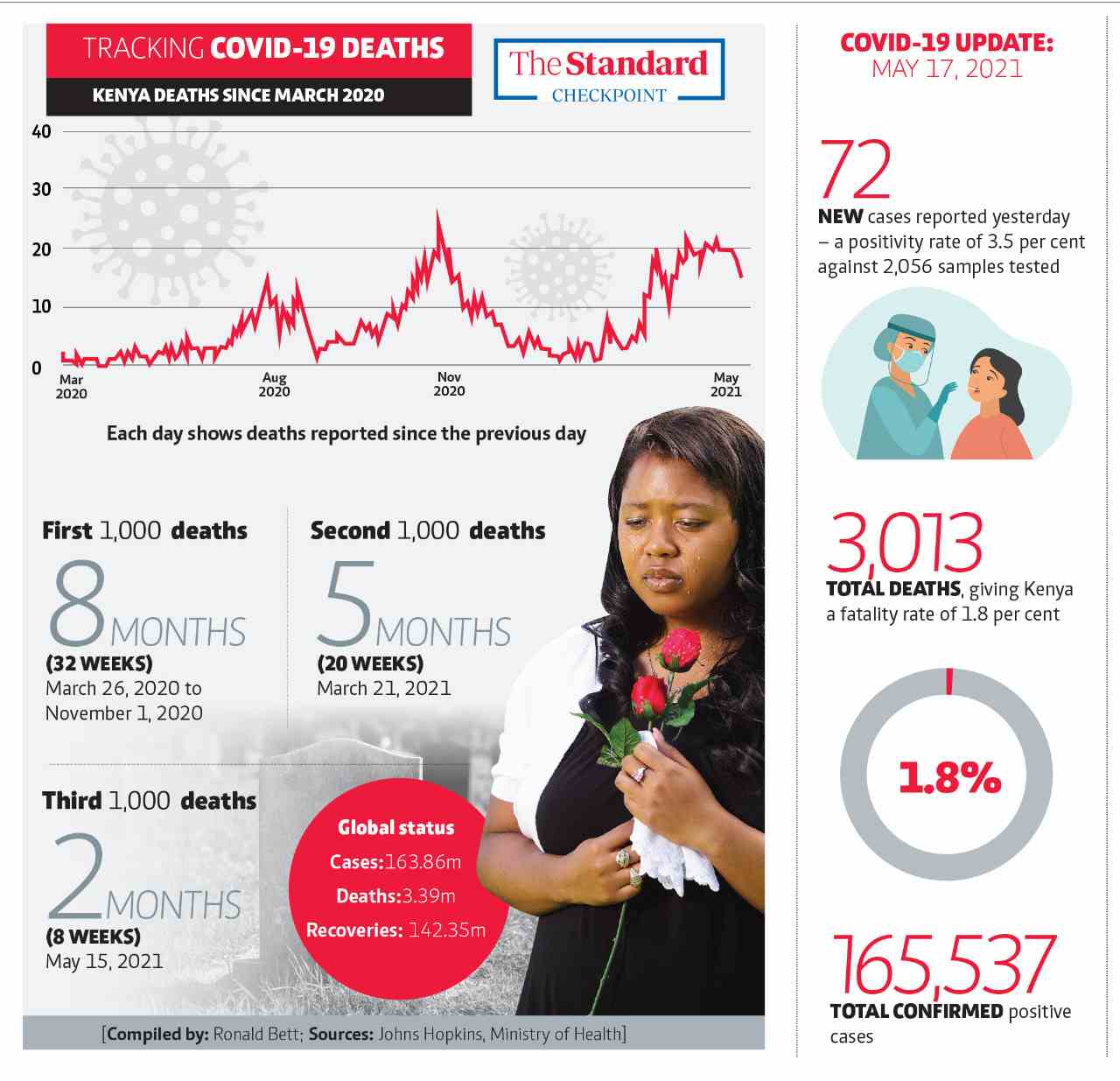 It took Kenya eight months from March 26, 2020 - when the country reported the first death from Covid-19 - to report 1,000 fatalities from the viral disease.

Going by this trend, the Ministry of Health is now predicting that Kenya’s fourth wave, expected in July, is likely to be more lethal.

During the first wave in August 2020, the country reported an average 14 deaths a day. Three months later, in November, during the second wave, the average daily deaths stood at 19.

During Kenya’s third wave, which lasted about three months from February, the country registered an average of 21 deaths a day.

The Health ministry now projects the fourth wave will begin in June or July, at the peak of the cold season. Scientists have documented increased cases of Covid-19 when temperatures dip.

The situation is likely to be further complicated by the increase in variants that spread faster and are more lethal than the original SARS-CoV-2 that gave rise to Covid-19. The variants are Indian (B.1.617), UK (B.1.1.7) and South African (B.1.351).

To manage hospitalisation and deaths linked to Covid-19, scientists are pushing for herd immunity.

The World Health Organisation describes this as “the indirect protection from an infectious disease that happens when a population is immune either through vaccination or immunity developed through previous infection.”

According to Matilu Mwau, a virologist and deputy director at Kenya Medical Research Institute (Kemri), the ideal level is “at least 60 per cent to 80 per cent herd immunity”.

But Kenya is facing a shortage of vaccines and may not get the second shipment of Oxford’s AstraZeneca jabs in time to beat the 12-week maximum window between the first and second dose. “You have seen how difficult it is to access the second dose of the vaccine,” said Acting Director General for Health Patrick Amoth, “so it is important to observe the laid-down containment measures and protocols.”

He said this would hopefully help the country cope with a fourth wave.

Prof Mwau said there was need to modify vaccines, where necessary, to be effective against respective variants. For example, he said AstraZeneca appears not to be effective against the South African variants, but other vaccines appear to be much more effective against mutations of the virus. “Variants might affect vaccine responses, and a way to solve the problem is to keep modifying the vaccines. When vaccines were made, some viruses were considered, but it seems some variants are not amenable to some current vaccines,” said the researcher. 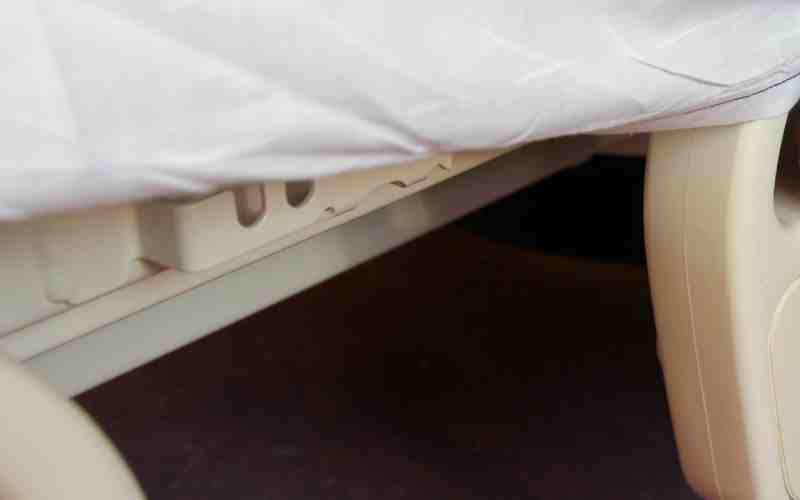