As the world marked Nurses Day this week, gender disparity in the profession came into sharp focus with only 13 per cent of the world's nurses being men.

In Kenya, 24 per cent of nurses are male. In other words, for every ten nurses, just about two are male.

However, according to Seth Panyako, the secretary-general of Kenya National Union of Nurses (KNUN), the world doesn't need more men in the nursing profession but more professional nurses - both male and female.

“There is no crisis to warrant that we encourage more men to become nurses,” Panyako says.

According to World Health Organisation (WHO) Global Health Observatory Data, 2014, Kenya has 1.2 nursing/midwifery personnel for 1000 population.

The recommended number, however, is 2.5 nursing/midwifery personnel for 1000 population.

Alfred Abengo, the president of the National Nurses Association of Kenya (NNAK) believes that men do not need, per se, to be enticed into taking up nursing, saying, “Just pay nurses well and it will attract interest from everyone.”

In Kenya, the average person expects a nurse to be female. “This is because many of our cultures associate the work nurses do to female gender roles,” says Caleb Maloba, a registered nurse, currently with Vihiga County’s Ministry of Health.

He adds: “Traditionally nursing was associated with the birthing of babies and attending to wounds and injuries. This kind of work was thought of as women’s work, hence the fallacy that nursing is a woman’s job.”

Panyako says that nursing was not always thought of as a female-only career.

“During wars nurses were mostly male. This was the case until Florence Nightingale’s time. It is Nightingale that redefined nursing – associating it strongly to women,” Panyako says.

Some scholars have argued in the same manner.

Writing in the journal ‘Links to Health and Social Care’ David Ross of Liverpool John Moores University opines that Nightingale’s perception of nursing as feminine is where the shift occurred.

According to NCK, the first known Registration of a nurse in Kenya was on January 15, 1941; yet the first male nurse in the country was registered on May 6, 1963 – 22 years later.

Today, men – albeit a smaller proportion compared to women – are growing passionate about nursing, thereby applying at Nursing Schools.

Abengo, for example, graduated from Kenya Medical Training Institute (KMTC) with a diploma in nursing, in 1994.

“For me, it was the passion to see people get healed. I feel happy when I attend to a patient and help them get back to good health,” he says.

For other male nurses like Panyako, becoming a nurse was the quintessential ‘Plan B’.

Growing up, he wanted to be a doctor. “When I cleared Form 4 a missionary offered to sponsor my university education. I told her I want to study medicine.

“I started working on applications to Australian universities. In the meantime, I enrolled for a bachelor’s in nursing at Baraton University.

“The missionary’s time elapsed and she left. I couldn’t travel abroad to study medicine as I had hoped. I settled in nursing,” he says.

Maloba too primarily wanted to be a medical doctor. He scored a B-minus in KCSE yet medicine requires a student to have attained A.

“Nursing is close to medicine. When my father asked what course I wanted to pursue, I told him nursing,” he says.

He graduated from KMTC in Kakamega with a diploma in nursing.

Today, he says, nursing is no longer a bedside clinical practice as it was known many years ago. “Nursing has evolved. Today we have specialised nurses: oncology nurses, midwives, ICU nurses, critical care nurses, paediatric nurses and so on.”

Nurses Midwife Ministry of health WHO
Share this story 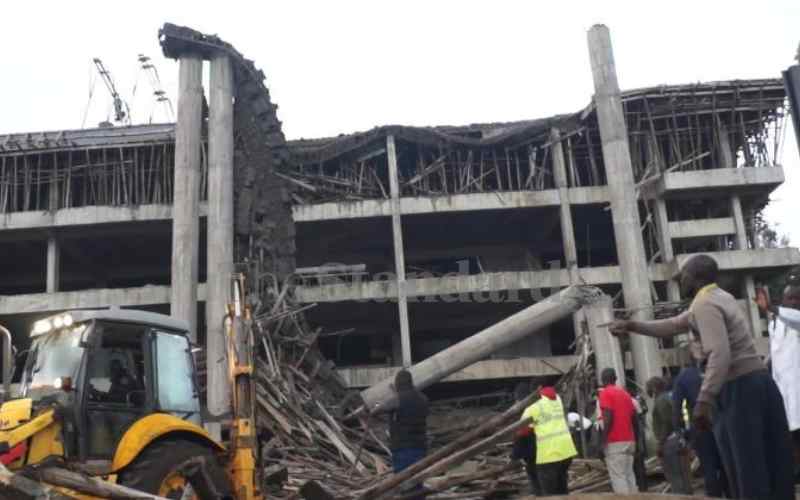