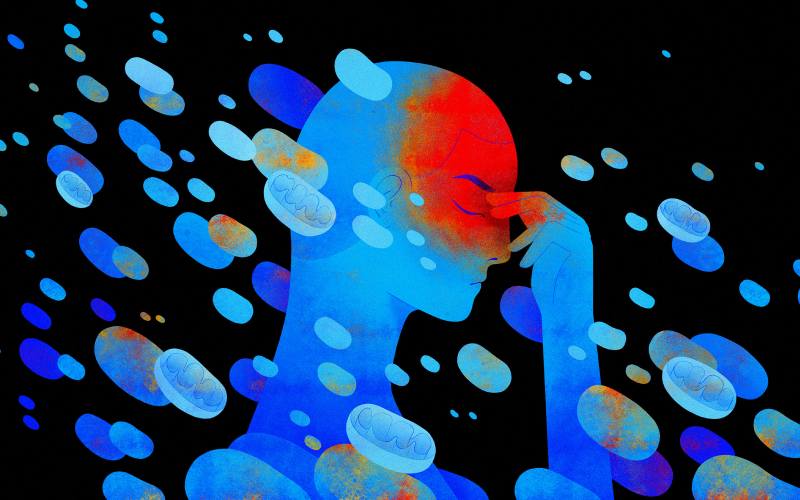 Lucia Anyango remembers the drum beats, songs and piano rhythm that mingled with her daughter’s wild screams as ushers dragged her to the pulpit for prayer.

Behind her, the congregation, hands stretched, was fervently praying for the devil to flee from her daughter who had been exhibiting strange behaviour.

It was early 2020, just before the pandemic necessitated the closure of places of worship.

“The preacher kept yelling for the devil to release my daughter. It was dramatic but I was so depressed at the moment that I believed them when they said my 24-year-old daughter was possessed,” she says.

The first time Anyango noticed things were not right with her daughter was when she heard her mumbling in the dark.

She thought the daughter was reciting something from a book she had read. The mumble turned into a chant. When she peered inside the room, she noticed her daughter was pacing up and down.

“I switched on the light in the room and she screamed. She lunged towards me and said we all had to leave,” says Anyango.

She did not understand what her daughter was talking about. What happened next, she says, changed the dynamics of their live family.

“She was screaming, talking to people we could not see. It was late at night and she had developed such strength that it took three neighbours to restrain her and tie her hands and feet,” she says.

The next day, they brought in a preacher. It was a suggestion by relatives who said a preacher from the neighbourhood was known for exorcising demons.

“When he came, he grabbed my daughter and started kicking her. Shouting for the devil in her to flee. My daughter was screaming. He ordered that we open all the windows for the devil to get away. Neighbours gathered because of the noise, and people started saying we are devil worshippers,” she says.

For several months, the preacher conducted exorcising sessions. Every Sunday, they would drag their daughter to church. At some point, they were convinced it was working. Episodes of calmness would get them excited that their daughter was on the path to recovery.

“One day, we found her holding a neighbour’s child, threatening to throw him off the balcony. That was the first time I wept and felt helpless for my child. I wanted it to end,” she says.

They decided to try a different route. They went to hospital and she was diagnosed with schizoaffective disorder.

“We had spent too much time paying preachers, yet her condition is manageable with the right medication,” she says.

Dr Frank Njenga, head of mental health task force that was constituted by President Uhuru Kenyatta in 2019 to look at the state of mental health in the country, says they realised religious leaders who have not embraced the existence of mental illness are a great hindrance to patients seeking treatment.

On average, at least one in 10 people in Kenya struggle with a mental illness, according to the task force.

Only 14 counties out of the 47 have functioning mental health units, forcing people to seek alternatives, with places of worship preferred due to cultural beliefs.

“We had a meeting with religious leaders and they admitted that most of them are not trained.

“They suggested that a curriculum that helps them differentiate between mental illness and demon possession be established,” Dr Njenga says.

He added that issues such as divorce, drug use, and depression that were initially considered prayer items should urgently be treated as causes or results of extreme stress.

“Preachers must have boundaries. They should know that when people come claiming to be hearing voices, there is a high possibility of mental illness,” he says.

Reverend Calisto Odede, head of Christ is the Answer Ministries (Citam) admits that there have been instances when people who are manifesting manic and depressive symptoms have been misjudged as having satanic oppression.

“Pastors should be trained to refer patients to psychiatric care and not keep praying for a patient who is sick,” he says.

The thin line, he claims, is having the spiritual knowledge to know who needs deliverance from satanic forces and those who have a mental disorder.

“Not everyone who is troubled has a mental illness that needs medical care.

“Even religious leaders get referrals from psychiatrists who feel the patients would benefit more from religious intervention,” Odede says.

He also adds that congregants should be careful and not fall for cults that deviate from doctrines. “These preachers use mind control techniques. For them, it is about power and finances,” he says.

Riziki Ahmed, the chair of Muslim Psychologist and Counsellors Association, acknowledges that religious leaders have mistreated people with mental illnesses due to ignorance.

“We realised we must have an open conversation with Imans and Sheiks that it is not a sign of defeat when they refer people to psychiatric experts,” she says.

Odede says there are religious leaders who are obsessed with the idea that they can chase demons, that they think they have to press on even when the person is not getting better.

Anyango says when it became apparent that prayer was not working for her daughter, the pastor blamed them for being of little faith and suggested that their daughter’s demon was so big, it needed more time to be exorcised.

There are many groups on social media where Kenyans discuss their struggles with mental illnesses, with claims that preachers helped them. Some even move into the preacher’s home for ‘proper healing’.

Dr Khasakhala Lincon, clinical psychologist and lecturer at the department of psychiatry in the University of Nairobi, advises that before religious leaders begin casting out demons, they should study historical profiles to see if they have pathological tendencies.

“If they are having delusions, hallucinations, and they cannot function socially and at work, then they are sick, not possessed,” he says, adding that there are many religious leaders with undiagnosed mental disorders and are dangerous to their congregants.

“Some talk of seeing God and getting commands from Him. If the messages are bizarre, such as having sex with congregants or harming them, they are having schizophrenic delusions,” he says.

He, however, notes that religion has its place in mental wellness. He says in structured religion, people with mental illnesses such as depression are given a platform to meditate and a safe space to have conversations with trained professionals.

Dr Njenga feels training religious leaders should be urgent since people struggling with mental illness and their caregivers tend to reach out to clerics, some of who end up traumatising them.

He says the mental health task force has come up with recommendations that directly target religious leaders and how they can be used to manage mental illnesses.