State to spend Sh10b on jab as corona cases rise

By GRAHAM KAJILWA | 3 months ago

The cheap AstraZeneca vaccine is suitable, as it can be stored under temperatures of between 2°C and 8°C.

The government will spend Sh10 billion to purchase 12 million doses of the AstraZeneca Covid-19 vaccine.

The Ministry of Health said the 12 million doses would be an addition to 24 million others of the vaccine the country expects in the first quarter of 2021.

The 24 million doses will be given to Kenya as a member of the Covax vaccine accelerator programme carried out by the World Health Organisation (WHO) and Gavi, the Vaccine Alliance.

Kenya is taking part in the AstraZeneca-University of Oxford developed ChAdOx(AZD1222) vaccine through the Kenya Medical Research Institute Wellcome Trust-Kilifi.

However, the trials of this vaccine in the country are at phase one, which means the efficacy will be based on the trials carried out in the United States and United Kingdom. 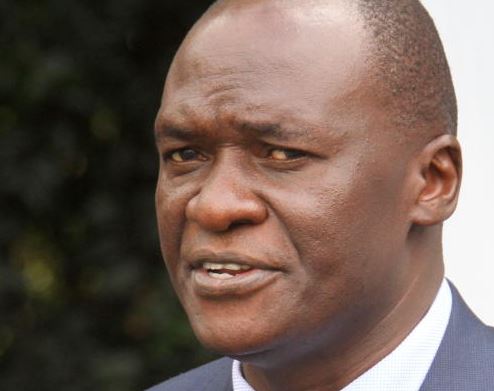 Health Acting Director-General Patrick Amoth (pictured) said the low price of the vaccine compared to other candidates’ was one of the reasons Kenya settled for it.

Pfizer-BioNTech vaccine, which US, Singapore and Canada have ordered, goes for Sh2,000 per dose, followed by Moderna, which costs between Sh1,500 and Sh1,700 a dose.

AstraZeneca goes for between Sh400 and Sh600 a dose.

Dr Amoth noted that the AstraZeneca vaccine was also suitable for the country’s cold chain logistics, as it can be stored under temperatures of between 2°C and 8°C.

“The other two vaccines require a unique cold chain system that most countries do not have,” he said in reference to Pfizer and Moderna vaccines.

Amoth said safety, immogenecity and efficacy were the three main thresholds the country considered to settle on AstraZeneca.

“We want a vaccine that is vector carrier developed, WHO prequalified and cold chain that we can sustain, that is between 2°C and 8°C, and also the lowest price. If you look at all those parameters, Oxford-AstraZeneca vaccine ticks all, except maybe one, as we await the WHO prequalification,” he said.

The efficacy of the vaccine is 70.4 per cent, according to a study published on December 8 by The Lancet titled; Safety and efficacy of the ChAdOx1 nCoV-19 vaccine (AZD1222) against SARS-CoV-2: an interim analysis of four randomised controlled trials in Brazil, South Africa, and the UK.

Targeted recipients of the vaccine are 430,000 health workers, 5.3 million elderly persons, 4.4 million with pre-existing conditions like diabetes and hypertension, and 830,000 teachers and police officers.

These populations account for 20 per cent of the country and hence in order to reach 30 per cent as per the state’s plan, the government sought to purchase 12 million more doses.

The 36 million doses, in total, are expected to be given to 18 million Kenyans considering studies of the vaccine show efficacy after two doses: a standard jab and a booster after 28 days.

“ChAdOx1 nCoV-19, evaluated in four trials across three continents, shows significant vaccine efficacy of 70·4 per cent after two doses and protection of 64·1 per cent after at least one standard dose, against symptomatic disease, with no safety concerns,” reads the findings from the clinical trials.