Lupus: The “disease of 1,000 faces” world knows less about

As the world ponders on how to alleviate Covid-19 pandemic that has so far infected over 4 million people; May 10, 2020 (today) emerges as a significant day on the world health calendar. It is the day that the world marks another subtle but deadly health condition little talked about-lupus.

Health sources describe lupus as a health condition which occurs when the body’s immune system attacks the surrounding tissues. Mayoclinic.org defines lupus as a “systemic autoimmune disease that occurs when your body's immune system attacks your own tissues and organs. Inflammation caused by lupus can affect many different body systems — including your joints, skin, kidneys, blood cells, brain, heart and lungs.”

It is a condition that comes in various shades of symptoms making it too cumbersome to understand and diagnose. For this phenomenon, people in the medical circles simply refer to it as a “disease of 1,000 faces” owing to its complex nature.

Lupus manifests various symptoms based on the victim’s body system. These symptoms may become severe or may disappear with time depending on one’s body response. According to Mayo Clinic.org, some of the symptoms linked to lupus include:

Fatigue and fever Dry eyes Joint pain, stiffness and swelling Skin lesions that appear or worsen with sun exposure (photosensitivity) Fingers and toes that turn white or blue when exposed to cold or during stressful periods Chest pain Headaches, confusion and memory loss A butterfly-shaped rash on the face that covers the cheeks and bridge of the nose or rashes elsewhere on the body Shortness of breath.

It further advises patients to seek medical assistance if the symptoms are persistent.

The disease mostly develops over time especially when a person is predisposed to certain risks which may lead to its enhancement. For instance, Mayo Clinic.org argues that a person may inherit the disease if his or her parents suffered from it.

“It appears that people with an inherited predisposition for lupus may develop the disease when they come into contact with something in the environment that can trigger lupus,” the source partially states.

Some other causes include exposure to sunlight, infections which could result from sexual intercourse or any other dangerous body contacts and medications usually used to treat seizures, blood pressure and antibiotics which may trigger the disease.

Another health source, Medical News Today based in the US states that the disease is mostly prevalent in women within the 15 to 44-year age bracket. The publication, which quotes a study by Lupus Foundation of America, reveals that the disease was recently discovered five years ago but has lately been on a surge infecting close to two million of across the globe annually.

It says: “Lupus gained public attention in 2015 after the singer Selena Gomez announced she received a diagnosis in her late teens and underwent treatment for the condition.”

In America alone, the publication reveals that 16,000 new cases are registered annually, this figure translates into over 1.5 million cases across the globe in a single calendar year. 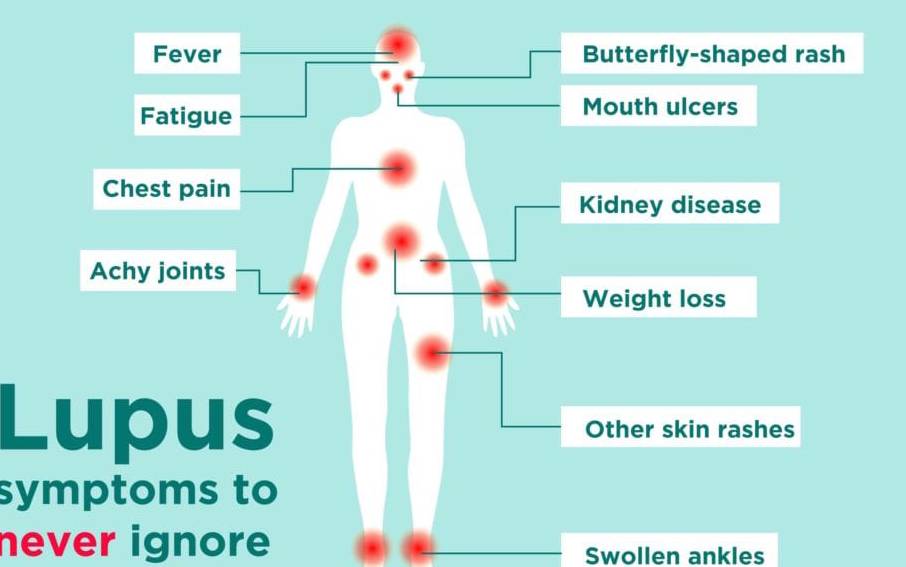 On suspecting that one could be having lupus, doctors always use a number of blood tests to run diagnoses. Medical News Today indicates that “blood tests can show whether certain biomarkers are present, and biomarkers can give information about which autoimmune disease if any, a person has.” The tests simply depict if there is a problem between the body immune system and the cells as it happens when lupus develops.

Medical sources describe lupus as a mild incurable, a chronic but manageable condition which has no cure but only provides an option for lowering the severity of the symptoms. Such intervention according to Medical News Today includes managing the flares, reducing organ damage, pain and swelling, balancing hormones, reducing cholesterol and blood pressure. There are also alternative hormonal therapies to handle the problem.

If left unmanaged, lupus can lead to various deadly complications which may result in serious health problems or even death. Such may include infections that may weaken immunity, bone tissue death, cancer, heart conditions and pregnancy complications.

Nonetheless, lupus exists in different kinds. The most common type is the Systemic Lupus Erythematosus which according to gsk.com 9 out of 10 women in childbearing age. The others are Discoid lupus erythematosus, Drug-induced lupus and Neonatal lupus.