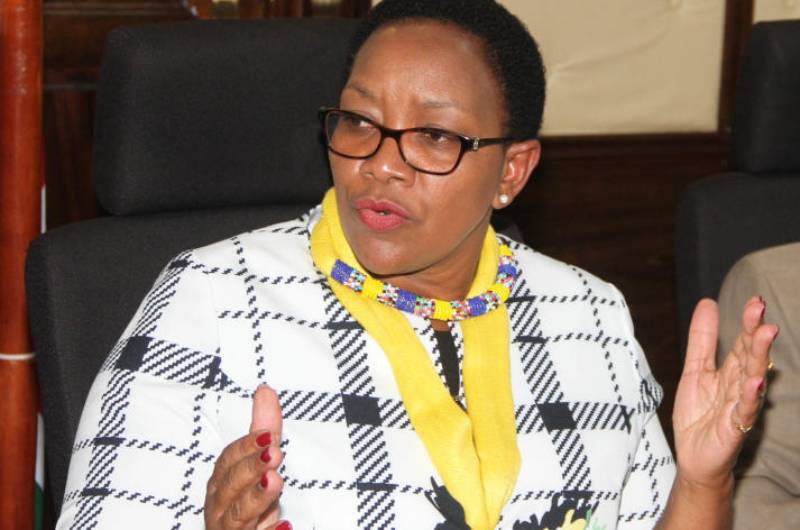 Two Principal Secretaries and staff in the Ministry of Health contradicted Cabinet Secretary Sicily Kariuki on the controversial Sh63 billion Managed Equipment Services, accusing the CS of grossly misleading a parliamentary committee probing the deal. The embarrassing case of juniors turning against their boss played out even as the technical team mandated to manage the implementation of the programme disowned the variations that pushed up the cost of the programme to Sh63 billion, up from Sh38 billion. The variations have seen counties billed Sh200 million per year for the leased medical equipment, up from the initial Sh95 million per county, translating to more than 100 per cent increase in costs.

However, Youth Affairs PS Julius Korir, who was in the Health docket during implementation of the programme, and the technical committee yesterday claimed that they only made slight variations, not exceeding 25 per cent capped by law, and thus should not have stretched the contractual amount that far. High figure “I do not know how the National Treasury varied the cost to that high figure. I am learning that here. Though we did a variation of the entire contract, we were very careful not to go beyond the 25 per cent variations as allowed by the law,” said Mr Korir. Former Health PSs Peter Tum and Korir told the ad-hoc Senate committee that contrary to what CS Kariuki had told them, the MES project was being driven by the technical committee that had been formed by her predecessor, James Macharia. They said it was this committee, headed by a Mr Moranga Morekwa that was charged with managing the implementation of the programme. The position of the two PSs discounted claims by the CS when she appeared before the House committee that there was no technical team to drive the programme. She termed the committee as strange and irregular, according to Bungoma Senator Moses Wetangula. Ms Kariuki had further accused Morekwa of engaging in shadowy activities with the contractor of the Sh4.7 billion Health Care Information Technology, Seven Seas Technologies and mischievously introducing clauses in the contract which were skewed against government.

The CS claimed that it was this machination that saw the introduction of a clause requiring the Government to provide the contractor with a Letter of Support for him to easily access funding to implement the contract. Kariuki and the Attorney General Kihara Kariuki told the committee that this requirement was not in the initial tender document. But Korir and Morekwa said the original tender document that was bought by all bidders had the requirement for the Letter of Support and Funders Agreement.