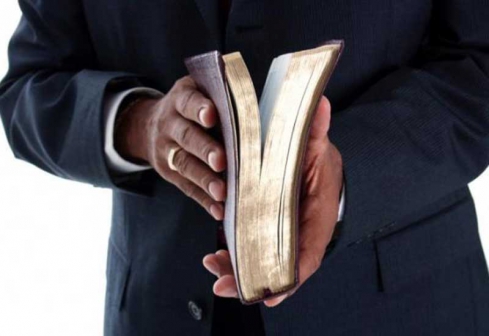 One thing that men dread is the realisation that their wives are getting weirdly more religious and committed to the church, especially if that devotion is hinged on the pastor. It happens every other day. Cases of women falling for the pastor or dangerously pursuing the man of God with the ulterior motive of scoring one, not at the pulpit, but in some bedroom, is not news. It is almost as if the moment a man stands on a pulpit, he turns women’s knees into jelly.

That is why most men of steel have banned stories like “I will be going for kesha with the church over the weekend, or I will be going to the pastor’s house for prayers in the evening”, because they reek of danger. Why is it that women find men of God so alluring? What is it that men of God have that other men don’t have? Is it the money? Or their perceived power? Is it their persuasiveness? From the look of it, a lot, or rather, lots of things that regular men take for granted, are treated seriously by men of God. And women know it too well.

Gladys Achieng’ has not had any underhand dealings with a pastor. But she finds them attractive, inviting and easily approachable. She says she would not consider herself a staunch Catholic but she has on two occasions conferred with her ‘father’ on difficulties facing her. On one occasion, her only child was unwell. She had been in that condition for over three
months. Her husband, in her words ‘only provided money for the hospital bills’.

“I wanted someone to talk to. But he would never talk about our daughter. The
sickness was hard for both of us, but I guess it was hardest on me and his silence made it worse. So I stayed after church one day and talked to the ‘father’. He listened for over two hours. Just listening, shaking his head, asking me questions and encouraging me to tell him what was going on at home and with the child. When we were done, he prayed for me and I went home,” she says. That was it. But Gladys says that she went home feeling lighter, and more confident about the future. How so? Was it the prayer? She shakes her head vigorously, “No, it was not the prayer. It was the fact that he listened to me pour out my troubles. That is what made the difference. It was a simple act but my husband couldn’t do it. He avoided talking about our sick child but the pastor didn’t.”

Listening and talking: The two things that ordinary men are so incapable of engaging in, especially with their wives and girlfriends, happen to be among the things that women find attractive about men of God. Whatever the time of day, whatever the circumstance, the man of God will always make time to listen and to throw in his thought and his spiritual words to any person who needs it. Most of the time, it is the women who approach them with their problems and the men of God don’t disappoint. The men of God throw in something else - they empathise with the women as they listen to their problems and help them search for little solutions to their issues. Be it spiritual, financial, emotional or career-related, the men of God will have something soothing to say.

The new evangelical churches that have come up all over the country have introduced a new dimension to the nature of men of God. The pastors at these churches are mostly young men, are charismatic, articulate, and well groomed. You have probably seen them on Sundays and Saturday. They have fresh faces that have been scrubbed at the salon. They spot neat haircuts and have well-tailored suits and impossibly well-polished shoes. In some way, the preachers and pastors end up looking way above the ordinary man in terms of his once-a-week grooming ritual. Their sharp appearance together with a good command of English, well-modulated voices and agile and theatrical performance on the stage will leave any single or married woman mushy.

“I find their neatness attractive and the fact that they groom themselves that well admirable. You know, all this roughness thing is not my style at all. A man should be polished, at least. The pastors take their grooming seriously which is good by me,” says Sarah Muli, who resides in Ngong’ and worships at an evangelical church in Ngong’. She is young, yet to hit 30, is single and won’t mind a man of God, if God can send one her way. But would she make moves on one that she fancies? “Yeah, why not? In fact, I tried it once. Not here, though (referring to her church). He was well kept and young and eloquent in his speech. I was not the only one in the congregation who had her eyes on him. At the start, I thought I was the only one but I soon realised that close to four women had designs on him. Two of them were in the choir and at some point I got into church engagements just to be around him over the weekends. I went to kesha twice because he was to preach overnight in them,” she laughingly narrates her unfruitful quest. Unfruitful because the man was transferred before she made her killer move but she swears that he had noticed her.

Arnold Ndiege does not like the idea of a wife spending too much time in the church and he makes that very clear from the start of the conversation. He does not trust men of God. In his eyes, they are just like all the other men. Add more advantages (that pastors have) and his suspicion rises. “This is a very sensitive issue. Marriage is a sensitive issue. When it is time for church, let’s go to church. When it is time to go home, let’s go home. No meetings and midweek evening prayers and weekends in Lokichogio for mission work. No way. She has to choose between us (the house, husband and children) and the church,” he says.

The thought of his wife out for nights on mission is equally unpalatable. “Kesha. Kesha. Kesha... It depends on how long and who they are going with. One of my relatives will have to go with her, especially a male one like my brother. Even if she says it will be a group thing, someone I trust will have to go with her. And the kesha I’m consenting to has to be within our area and for one night only,” he says firmly. His reasoning is somewhat odd. He says that at all times, the man of God has an advantage over the regular man.

“Think about it, the man is always towering above you and other members of the congregation. He is always on a higher ground so you (and your wife/girlfriend) have to look up to him. He is on the pulpit while you sit or stand at a lower level. “He is standing while you sit. He is sitting as you kneel. And the way they raise their hands to your head, the way they pat you on the back and hold your hand with two hands... It is all power play. They know how to do it and they know that women love power and (sadly, these days) money - which they also have in abundance,” he says.

He adds that the pastors psychologically manipulate women and should not be given room to joke with people’s wives. Well, ladies, it begins with a shoulder to lean on, an ear to your woes, a handkerchief when you are in tears and before you know it, you are carrying ‘holy seed’.

Four things to consider before launching a business