Eight ways your job is making you fat 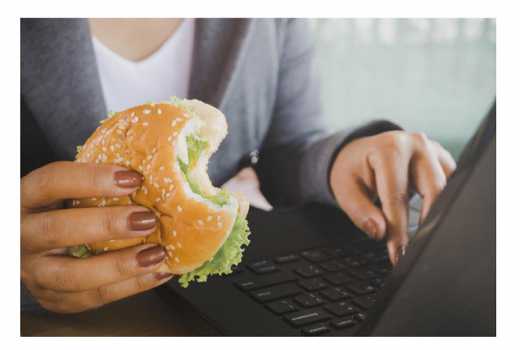 With capitalism comes work. With work comes a career. With a career comes a job.

The most immediate and tangible benefits of work is financial reward that dunks into our bank accounts months on end.

So, every morning, we wake up, prepare for, and, head to work. It becomes a daily habit that we are more or less alive to.

Holding down a job however, despite the benefits, may mean obesity or overweight for many people.

The first question cosmetic dermatosurgeon Dr Pranav Pancholi of Avane clinic asks obesity patients seeking his services is: ‘How far back do you recall struggling with weight?’

The answer, he says, is often after the patient’s first stable job. Nutritionist Kepha Nyanumba of AAR says, at the very least, for one to grow fat they need a steady source of income – “to buy the food that makes them grow fat”. 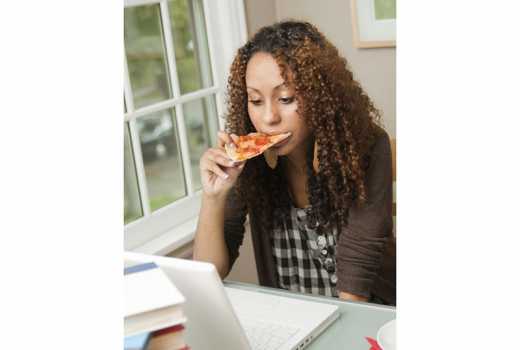 Psychologist Wandia Maina on her part says there is a lot of comfort and discomfort that a job comes with.

We spoke to these and other professionals about the correlation between obesity and one’s job. It turns out there are many ways your job contributes towards weight gain – for those struggling to keep a healthy girth.

In 99 per cent of obesity cases that Dr Pancholi handles the patient has a history of inactivity. “Patients largely record living a sedentary life – even at work,” he says.

Jobs that require brain power as opposed to brawn power leave people with unutilised calories. “When the body is not made to burn calories to provide energy for actual physical activity it is converted into fat,” Dr Pancholi says.

Physical activity, he says, need to be intense in a manner that provokes sweating and deeper breathing.

A lot of the jobs coming out of the digital revolution in the 21st century are of this nature: they require one to be mentally astute but not physically active.

“After years on the job the effects are usually much more visible,” Dr Pancholi says.

World Health Organisation requires that the average human being involves themselves in two and a half hours of sweat-busting exercise every one week.

Dr Pancholi’s patients, depending on the extent of weight gain, go through a weight loss program that prescribes, among other procedures, a daily nutrition and exercise guide.

“This is because obesity is first and foremost what you eat,” he says. “Fast food franchises are now everywhere in Kenyan towns.”

Viola Apondi, a banker, (currently on a fitness and weight loss program) knows this too well.

“I work in Hurlingham. Right outside my office Dominos, KFC and Steers have set up shop. It is too much temptation for fast food lovers like me to resist,” she says.

It is not in the habit of a white collar worker to carry homemade healthy meals to work. Fast food joints, like Viola puts it, are an easy and less tasking option.

Dr Pancholi agrees too: “White collar job holders tend to look for meal options that don’t take their time: so that they concentrate on work.”

Corporate work comes with great responsibility. Woo unto you if your position places a lot of it on you.

“When someone is under stress food is often an easy choice to distract oneself from focussing on the stress factor,” Dr Khasakhala says.

Emotional eating, he says, is often the go-to option when one is faced with stress at work. And even when such a person is eating they tend to gorge on fatty, sweet and salty fast food: food with instant taste rewards.

According to Dr Lyudmilla Shchukina of Holistic Living Clinic, many people who find it difficult to diet are in their predicament because eating habits are largely social, “which are influenced by those in our socia circles”.

If a good number of workmates make a habit out of fast food for lunch you end up joining them occasionally if not every day.

For one to make it through a weight loss program, Dr Shchukina argues, they would need psychotherapy to rewire how their brains perceive food. Otherwise all dieting efforts will end in futility.

Imagine working in an office where tea accompanied with donuts and pastries are a central part of every meeting?

Some offices have a snack table at a corner somewhere with all the sumptuous treats that get your mouth wet with appetite every time you look.

However hard you try to fight your feet’s desire to take the four or five steps to the snack table your will is often so weak you end up giving in.

Psychologist Catherine Mbau says that the best way to deal with temptation is getting rid of the object that attracts the temptation. Yet, the snack table is a constant in your daily life.

Do you work in a fast food business?

Well, there is nothing much to add beyond the title itself.

People who work in fast food restaurants, hotels or establishments have a higher risk of developing an addiction-like love for the same food. If this is your work environment you may need to find stringent measures fight off the urge.

Most employers want their employees working for at least 8 hours. Others want you to be ‘flexible’ and work even more hours with no overtime benefits.

Add the time it takes for one to get ready and travel to work. That is why once back home in the evening one only feels like eating and hitting the sack.

“By the time it is evening one is exhausted and cannot even exercise,” Dr Pancholi notes.

Obese patients who have insist on having no time for exercise often end up undergoing instant results procedures like coolsculpting (freezing of fat cells) and liposuction (removal of fat under the skin).

However, for one to lose and maintain an ideal weight an active lifestyle would be necessary, Dr Pancholi says.

A 2014 study of the National Academy of Sciences study revealed that ‘night shift’ workers are more prone to weight gain than people who strictly log daytime hours.

Some jobs and positions require that one puts in extra hours to meet deadlines. This often forces job holders to carry extra work home.

“You end up working for way longer than the eight hours you are supposed to. You sleep at midnight when you need to wake up and 5am to start a new day,” Viola says.

In the study, University of Colorado at Boulder researchers studied 14 healthy adults for six days.

When participants slept during the day, researchers found that they burned 52 to 59 fewer calories than they did while mimicking a “normal” sleep-work schedule. The 50 or so calories add up over time.

Many white collar workers who can afford a car tend to love that option. Over time they get used to driving or being driven in a car.

According to Wandia Maina, a psychologist, a habit to always commute with a car forms. “So that even over a distance of less than a kilometre the person often opts for the car,” she says.

The danger with a car-dependent life is that it makes one less active and hence more prone to growing obese as unused calories are converted to fat.

After you becoming fat you might become a target

A 2014 survey by researchers at Vanderbilt University in USA found that overweight women earn less money than slimmer women.

Men didn’t seem to be held to the same standards. That however is a story for another day.

In a different study published in the journal Plos One women were found to be more likely to face discrimination in the workplace than men – even when their body mass index is within the healthy range.

There is enough proof that being overweight (at least for women) makes one more ubiquitous (no pun intended).

And it is not always a good thing. It may attract bullying – like it did for radio personality Linda Nyangweso a few years back.

“It is such a disheartening thing when someone who does not know you say something negative about you just because you look a certain way,” Linda said in a previous interview with this writer.

A 2015 UK study commissioned by Crossland Employment Solicitors concluded that people who are overweight are perceived to be less productive and are less likely to be hired for jobs.

The Kenyan constitution decrees that no one should be discriminated against based on physical characteristics. However, that does not really prevent people from being targeted for their weight.

In other words, consciously or otherwise, humans judge how physical appearance. Being fat may hence make one susceptible to firing from work (assuming you already have a job).

“Or it may actually determine if you get the job in the first place,” Dr Pancholi says, citing biases that potential employers may have against people who look and appear a certain way.

The comforts of a steady and well-paying job may move you up the BMI scale. However, after gaining the weight your looks may put you up for the chop.