When her doctor rung the warning bell, Kalekye Mumo had limited options but the message was clear - she had to lose weight. It has been a long journey but she’s happy with the results on her scale. She takes us through a regimen that saw her shed 40kgs.

Teenagers can be giddy, restless and mischievous. The parent-teenager battleground is thus well understood.

Kalekye Mumo’s many disagreements with her mother resulted from her conspicuous love for music, dancing and acting. “I had been in many (dancing, music and acting) crews in primary and that got me sent to boarding school,” Kalekye recalls. “I think my parents didn’t understand my love for the arts back then. So, to my mom especially, I was troublesome because I questioned everything and had an answer to everything.”

Her love for the performing arts would only grow in high school. The friendships and acquaintances she made were mostly at the clubs: debate and drama clubs. Evidently, Kalekye loved a lot of things that tapped into her physical energy. Indeed, this fact showed even when she lined up for a 100m sprint. Many people may not believe that Kalekye loved sports at some point in her life.

And then, perhaps because she pushed her body to limit with all the dancing, singing, acting and athletics, she suffered a hip ailment. At the time, she was in class 4. “I was pulled off all sports except swimming and that really put me down,” she says. Effectively, Kalekye’s active lifestyle was curtailed. This, she says, is when she started piling on weight. From that point on, for much of her primary school, Kalekye grew fatter. She had access to ‘good rich food’, she says.

But in high school Kalekye lost majority of the weight because she no longer had the same proximity to sweet food. “The school didn’t allow snacks; there wasn’t a canteen around, and visiting days were once a term,” she says. This censorship – while initially it made Kalekye lose weight – also contributed to students adopting unhealthy eating habits. “We hogged whatever forbidden foods we would lay hands on,” she says. In 1995, Kalekye lost her beloved grandmother. For Kalekye, a quintessential firstborn Kamba girl, a grandmother was held in high regard.

And while her parents brought up Kalekye and her siblings in suburban Westlands, Nairobi, the classic Kamba experience existed right outside the doorstep. There were mooing cows and crowing roosters in the compound. Every morning, before walking to school, being the firstborn, Kalekye completed her fair share of chores. It is a life that wove the family fabric together. Kalekye’s grandmother was every bit part of it. Hence, her death came with a crushing blow for the teenage Kalekye.

“I was so broken. I locked myself up in my room and would ask my closest friend to bring me fried chicken. I would sit and eat the whole chicken alone. “At that point I didn’t care. I ate myself to weight,” she says. In university, Kalekye lost and gained weight with changing seasons of life. It is not like she was conscious of it; only noticing with the aid of the naked eye a contour here and a curve there. While working as a radio presenter, and graciously taking up her spot in Kenya’s hall of fame, Kalekye’s presence was often undeniable. In some people’s eyes she was fat. But to herself, she was merely a different size. “This doesn’t mean pleasing to look at: beauty is in the eye of the beholder,” she says.

Having a big body did not affect Kalekye’s social interactions. This is mostly true because she carried with herself a self confidence to admire. She explains: “I never was and I am still not my size. I lead with a smile and a kind heart. I have a good personality and it has never failed me.”

With that poise, Kalekye weathered a blitz of fat-shaming attacks. Back when twitter was still new – only known to the elite – she would be trolled by someone she calls ‘nondescript twittizen’. “It only made me laugh,” she says. “I grew up with boys; I was used to the teasing.”

At her heaviest Kalekye weighed 124Kgs. The fat all over her body was unmistakable. Her body rocked while she moved. Her steps were calmly calculated – one at a time. But none of these perturbed her. She had no airs or graces about herself. She says: “I have always thought of myself as a very sexy woman. That confidence makes you very comfortable in your skin and very attractive to men.”

But there was only so much she could shrug off regarding her body size. Her health (and quality of life) took a dive to the deep end. At some point Kalekye braved swollen and painful feet for a straight three months. She also struggled for sleep. “I went to see a doctor who then told me I would need to lose some weight. Based on his tests I could suffer a bad blood clot.”

Two weeks into the swelling feet, Kalekye learnt of the diagnosis doctors had issued to Janet Kanini Ikua, the deceased and well known TV personality. Janet was Kalekye’s cousin. That such a close relative – who had a husband and children – had been dealt such a difficult card was not only hard to assume but it would shake Kalekye to the reality that she couldn’t carry on with her weight. Thus, in 2016, Kalekye announced the results of an eight-month weight loss programme. “I lost 40kgs by following a strict programme that teaches one how to portion based on your body type and blood work. Everything shrunk and I moved from a size 22 to a size 16,” she says.

Today, Kalekye is happy with the progress she has made, saying, “I just want to work on one or two troublesome areas. I will need to drop a few more kilos.” But don’t get it wrong. Kalekye is not looking at her weight loss as a journey to a destination but rather a lifestyle to be maintained.

Obesity, offers Dr Lyudmila Shchukina, is now a reality in the Kenyan population. Indeed, according to the Kenya Demographic and Health Survey (KDHS) report of 2008-09, the proportion of women aged 15 to 49, that are overweight and obese is 25 per cent, with the highest proportion being reported in Nairobi at 41 per cent.

“Within the streets of Nairobi today it is very easy to spot an overweight person. That was unheard of in the 1990s,” Dr Vladimir Shchukin, who specialises on weight loss surgeries like gastric balloon, gastric bypass, gastric band and gastric sleeve, comments.

With 30 years’ experience working in Kenya, Dr Shchukina has heard many an obesity myth. 'Being fat is a sign of prosperity.' 'Having a big body means you are stronger.' 'African women are supposed to be fat.' All these, Dr Shchukina says, are not only fallacious but also extremely dangerous for personal health.

Obesity, Shchukina says, has been proven to be the primary cause of non-communicable diseases such as diabetes, hypertension, cancer, arthritis, infertility, heart disease, impotence and stroke among others. She adds: “Obesity is the reason that the current generation of youth is predicted to live a shorter life than their parents.”

According to Dr Shchukin, “the sooner you seek medical attention when you realise you are above ideal weight the better.”

Losing weight, Dr Shchukin explains, is every obese patient’s only cause of action if the aim is to get back to good health. Weight loss, he explains, can be done through lifestyle coaching, which mainly involves psychotherapy, diet portioning and lifestyle modification.

“This is a non-surgical method. It is a programme that is tailor-made to the specific patient. The doctor sits with a patient and walks them through a rehabilitative conversation that helps the patient adopts the right lifestyle,” Dr Shchukina says.

For patients whose health is in immediate danger, she explains, it may necessitate more drastic measures that involve different forms of bariatric surgery. Dr Vladimir Shchukin and Dr Shchukina's run Holistic Living clinic in Upperhill Nairobi. 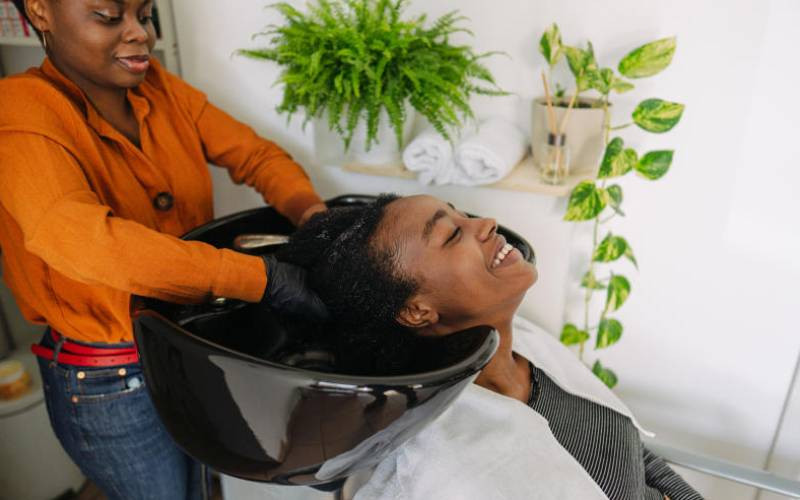