ENTERTAINMENT
By MIRROR | 6 days ago 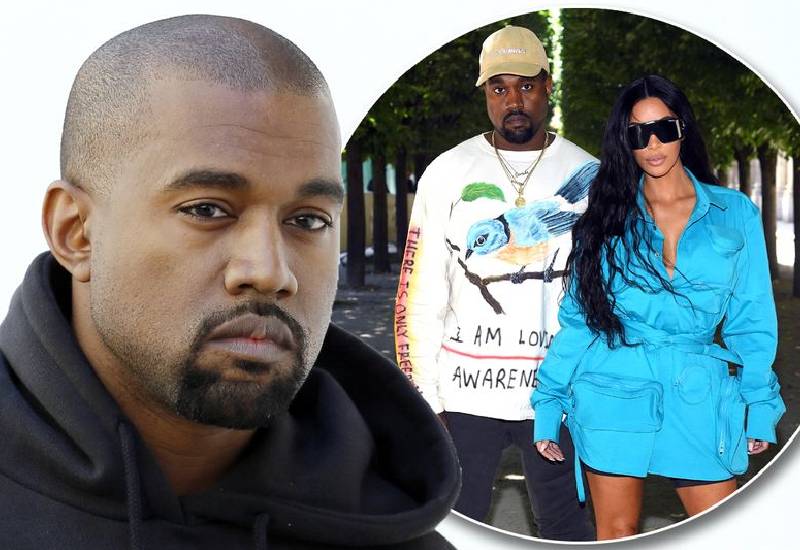 Kanye West shocked fans as he was spotted still wearing his wedding ring, despite his ongoing divorce proceedings with Kim Kardashian.

Kim filed for divorce two months ago after nearly seven years of marriage and four children together.

Kanye has kept a low profile in recent months, so fans were delighted to see a glimpse of the Yeezus rapper on DJ Khaled's Instagram page.

Khaled posted a snap of Kanye looking blissful as he waved his hands in the air while listening to his pal's new album.

Kanye made no attempt to hide the gold band on his left hand, that has been in place since he said 'I do' to Kim in Florence, Italy back in 2014.

Giving an insight into his meeting with Kanye, Khaled told his followers: "True story: Kanye stopped by my house at 8 am the other day! I didn't know he was coming!

"He had @chefmelissauniga make him some eggs with ketchup and vegan bacon. And we listened to #KhaledKhaled.

"You know when you get this expression that it's sounding amazing!" added the star.

While Kanye is still wearing his gold wedding ring, Kim has taken to removing hers after filing for divorce in February.

Kanye filed his response in April, with People reporting he has asked for joint legal and physical custody of children North, seven, Saint, five, Chicago, three, and one-year-old Psalm.

The source told People that divorce proceedings are going 'smoothly.'

"Kim is very happy that they have managed to keep things calm. She thinks Kanye is a good dd. She wants him to be able to spend as much time with the kids as he wants," said the source.

Following the split, Kim has been linked to CNN reporter Van Jones.

The pair have known each other for years but sources have claimed the friendship may have blossomed to romance now that Kim is single.

The pair worked together in 2018 to get Alice Johnson pardoned form her life sentence.

On Sunday, New York Post columnist Cindy Adams addressed the rumours and said Jones is 'so left,' he 'maybe even influenced her politics.'

'I will not wait while everybody tells me I don’t know what I’m talking about," she quipped.