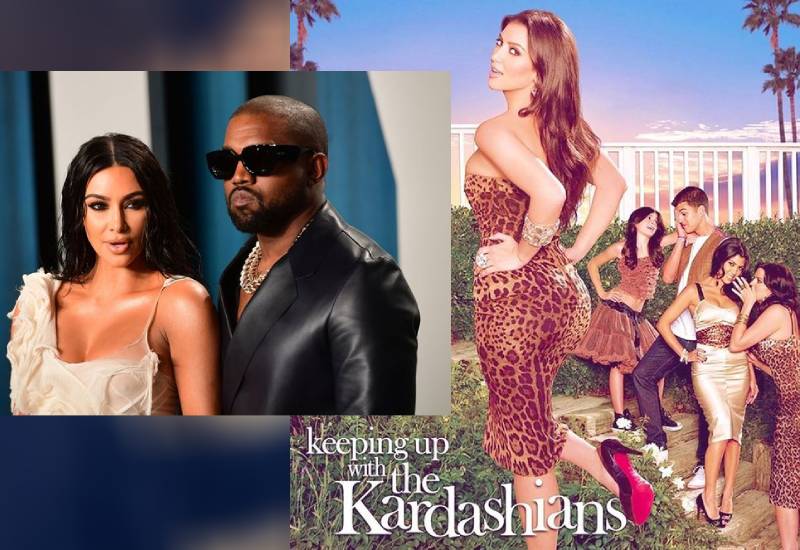 The ending of Keeping Up With The Kardashians has been confirmed amid reports Kim Kardashian wants to keep her marriage to Kanye West "very, very private".

Last month a source told HollywoodLife that Kim is not bringing up her marriage to Kanye with those around her and "is keeping what’s happening with him very, very private".

The insider also claimed at the time that Kanye's role in upcoming episodes would be small.

"It sounds like if we do see Kanye on Keeping Up next season, it’ll be extremely minimal," revealed the source.

They added: "Nobody has heard of him filming anything for next season yet."

Fans of the series have already taken to Twitter with many blaming Kanye for the end of the show.

The speculation comes as Kim took to social media last night to announce the end of the long-running reality TV series.

The statement from Kim reads: "To our amazing fans -

"It is with heavy hearts that we’ve made the difficult decision as a family to say goodbye to Keeping Up with the Kardashians."

She continued: "After what will be 14 years, 20 seasons, hundreds of episodes and numerous spin-off shows, we are beyond grateful to all of you who’ve watched us for all of these years – through the good times, the bad times, the happiness, the tears, and the many relationships and children.

"Thank you to the thousands of individuals and businesses that have been a part of this experience and, most importantly, a very special thank you to Ryan Seacrest for believing in us, E! for being our partner, and our production team at Bunim/Murray, who’ve spent countless hours documenting our lives."

She then confirmed: "Our last season will air early next year in 2021."

Kim then took the opportunity to thank her fans and loved ones for the success of the series.

"Without Keeping Up with The Kardashians, I wouldn’t be where I am today," she penned. "I am so incredibly grateful to everyone who has watched and supported me and my family these past 14 incredible years.

"This show made us who we are and I will be forever in debt to everyone who played a role in shaping our careers and changing our lives forever.

"With Love and Gratitude, Kim."

Meanwhile, Kim's younger sister Khloe Kardashian shared much of Kim's statement and captioned it on Instagram: "I am so grateful and thankful to everyone who has supported us and been there through it all.

"I’m too emotional to fully express myself at the moment.

"My sappy post will come soon. Change is hard but also needed at times.

"I love you all. Thank you for the memories!"