A quick search for Brigid Kosgei on the internet brings out over 1.7 million hits as of this writing. This is not surprising following her latest feat as the fastest woman in history. During the just-concluded Chicago Marathon, the 25-year-old smashed the world record previously held by Paula Radcliffe, and just a day after another Kenyan, Eliud Kipchoge became the fastest man in history. In a society where women continue to follow in the shadows of men, her achievement will no doubt become a beacon of hope for women who aspire to excel in various disciplines. We bring you 10 lessons young women can learn from Kosgei. 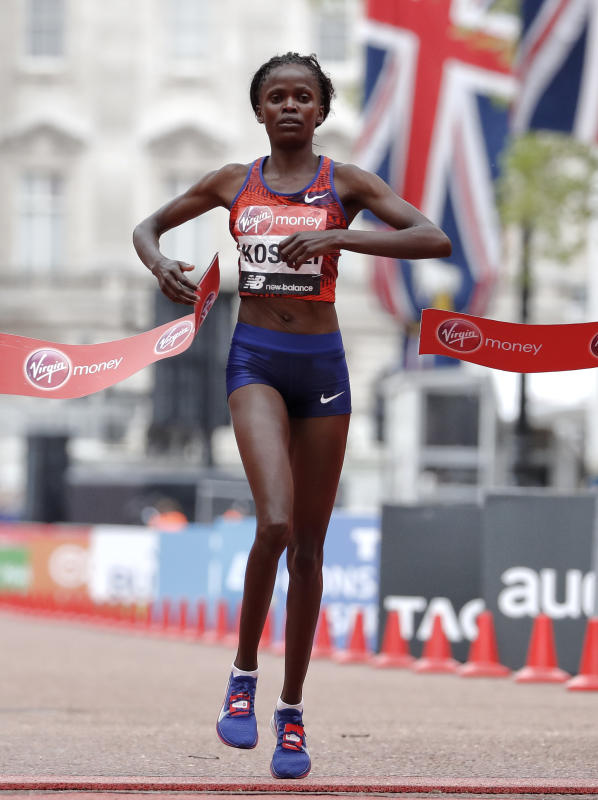 Most of Kenya’s renowned athletes come from humble backgrounds. Like other children in Kenya’s landscape, they could stay for days without proper meals. Many walked many miles to get just basic education. Brigid was actually raised by a single mother. However, she put this negative environment behind and concentrated on her running career. In her own words, challenges pushed her to excel. While it is wise to look at where you have come from, do not let negative vibes dictate how you move forward. Should you fall, pick up the pieces and move on – at least you now know why you tripped.

Brigid ran the first marathon just four years ago. Though she won the race, she never considered herself a “winner” in the true sense of the word. It took her four years to break Paula Radcliffe’s record of 16 years, a record set when Brigid was just nine. Young ladies get the point? Success is not instant coffee!

The young lady began serious training in her school days. In the largely rural Elgeyo Marakwet county, she did not have the many conveniences available today. But whatever she lacked was made up by her strict regime, the only constant factor under her control. It paid off. Well, it has been said that discipline is one “concept everyone is aware of but one that few understand.” Discipline allows you to behave and act in a consistent manner regardless of the situation around you.

Brigid dropped out of school in her final year for lack of fees. Nothing could be more demoralising than a young person who misses out on education. However, it is said that should life throw you a lemon, make lemonade. Brigid did not brood over failed chances but took advantage of the extra time on her hands to train. You can bet on her results. 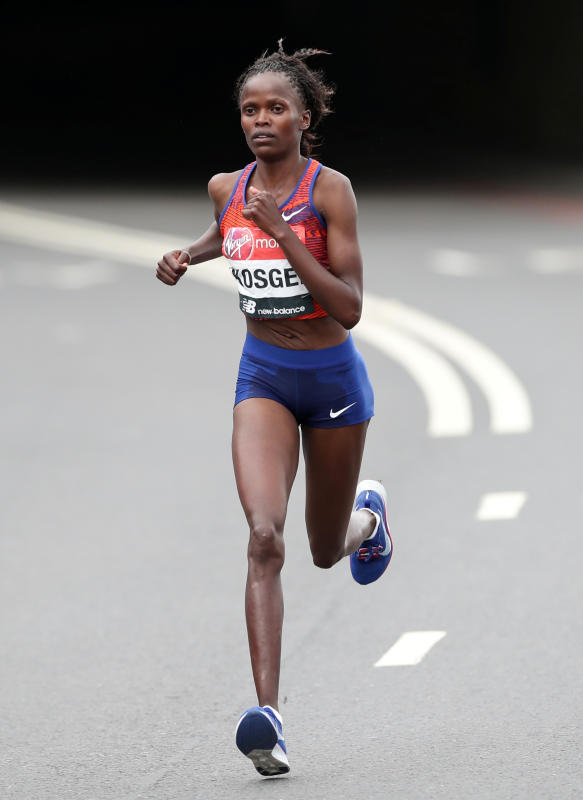 Brigid is a mother of twins. Okay, now you know. She had all the reasons for not getting her groove back. She soldiered on and continued with her training, becoming a world-beater. To all those ladies who are thinking of putting their careers on hold because a baby has come, think again. Do not blame childbearing for a fledging career or getting out of shape. Hit the gym, walk, run, Zumba.  Whatever you do, keep moving.

Remember the twins? Who, do you suppose looked after them when Brigid was busy training? Their father was always on hand to lend that support. Even after winning the race, Brigid came back to the waiting arms of her husband. Likewise, never take for granted any help you get from your man or any other family member in times of need. Well, you may be training to win a race and get a handsome monetary reward. Still, show gratitude in small ways that you tell them you care.

Make a habit of benchmarking your achievements with the best. While training on the muddy tracks in the Rift Valley, Brigid ran alongside male athletes in order to build up her endurance. Likewise, do not be satisfied to gauge yourself with the average Joe Public. 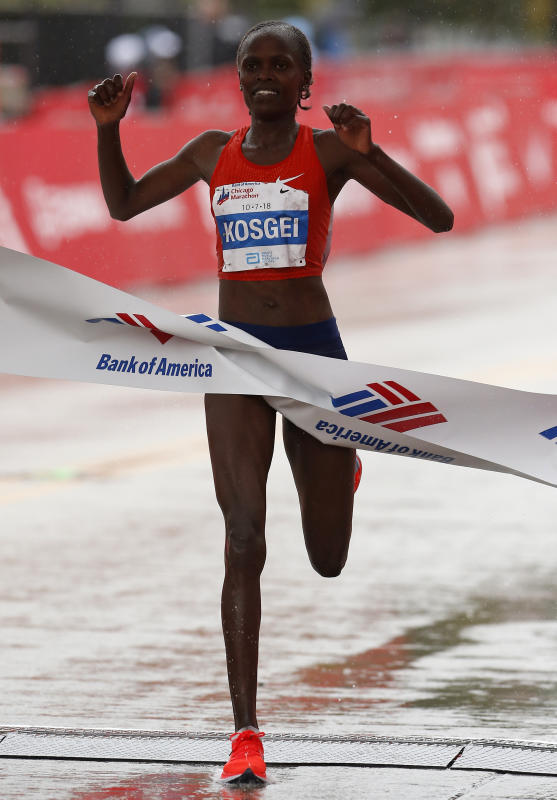 A key characteristic of our world-beating athletes is to stick to a simple diet. Brigid is no exception. Ugali, managu, sagek and the legendary sour milk, mursik, are her constant companions. Success should never be the ticket for an extravagant but unsustainable lifestyle. While youthfulness may be a period of excesses, you will pay back with tears after gorging yourself with pizza, booze and other undesirable lifestyles.

She is already a world champion. However, she wants to reduce her record time of 2:14:4 hours further. You too can aim higher despite your current achievements. No human is limited…

Some with lesser accomplishments want the whole world to know that they have what it takes to succeed. True success comes with a level of humility. Like Eliud Kipchoge, the self-effacing Brigid “sneaked” back into the country without much fanfare and went straight to her rural home to continue with her duties as a wife, mother, and athlete. Ladies, bask in your accolades and keep a humble disposition.

How to react when confronted by the police