On Thursday evening, Bilai Aden sat on her hotel bed, rocking her 10 month old baby. The baby’s face was covered in a black hood and blanket, but Bilai would occasionally lift the fabric and peer inside. Baby Misky’s face, full of scars and dead skin, would be revealed. What was more striking was the baby’s eyes. Her eyelids looked like they were turned upside down, and she could not shut her eyes. Even though she was asleep, her eyes remained opened.

Bilha says the condition started when Misky was three months old, and has gotten worse with each passing day. When Saturday Standard caught up with her in Eastleigh where is staying after well-wishers airlifted her from Halani, Wajir county, she opened up on the rare skin condition that afflicts her four children.

She says the mantra she has internalized since she gave birth to her last four children is: "Keep them covered, and avoid talking about them even when people prod." Her story of bringing up children who suffer from ichthyosis, a rare skin disease, has redefined motherhood for her. She describes it as a journey full of confusion, tears and desperately seeking solutions that would make her children live a somewhat normal life.

It started six years ago. Her labour had been intensive. When she finally heard the cry of her third born child, a boy, she was elated. She stretched out her hands to receive him, but noticed that the look on her midwife's face was full off horror. She recalls the silence and panic as the midwife bundled the baby in a cloth, and with urgency in her voice, said he needed to be washed.

Bilai places her palms on her eyes and stares into space when she retells her first mother and son encounter. "His whole body was covered in black scabs. His ears looked bent, and his back had cracks," she says through a translator.   No amount of herbal medicine, animal fat, and lotions helped.

When she had her fourth baby, the look on the midwife's face was painfully familiar. She too had ichthyosis.   The condition has also affected her fifth and sixth daughter. She does not understand the cause of the diseases. She attributes it to bad luck. She only speaks Somali, and uses sign language, sighs and tears to tell the story of her sick children.

Dr. Monda Andati, a dermatologist in Nairobi says even though ichthyosis can be managed, it is incurable.  “It is inherited either as a dominant and recessive gene. It tends to be common among some communities, especially those that marry close relatives such as cousins,” he says, explaining why the condition seems to be common in Wajir.

A video of Bilai sitting on an old rug, crying while surrounded by her sick children that emerged on social media last week triggered emotions across the internet. A well-wisher, Rahma Mohamed, went to Wajir and brought her to Nairobi where she is currently seeking treatment for her children.

“They had nothing in the house, and the children looked very sick. It was horrible, watching them itch and scratch due to the heat in Wajir,” she says. Sofia Salat, Bilai's sister in law says the doctors have recommended ointment that costs sh.10, 000 per bottle to manage the situation. For her four children, she says they will need around sh. 40,000 per week, money the family cannot afford.

It is not the first time Wajir is hitting news over children suffering from the rare skin disease. Two years ago, the photos of Abshir Salat, a ten year old whose bones were poking through the skin due to extreme ichthyosis was airlifted to Nairobi after intense campaigns from social media to save him. When his flight touched ground at Wilson, his eyes could barely open, as the disease had eaten up his entire frame. At the time, Issack Elmi, Nema chief researcher in charge of pollution, linked the infection pollution in Wajir. He said dumping of toxic waste in the region could have triggered genes that cause the condition. “Trigger factors like biochemicals dumped by oil exploring companies may be to blame," he said. Bilai says she is worried. Initially, the condition affected the skin only, but over the last few months, she has noticed her children's eyes getting squinted. The skin is also tougher than it was when they were younger.

Why did you choose your profession? 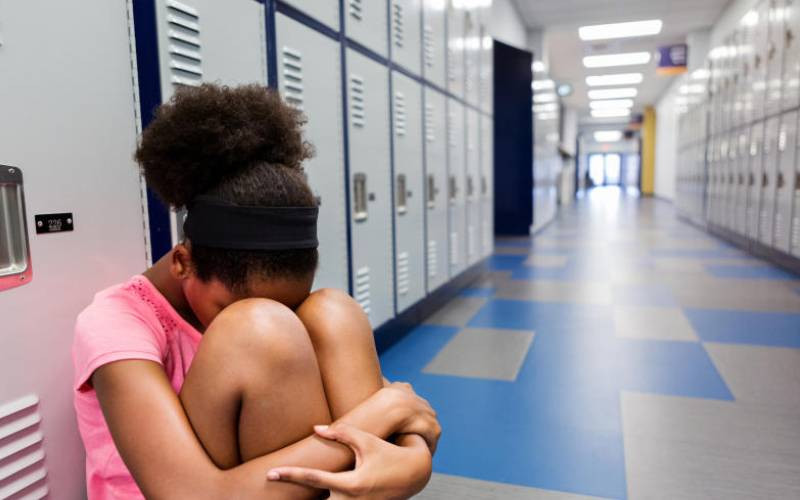