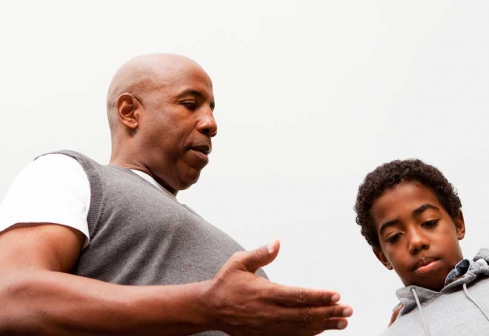 ALSO READ: What men can do to brighten the pregnancy experience for their partners?

Fathers should be celebrated for putting up with demanding women who will insist that you get them mahindi chemsha and hot bone soup at midnight when its raining and there is a msako in the hood. That aside, if you are a man and you somehow put someone’s daughter in the family way, and a wailing, pooping, peeing baby boy pops out, then the following are 10 practical things you must teach that little fellow about women.

This doesn’t mean perfuming yourself like a Congolese gigolo. But that armpit, those teeth... scrub them, boy! If they stink, they keep away girls and interfere with career growth much more than if your head comes packed with a cockroach’s brain.

Sorry, son, but that was high fashion in the days of Vasco da Gama. Invest in decent boxers. You can have the coolest belt, watch and shoes, but if you strip to torn, orange-coloured boxers, her great grandchildren will hear about it. Plus, there is nothing as bad as being caught in a traffic accident with dodgy underwear. And oh...Never, ever sleep in your birthday suit. You are not in Canada, my friend. Here, anything can happen at night - bomb blast, fire, majambazi... you don’t want to be the guy dangling it down a well-lit street at full throttle on a rain-drenched night.

Oh yeah. Women don’t love you because you are the most handsome, virile and endowed thing on two legs since King Solomon. There will always be bigger, better-looking and smarter men than you. But you know, women are sweet. They will pick the most useless scumbag that ever lived and shower him with unending love. That could be you. That could be the guy they cheat on you with, son.

4. Never fiddle in her handbag

Don’t scroll through her phone. Don’t rummage through her emails. Don’t stalk her. Don’t call to ask, “Uko wapi? Utakuja saa ngapi? Ulikuwa na nani?” You are a man for Christ’s sake. Act like one.

Don’t be caught dead chatting with a relationship counsellor. Most times, the people whose advice you seek are in worse trouble than you are. If you have been dumped, cheated on, slapped, bewitched or whatever, hiyo ni shauri yako! Chin up, fix it or take a walk. And never call Mushene or Whine FM to complain about women!

If the shameless little tadpole refuses to roar to the occasion, turn your back and sleep. Sex is not food. Your brain is not tucked below the belt and as women themselves say, sex is overrated. You honestly can’t spend hours in the sack grunting and sweating like a pig when other men are making money, reading nice books or drinking fine whisky.

If you don’t use protection, you will knock up the sharpshooting Flying Squad sergeant’s daughter. Use the bloody sheath, darn it! Hitting the sack is not playing marbles!

8. Doubt half what your mum says

You are not half the handsome, intelligent, strong or powerful man she claims you are. Truth is you are most likely just an average looking Joe with a pea-brain like the rest of the male species. So, don’t strut around like you own the Earth. You are dispensable. If you dropped dead today, there will be a brainier chap sitting at your desk in two weeks and all the girls will be giggling and going weak in the knees when he is 30 metres away. That’s just how it goes.

This one I learnt from my father: A man never hurries to his home. Walk, drive, ride and cycle home leisurely. You are going to your home, right? What then is the hurry? Note, however, that this rule ceases to apply if gangsters, dogs, cops or a jilted husband is running after you with intent to commit a felony.

Finally, boy, don’t waste time searching for some confounded thing called the G-Spot. It could exist, or it’s just a rumour. Who cares? For years, we didn’t know of the massive oil deposits in Turkana. It didn’t kill us. When the explorer Sir Henry Morton Stanley came to Africa, British Intelligence lied that he was searching for the source of the River Nile. Son, he was looking for the G-Spot. He never found it!

What men can do to brighten the pregnancy experience for their partners?