Office politics is not always bad 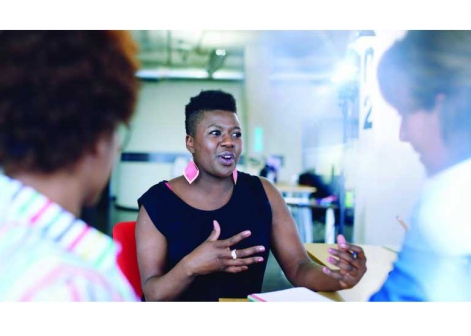 ALSO READ: Five things you should do after you’ve lost your job

A few years ago, I read an article that said for women, politics is a four letter word. For the longest time, I avoided office politics, somehow mired in the belief that my good output was all I needed to prosper in my career. This is a sentiment I have heard expressed often by women, especially those who aspire to rise up the corporate ladder.

In part, our reluctance to engage in anything that reeks of politics comes from the fact that we cannot bear the thought that our success will be attributed to anything other than keeping our heads down and working hard.

When I started observing my peers who were achieving success, both men and women, I observed certain similar behaviour with regards to how they interacted with the office environment.

There are people who understand the dynamic of politics especially as regards the quid pro quo aspect of every relationship. For a lot of women though, the ‘you scratch my back and I’ll scratch yours’ concept feels sleazy and smarmy.

We would rather give from a place of no expectations and with no intention to ask for a favour at any point in the future. If it makes you uncomfortable to think of quid pro quo, then think instead of creating a ‘win-win’ situation for you and the other person. Think about what you want and what is important to the other person.

Think about work relationships like making deposits in the bank. You always have to make deposits before you can make withdrawals, and you want to make more deposits than withdrawals. This means it is important to show your value to your colleagues as it makes it easier to cash in your chips - it is always easier to ask for a favour from someone who you have helped out in the past.

Make it a habit to identify what your big victories are so that you are more able to sweat the small stuff less as well as yield on less important calls so you can position yourself for what’s most important to you.

- When faced with what feels like a political problem, removing yourself from the situation only makes people avoid you. Make yourself, instead, indispensable by being a problem solver.

- Remember that trades are implicit in all relationships and the more clarity you have about what is in it for you the better.

Five things you should do after you’ve lost your job

How to take control of your career