Cheating from a man and woman's point of view 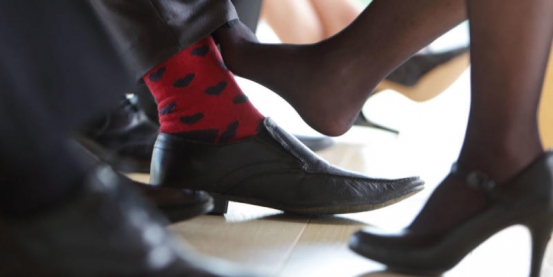 Cheating has and will always elicit debate depending on where the accusations fall. Both women and men have different opinions on actions they consider wrong in a relationship.
And for many women, it seems, all men cheat as long as he lends his faculties to any kind of object that inspires risqué fascination.

Take the thoughts of Amina Shaaban for instance. "Anything that involves lying and love affairs fulfills the crime," she says. "Every time a man uses his mind, or anything he has claim to, for another person or thing, amounts to cheating. And while what the society recognises is physical, it hurts more when the man shares his emotions with a different person. A lady may never quite get over it."

She adds: "I shy away from quick conclusions. Once I suspect though I will keep on looking for evidence until I am sure. That could be anything between flirty chemistry with another woman and exchanging text with sexual innuendo."

Dr Chris Hart, a relationships expert, believes that every couple should have candid conversations about getting involved with others, whatever the systems.

In so doing, Hart suggests that the way individuals define cheating is as divergent as the world's population. And that is exactly what he means.

"What cheating constitutes varies from one person to another. Flirting online could be viewed as innocent by one person: the same may be cheating to another. And this applies regardless of the sex."
On balance, Hart admits, men are more promiscuous than women. But just as the idea of women presidents has come full cycle, status quo in modern day barely holds. And when it comes to cheating, women aren't doing badly either.

In Hart's opinion, "drawing the line before making a commitment is important; so that your spouse knows the boundaries into the red zone."
A red zone that Marian Kimani seems to have little room to stomach. "Emotional 'absence' is cheating. Physically getting involved is too. None is lesser evil. We all want to be loved; to feel that the person is completely in with both feet."

In Marian's opinion, even putting oneself in a position where you discuss or share your 'interests' in life with another person other than your spouse, is cheating. "When you stop sharing with your partner and instead you have time to be watching a football match (for instance) with the other person, and so on, it will eventually lead somewhere," she says.

Marian, who believes there is no such thing as 'harmless flirting', concludes that the body, the soul and the heart go in tandem. "Why give me your body when your heart and soul are not there?" she asks rhetorically.
But for Harold Ayodo, it may be overzealous to call out flirting with as much passion as one would cheating.

"It is only cheating when all ends on the bed," he says. He argues: "You can't deny that innocent flirting cannot exist vis-à-vis stable relationships. People talk, interact and have harmless interactions. It would be impractical to imagine that other people won't hit on your spouse. It only becomes serious when it gets physical."
Catherine Mbau, a psychologist in Nairobi, notes that cheating can be either physical or emotional. Flirting, she says, is part of emotional cheating.

She argues, emotional infidelity is the hardest to break. This is because while the physical ends with the act, giving somebody your mind has the same power as indoctrination. Therefore it is difficult to cut it off in one act and move back to loving your spouse as it was meant to be.

"Any time you derive pleasure from anything else you are cheating on your spouse. Cybersex, pornography, sexting, and flirting are all forms of cheating. You are doing them because, for some reason, you can't get the satisfaction from your spouse. It is equal to betraying them," Mbau explains.

Whoever said men are from mars and women from Venus probably had their sights on something. While Amina believes that ogling, 'checking out' a fine lad or a pretty woman, is equal to cheating, Job Mwita does not second-guess in stating the opposite.

"That is just appreciating that somebody is born beautiful. There is nothing else to it. It is not a bad thing," he says.
In this difference of opinion, Mbau sees the specter of traditional ways. She says: "In our society men can cheat but women are expected to remain chaste. We have made it look like, for a man, flirting is allowed. Hurting has led to women cheating too; not really because they want to but because for them it is a defence mechanism."
Whatever the case, the psychologist retorts cheating devastates relationships and proposes other ways to solve a problem before it leads to cheating.

"The oft-quoted reason is, 'he/she is not satisfying my needs'. Identifying the problem is good. Getting what you want from a different person just adds to more hurt and confusion. There are better ways to go about it – starting with counselling," she admonishes.
And even after it has occurred, the conflict ought to be resolved "in a healthy way" because out of the devastation stronger bonds can emerge.