Battle of the sexes in weight loss wars 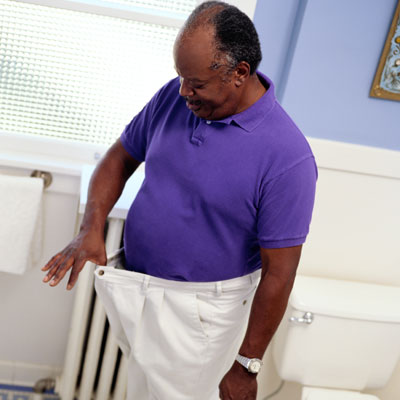 There are a number of reasons to explain this difference in the rate and ease of weight loss among men and women, even of the same age and body weight.

Men have higher amounts of muscle mass than women. It is the amount of muscle that closely determines the basal fat burning capacity. This leads them to use up more calories even at rest, with the end result being more rapid fat loss.

On average, adult males beat women in metabolism by more than ten per cent, given the same height and weight. However, many men weigh more than the average woman.

Oestrogen is recognised to have an effect on the urge for food and eating. When faced with their favourite foods, women are less able than men to suppress their hunger, a finding that may help clarify the higher obesity rates among females.

Women have proportionately more body fat than men do, possibly to prepare them for pregnancy.

Research shows that males, on average, burn 20 per cent more calories than females. Part of this may be occupation related, while the other part is connected to sex distinctions.

Women are exposed to more food

This may be one of the explanations for the significant difference in the response to diets between males and females. Women usually shop for the meals, prepare the meals and put the leftovers away. This ends up giving the women more possibilities of making errors.

All these issues add up to more issues with weight control among women than men. But it does not mean that women cannot lose weight; it indicates they have to work a little harder and longer than men and steer clear of comparing their weight loss to the weight loss of the opposite sex.

In addition, women who experience difficulty losing weight can gain control over their physical activity and exposure to high calorie foods.