The average Kenyan woman lives to age 66.5 years, compared to a man who lives up to 60.6 years, the 2022 Economic Survey has revealed.

The survey, released by the Kenya National Bureau of Statistics (KNBS) in Nairobi on Thursday, also shows that the average age of a Kenyan man’s first marriage is 27, while women marry at 23 years.

Life expectancy at birth refers to the average number of years that a newborn could expect to live.

The Standard sought to find out reasons why women tend to live longer than men.

Globally, the numbers are the same and not restricted to Kenya or America. Women’s lifespan is almost 8 per cent on average longer than men’s lifespan.

The lifespan gap is not a new phenomenon, experts argue.

Dr Benson Ayaga, a Sociologist who spoke to The Standard, attributes social and psychological factors as some of the reasons men die younger.

Ayaga notes that men harbour a lot of psychological and emotional stress, do not readily open up and keep to themselves, which may lead to build-up and eventually early deaths.

“Men tend to suppress their emotions but women share more and speak up. These things put them in life-threatening situations and push men to an early grave,” Dr Ayaga said.

Societal and life pressure also plays a big role. While men are seen as breadwinners, they are expected to provide for and hold their households together. This demand can sometimes turn out to be too much for them.

“People don’t seem to care if a man has suffered a job loss. They care that you provide and take the biggest share of responsibilities in the family,” the sociologist says.

“In some cases, women also get support from their children when they are older while men get little to no support, yet they are expected to go through life the same.” 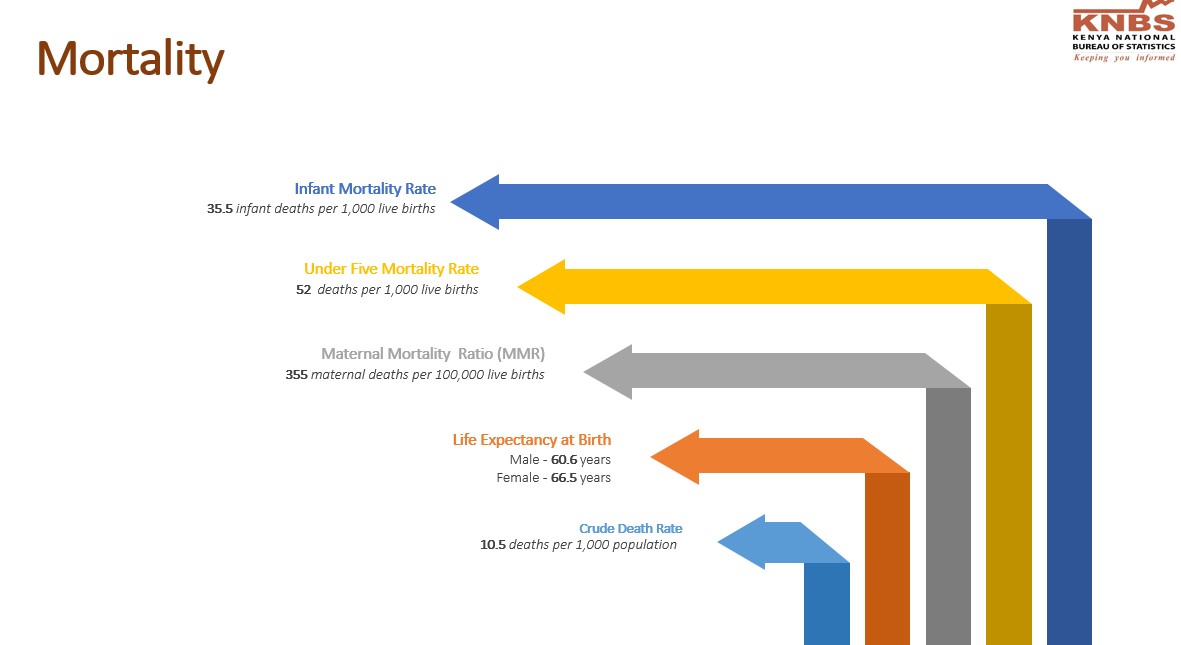 Dr Ayaga also notes that men’s exposure to violence, and brawls may contribute to their early deaths. “In situations of domestic fights, many a time women are not the first to be attacked. Men die younger due to violence when they come to the frontlines to protect their families.”

The lifespan gap can also be pinned down to the lifestyle choices of both men and women.

Data from the World Health Organization (WHO) reveals that 40 per cent of men are smokers compared to 9 per cent of women and that fewer women abuse alcohol compared to men.

Dr Perminder Sachdev, a professor at the University of New South Wales, told Time Magazine in 2019 that women outlive men because of men’s aggressive and carefree behaviour.