The government has approved the first Covid-19 vaccine trials to be conducted in the country.

The approval posted by Pharmacy and Poisons Board on Tuesday allows for the Oxford University-developed vaccine to be tested in Kenya.

The trials to be carried out by the Kenya Medical Research Institute (Kemri) will recruit 400 health workers in Kilifi and Mombasa counties.

The next step, though generally ceremonial, will be the final approval by the National Commission for Science, Technology, and Innovation (Nacosti).

This makes Kenya the second country in the sub-Saharan Africa after South Africa to conduct clinical trials for a Covid 19 vaccine. South Africa started trials for the same Oxford University vaccine, known as ChAdOx1 nCoV-19, in June.

Last Tuesday global trials of the vaccine were halted because of a serious and unexpected adverse reaction in a participant in the UK.

AstraZeneca, the vaccine co-developers, said the trials had been suspended worldwide to allow the review of safety data by an independent committee.

Locally though, the trials will determine the vaccine’s safety, ability to generate protection and its efficacy against the new virus in adult Kenyans.

Health workers have been prioritised due to their high risk of occupational exposure to Covid-19, hence their urgent need for protection. The participants who will get one dose of the vaccine will be followed for 12 months.

Justifying the testing of the vaccine in Kenya, the protocol says this is important because vaccine performance from studies in other populations may work differently in Africa.

On Monday, the Cabinet Administrative Secretary for Health Rashid Aman said seven applications for Covid-19 drug studies had so far been received by the poisons board. “Four of them have been approved,” he said during the daily Covid-19 situation update.

Those approved most recently include a study for the experimental use of chloroquine/hydroxychloroquine for the prevention of Covid-19 in healthy adults.

The study called COPCOV will be conducted by Kemri at four sites in Kilifi, Mombasa, Nairobi and Kisumu, targeting 1,600 health workers. Globally, the study targets 40,000 participants.

While Chloroquine/hydroxychloroquine has been discounted as ineffective against Covid-19, some experts have argued that this is not supported by evidence.

Also expecting approval is a request by Kenyatta University Teaching, Referral and Research Hospital for the experimental use of blood plasma in Covid-19 patients.

“The study is at the regulatory approval stage. As soon as it is all systems go, we will let you know,” Dr Marion Kiguoya-Njau, the deputy director of research at KU, told The Standard last week.

“The primary objective of this trial is to look at the safety and efficacy of convalescent plasma therapy in severely infected patients,” says the study protocol, which targets 208 volunteers.

Potential donors will be required to meet the standard criteria for blood donation. However, they must confirm previous infection with SARS-CoV2 and also test negative to show that they have since recovered.

Earlier, the pharmacy board had approved the World Health Organisation- sponsored Solidarity Trial and a second study in which Aga Khan University Hospital, Nairobi, is experimenting with the arthritis drug, tocilizumab, in Covid-19 patients.

During the Covid-19 briefings yesterday, Aman said the ministry was not yet aware of the suspension. He said plans were already underway to start trials of the vaccine, as the necessary approvals had been given.

“This new information has not come to my attention,” he said, as he announced 104 new cases and eight deaths, raising the case load to 35,460 and fatalities to 607.

The clinical trial of the vaccine, in phase three, targets 30,000 individuals in the United Kingdom, and as the CAS noted, more people from difference ethnicity backgrounds, among them Africans, were to be recruited.

Aman said plans to go on with the trials in Kenya were still in place.

Previous article
Woman's struggle with son who was diagnosed with hole in the heart
Next article
Post-abortion care at hospital changes debate on sexual health
. 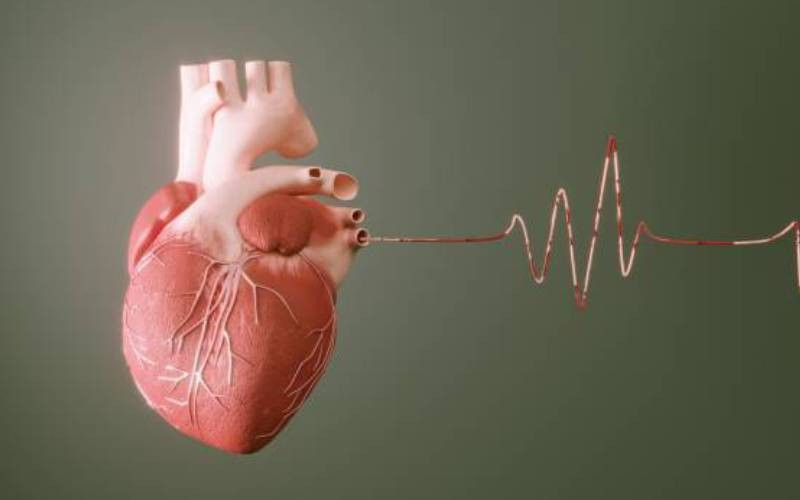