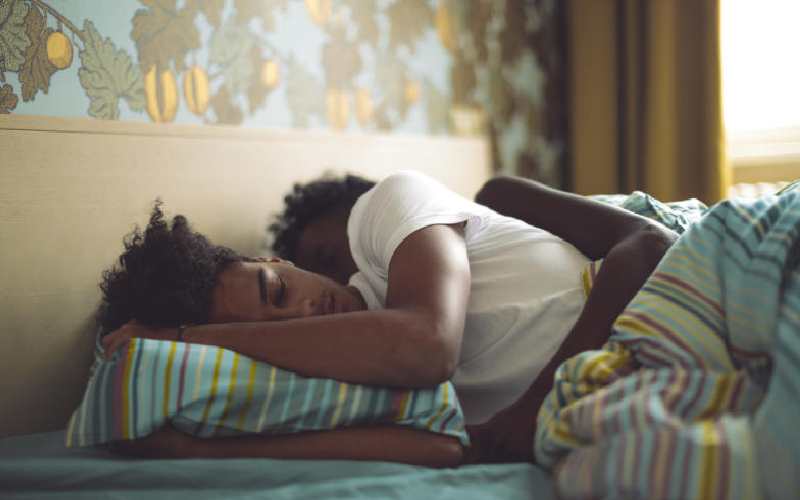 “I sleep all the time because it’s the closest thing to death,” said Olympian gymnast Simone Biles regarding coping with sexual assault. The gold medalist was sexually assaulted by former team doctor Larry Nassar, who was later sentenced to between 40 to 175 years in prison after admitting to sexually abusing women and girls for decades.

According to sleep experts, this way of dealing with trauma or depression isn’t an unusual. According to a various studies from Harvard Medical School, between 65 and 90 per cent of adult patients with major depression experience some type of sleep problems.

The Sleep and Depression Connection

If you don’t get enough restful sleep at night, it makes sense that you will tend to feel sleepy during the day. One study found that patients with obstructive sleep apnea ( a condition where the person wakes frequently and briefly during the night) were five times as likely to suffer from clinical depression.

Researchers believe that when your sleep is disrupted over and over, it can alter your brain activity and the neurochemicals that affect mood and thinking. The relationship between mental health issues and sleep is a bit like the chicken and egg situation. While disrupted sleep can lead to depression and other psychiatric conditions, the existence of these conditions can also compound or further disrupt sleep.

According to a 2016 study published in Chronobiology International, an ideal nap is 30 minutes long. The researchers found that people who napped for 30 minutes showed improved mood, while those who napped for 10 minutes or less exhibited worsened mood.

Napping can become unhealthy when it is used to avoid proper night sleep. Additionally, if you’re taking naps to avoid your problems, the problems will still be there when you wake up. The naps will be nothing more than an avoidance technique, which is bound to backfire eventually.

Depression naps can also leave you feeling guilty and anxious because you haven’t attended to your responsibilities. You end up feeling even more overwhelmed because now you have even less time to accomplish the tasks. Psychologists recommend that you find more productive and beneficial ways of coping with depression and anxiety. For example, you can try exercising, hanging out with friends, or journaling.

If you feel tired during the day, there’s nothing wrong with taking a 30-minute power nap. However, this shouldn’t be an everyday occurrence – taking a nap should be more the exception than the rule. If you’re regularly taking long naps, it can be detrimental to your health in the long term. Regular daytime naps have been linked with an increased risk of type 2 diabetes, cardiovascular disease and premature death.

A 2014 study published in the American Journal of Epidemiology found that napping for an hour or longer each day was associated with a 32 per cent spike in mortality risk. These might be because long naps dunk your body and brain into the deep stages of sleep. When you have to wake up from that kind of deep sleep, you will probably wake up feeling groggy.