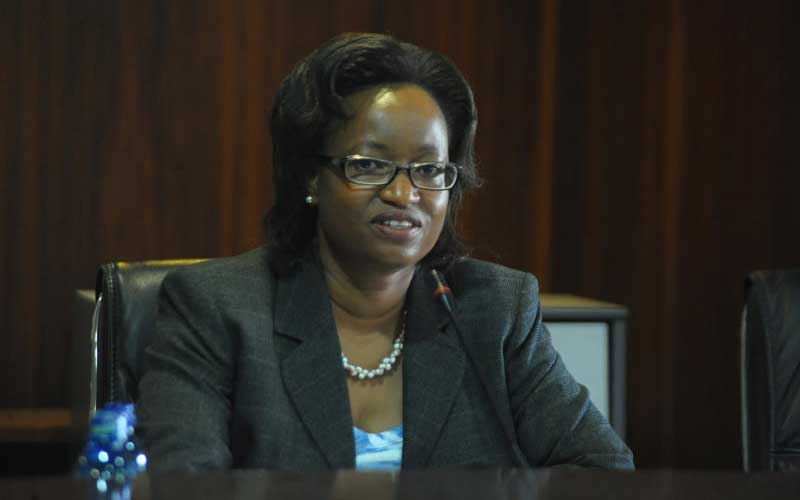 The government has cancelled a Sh4.9 billion contract awarded to a local IT firm to run a data centre connecting various health facilities across the country.

Health Principal Secretary Susan Mochache (pictured) last week wrote to Seven Seas Technologies Ltd, asking it to stop any further works on the grounds that the contract was awarded illegally.

In a letter dated November 18, the ministry further argues that completion of the Health Care Information Technology (HCIT) system is running behind schedule.

“Implementation of the HCIT contract and execution of the project as envisaged is now stalled. Your firm has abandoned the site for more than 16 months,” reads the letter.

It adds: “Essentially, this means that your firm has been unable to meet the agreed milestones on the implementation schedule.”

The contract, which was awarded on October 2, 2017 during the period that the country was negotiating a transition from the first and second terms of President Uhuru Kenyatta’s regime, was meant to provide HCIT solutions for the Managed Equipment Service (MES) project.

The controversial project is an ongoing initiative by the national government to equip selected hospitals in the counties with leased theatre, ICU, renal and radiology equipment, among other items.

The ministry notes that the Seven Seas Technologies (SST) contract contained several clauses not founded on the tender documents.

An example of such non-conformity, the letter says, was a requirement for the ministry to provide an original copy of a government support letter to the firm to enable it execute the contract on or before the commencement date.

“The requirement for an original copy of the support letter to be given to your firm does not feature anywhere in the tender documents, and it is overtly clear to the ministry that your firm lacks the requisite financial capacity to execute the HCIT contract.”

The ministry argues that stepping in to provide documents to assist the contractor meet its financial obligations would amount to the government securing financing for its own procurement.

“It will render the tender requirement that the successful tenderer be able to have adequate financial capacity for the contract irrelevant.

“It is now apparent that despite having attained a high score of 20 out of 20 in the financial evaluation, your firm does not have the financial capacity to perform the HCIT contract and has been unable to mobilise any funding without a GoK letter of support,” the letter reads.

Mr Macharia told the Senate that his firm was at a crossroads, with equipment worth over Sh250 million meant for the KNH data centre lying at the Port of Mombasa since January last year.

The CEO said the Health ministry had to provide his firm with a letter of support as requested to allow a bank release funds to cover costs of the project.

The ministry has also ordered SST to remove “as soon as is practicable” all its property from the site.

“Should you fail to do so within 40 business days from the date of this notice, the ministry will not hesitate to remove from the site any such property without bearing the responsibility for their loss, damage, costs or other incidentals.”

The ministry’s decision was based on the advise of Attorney General Paul Kihara whose office had declared the award of contract an illegality.

“It is our opinion that the ministry may proceed to cancel the contract on account of illegality,” said the advisory signed by Solicitor General Kennedy Ogeto.

The advisory states that the Health ministry failed to conduct due diligence on SST, for example, by failing to conduct three site visits to the company as required in the tender documents.

The AG’s office appears to blame the ministry for failing to submit key documents for scrutiny before pen was put to paper.

“Had these contracts been transmitted to this office prior to their execution, we would have carefully vetted them and advised the ministry on the correct position of the law,” the advisory says.

The document also reveals that it was the AG’s office that advised the ministry not to issue a government letter of support to SST as it was not provided for in the contract.