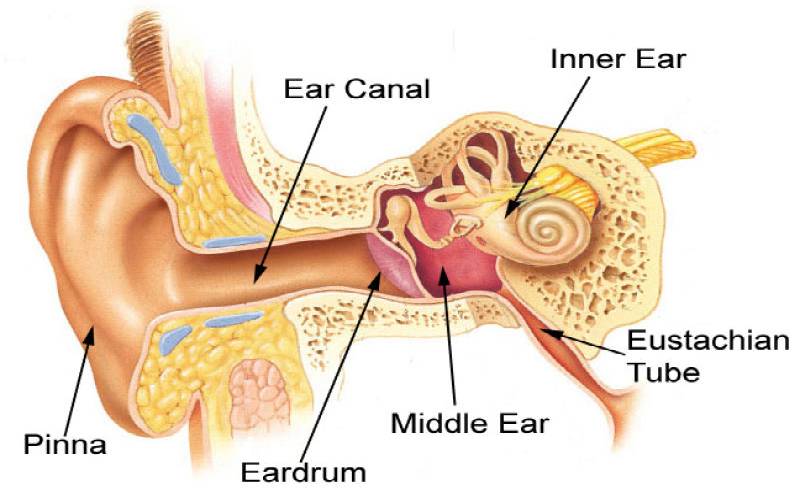 When Musu Kargbo was born in May 2017, all seemed well. But that was until doctors performed a routine child screening and noticed that she had failed her hearing tests.

“That was the first indication that something was wrong, and after only four weeks, she would again go to an audiologist who confirmed that my baby had a hearing loss on both ears,” Diana Ayoo, Musu’s mum, says.

Diana would later notice other problems.

“She was a difficult baby, extremely hard to handle and regressed in some areas. She was not achieving her milestones.”

Worried, Diana went back to the hospital where a paediatrician suggested an MRI scan. Musu was only six months old then. The scan showed that the thick bundle of nerves (corpus callosum) that separates the right and left side of the brain was not fully developed. Musu’s eyes were also turned inwards, a condition called estropia.

“The baby’s head circumference was also bigger than usual. We were worried about her health, but we didn’t seem to be getting any clear answers locally. So we decided to go abroad to seek more answers. We went to Boston Children’s Hospital where they carried out a battery of tests.”

The doctors found that Musu had a condition known as a primrose syndrome. It was the reason behind all the odd symptoms.

“They also present with a large head (macrocephaly), autism, behavioral abnormalities and intellectual disability. Additional features, such as diabetes, cataracts, sparse body hair and muscle wasting become apparent to patients in adulthood. Currently there are no statistics on the affected in Kenya, however, it equally affects both genders,” says Dr Eugene Genga, a rheumatologist.

Musu began treatment when she was six months old.

“They said early intervention works, and I can attest to it. Among other therapies was some occupational and physical therapy that are available locally. I have since sought other treatments abroad, including Hyperbaric Oxygen Therapy,” Diana says.

Hyperbaric Oxygen Therapy involves breathing in pure oxygen in a pressurised environment. Musu has also undergone stem cell therapy, which is done to boost the number of stem cells in the blood. This in turn promotes a healing response in the body.

“In the last eight months, she has been getting an intensive Applied Behavioral Analysis (ABA). This is a type of therapy that improves social, communication and learning skills through positive reinforcement. This is helping her acquire age-appropriate life skills,” says Diana.

They also check in with Musu’s geneticist at the Boston hospital annually. Thanks to all the therapies, Musu has been making remarkable progress.

“I look back and can’t believe that at six months we had been struggling to get her to focus her eyes and make eye contact. These are basic things that a newborn does in a day. Thankfully, Musa is now doing these things very well and catching up with the milestones,” Diana says.

Unfortunately, there are currently no treatments available other than just managing the symptoms to ensure quality of life.

Since primrose syndrome is a genetic disease, Musu’s parents had to undergo genetic testing to ascertain the origin of the faulty gene. The tests, which in total cost about Sh4 million, would confirm that none of the parents had the gene. No other family member is known to have the condition.

How then did Musu acquire the condition if her parents don’t carry the gene?

“The disease is thought to be caused by a mutation in the ZBTB20 gene. Most cases have been random. However, affected individuals have a 50 per cent risk of passing the mutation to each of their offspring.”

Musu turns four this year and she is a bright, vivacious child. And while dealing with a rare condition as this one can be tough on the family, Diana says that it is OK for the parents to ‘mourn’ their circumstances.

“I know there are many parents out there with kids who have rare conditions but have never been diagnosed due to a lack of access to proper testing and specialists. I say is quite alright for parents to ‘mourn’ the child they had envisioned but didn’t get.”

Diana has some more advice for parents raising a child with special needs.

“Do not be afraid to ask for help. We opened a Go Fund Me account, which supported us through some of her treatments. We could not have done it without the help. It is an expensive affair and we continue to do the most we can to ensure Musu achieves her greatest potential in life. Also, don’t be ashamed to take them out into the community. Take them out there and let the rest of the world learn how to live with them.”

By Saada Hassan 12h ago
Politicians come and go, but not oceans