How alcoholism trickles down generations 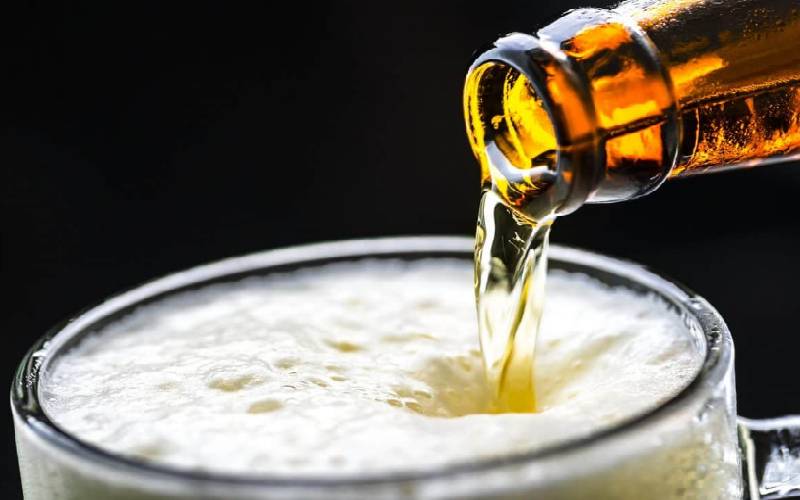 Alcohol is a depressant. It is associated with nervous system interference to bring about damaging behaviour.  Research done by the Division of Non-Communicable Disease, in the Ministry of Health, found that 35.7 per cent of all alcohol users in Kenya divert resources to buy alcohol and most of them consume alcohol during weekends or social events. After all, we see alcohol manufacturers bombarding us with compelling advertisements.  Why is it that having a parent or close family member with a drinking problem puts you at an elevated risk of developing it too? Scientists from the University of Rochester document that children of alcoholics have been found to be four times more likely to have trouble with alcohol than people without such history.

Genes determine various aspects in our lives and are responsible for every little trait we develop. Even though alcoholism has a hereditary association, scientific evidence on genetic predisposition to unhealthy consumption of alcohol is still scarce. None of the genetic studies that pinpoint the risk of alcoholism have produced inconclusive results. Geneticists argue that even though no one gene has been found to increase a person’s risk of alcohol addiction, several genes, as well as environmental factors, can contribute to one’s predisposition to alcohol addiction.

The brain and alcohol

Alcoholism does not discriminate; it can rear its ugly effects on anyone. Alcohol addiction is a dynamic process with strong and persistent effects. It involves parts of the brain in compulsive consumption of alcohol, lack of control in the intake and lack of it causing withdrawal symptoms such as irritability, sleep deprivation, anxiety etc. Some individuals can limit the amount of alcohol they take, while others just feel like going on and on. A section of scientists has noted that people who are predisposed to alcohol addiction tend to have smaller amygdalas — the section of the brain associated with emotions and cravings.

Most people know their body signals when they seem to be approaching a level they may get overpowered by alcohol influence. For a person whose immediate family had a drinking problem, they may interrupt the physical and mental warning signals that maintain alcohol at healthy levels.

Alcohol is widely accepted and available. An excerpt from research done by Mariam Gitatui of the University of Nairobi reads, “The risk of adolescent alcohol misuse is positively associated with increased alcohol use by parents including the parental provision of alcohol, favourable parental attitudes towards alcohol use and parental drinking.” Despite hereditary tendencies, the environment children grow around in influence their tendency to develop alcohol dependency.

Babies exposed to alcohol from the mother during pregnancy experience varying degrees of brain damage and growth problems in their lifetime. FAS is also known as Foetal alcohol spectrum disorder. It is however unfortunate that effects of FAS are irreversible. Expectant women are discouraged from taking alcohol during pregnancy. The Kenya Paediatric Association emphasises that there is no known safe amount to consume during that period; any level of alcohol intake exposes the growing foetus to FAS.  According to the journal of Substance Abuse Treatment, prevention and Policy, 6.5 per cent of women in Kenya use alcohol when pregnant. Most of these women fit in the new generation of financially independent ladies who consume sensually named non-frothy drinks fit for the modern woman.

Alcohol gets into the mother’s bloodstream and crosses through the placenta to get into the foetus’ blood. The unborn baby metabolises alcohol at a slower rate compared to an adult, causing a higher concentration of the substance in the foetus. Alcohol disrupts the supply of oxygen and nutrients to the baby affecting its growth rate, permanently damaging organs and tissues and interferes with brain function. It is also associated with pre-term births as found by doctors at the Kenyatta National Hospital who established that nearly 10 per cent of pre-term deliveries were to mothers who had been consuming alcohol while pregnant.

It is all about balance

Science says that low alcohol intake (1 drink a day for a woman who is not pregnant and up to 2 drinks a day for a man) can be beneficial to the heart. However, repeated excessive consumption of alcohol causes a myriad of serious acute and chronic health issues including:

·        Some types of cancers (breast and cancers of the mouth, throat, esophagus and liver