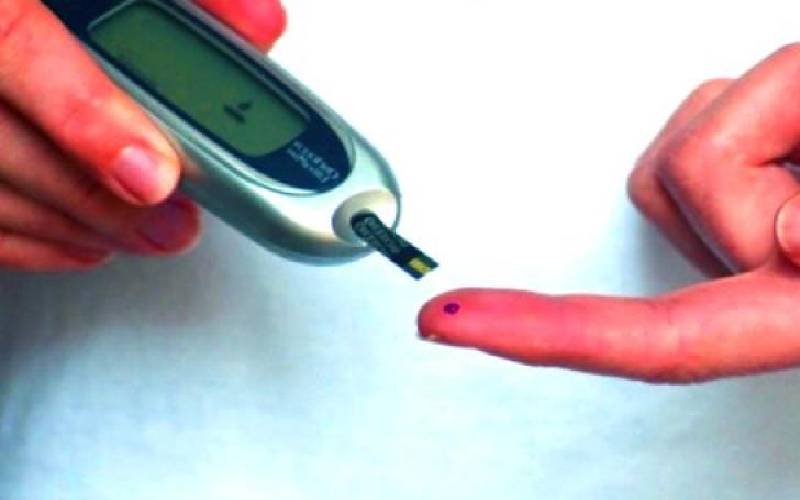 He had been woken up by his friends to go bask in the sun as they grazed goats in the hilly and rocky Musuro village of Baringo South.

The Standard Six pupil got out of bed excited to join his peers. But just as he headed for the door, he fell down at the doorstep. He could not see.

He had sudden experience of a floater. He rubbed his eyes, perhaps to regain his sight, but the situation persisted, leaving the teen confused.

The boy was unaware that Type 1 diabetes, a disease he was diagnosed with four years ago, had affected his eyesight.

Shocked and lying on the floor, the 14-year-old was lifted by his friends to a shade. They then rushed to notify his mother who had gone to draw water from a nearby river.

Ngoyoni was taken to Marigat Sub-county Hospital but his sight is yet to be restored.

“I am not sure if I am blind or dreaming. How could I lose my sight in the blink of a moment, he wonders, his head buried in deep thought as his mother Margaret Kroito watches helplessly.

He adds: “Life seems so hopeless, and neither does any kind of inspiration or encouragement give me peace of mind. It is such a tall order to accept this condition at my age.” 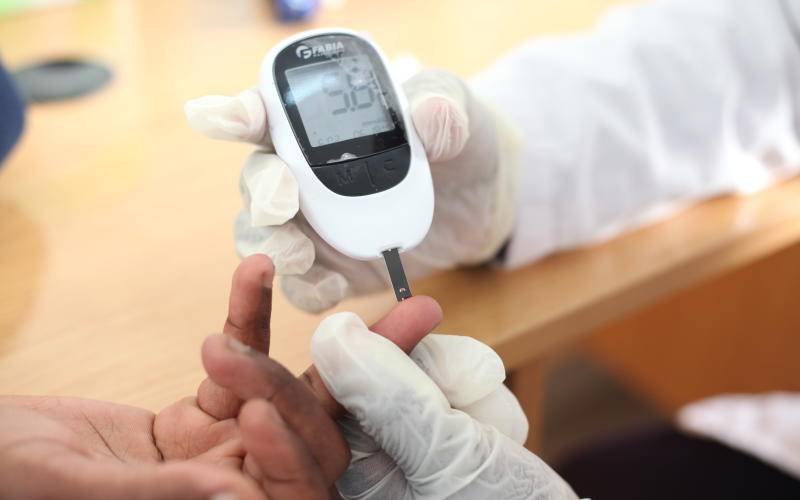 Before turning blind, Ngoyoni could not see clearly, a condition that gradually developed into proliferative diabetic retinopathy (advanced eye problem).

The blindness is attributed to delay in seeking health care.

Since Covid-19 pandemic was reported in the country in March, Ngoyoni has not attended clinic for check-ups.

“At times I lack money to buy insulin for my son, and I regret that his not being on medication has made him blind,” said his mother.

According to the doctor stationed at Kenyatta National Hospital and Nairobi Hospital, Ngoyoni might have had bleeding in the eye and detachment of retina, which caused sudden blindness.

Bleeding and retinal detachment is reported due to poor control of sugars in diabetic patients.

Onyango said blindness by bleeding or detachment is an emergency which should be handled by an eye specialist within 24 hours to reverse sight failure.

“Eye conditions in children with diabetes is worse if sugar levels are not well controlled," he said.

Blindness by cataract, he added, was gradual and takes several months.

Diabetic patients, according to Onyango, have low immunity and are highly exposed to contracting Covid-19. 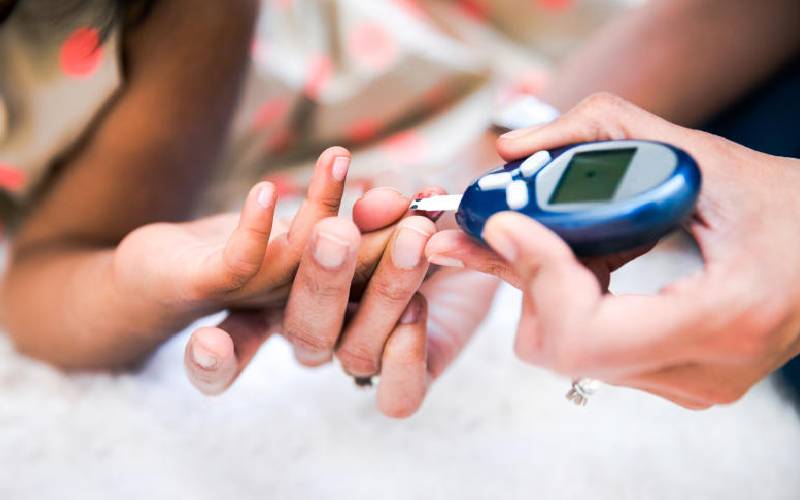 However, he advises such patients to observe public health protocols to keep the virus at bay even as they attend their regular clinics.

Whereas some patients have adapted use of telemedicine due to fear of contracting Covid-19, the doctor says hospital visits was a must for diabetic patients to have their eyes examined.

“Diabetes patients need hospital more than a normal person because sugars can get lower or higher, and they need to be regularly examined. Telemedicine is tricky, more so for the eye. You cannot diagnose eye problems over phone, even if you take pictures,” cautioned the medic.

He added: “Patients should overcome fear because we cannot predict how long Covid-19 will be with us. So long as we observe set guidelines, we are safe.”

According to American Diabetic Association medical journal, diabetic retinopathy is the most frequent cause of new cases of blindness among adults between the ages of 20 to 74.

James (not his real name), 67, from Kawangware in Nairobi has been living with debates for the last 15 years.

With the support of his wife and last-born son, he attends diabetic and eye clinics at Kenyatta National Hospital to avert diabetes-related complications.

His right eye is blind and his left one has mild visual impairment, both as a result of diabetes.

“Over the years, I have undergone several laser eye treatments, eye injections and surgeries in an effort to reverse the effects of diabetes to my eyes, some that have been successful. This is why I attend regular check-ups to protect the one eye,” he told The Standard.

Mary Gitonga, a diabetes patient from Greensteads Estate in Gilgil Sub-county is cautious and a scared about life due to her already compromised immune system.

Though sceptical about hospital visits amid Covid-19 pandemic, she says she attends diabetes clinic regularly for eye check-up.

Born in 1953, Gitonga was diagnosed with the chronic disease at age 13 and has been managing the condition with insulin.

Onyango says treatment and follow-up for diabetes is expensive and poses an economic challenge to affected families.

“Approximately one third of all people living with diabetes have eye disease or will develop some form of diabetes-related eye disease,” says the medic.

Onyango says failure to regulate sugar levels among diabetes patients leads to multiple organ damage and can cause many complications if left untreated.