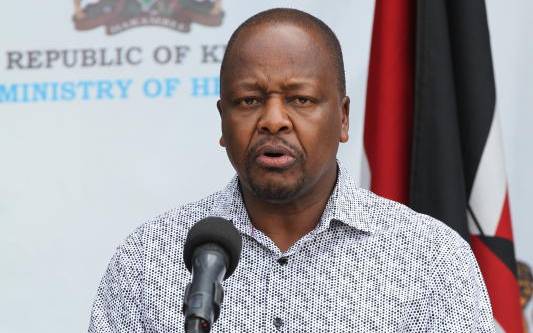 While addressing the media during a Covid-19 update in Nairobi, CS Kagwe (pictured above) said law enforcers have been instructed to arrest those who fail to wear masks and adhere to the containment measures.

“Not wearing a mask in accordance with the Public Protocol Act can render you a fine of substantial amount…failure to adhere to the containment measures could as well lead to the escalation of the measures,” he said.

Kagwe urged Kenyans to be sensitive saying the government will inevitably review the measures and such a move will jeopardise the efforts to rebuild the economy. Therefore, Kenyans ought to follow the rules to avert the loss of jobs and businesses that may come as a result of stringent measures.

“Why don’t we all say that in order for us to keep the economy going, we have to follow rules. If wearing a mask is what‘s going to keep my aunt’s job, why don’t I do it?” he posed.

The CS also persuaded families to take up the war against the virus. Kagwe said it is now the responsibility of every family in the country to keep its members safe and shed the possible burden of tending to them.

His caution comes at a time that the country recorded extra 761 positive cases 4,830 samples over the last 24 hours. These figures raise the total caseload to 52,612 in 677,601 cumulative samples. The country also lost additional 14 patients to the virus bringing Kenya’s fatalities to 964.

“Up until yesterday, we have lost 54 lives this week alone and I’m sad to report that today once again we have lost another 14 patients bringing cumulative fatalities to 964 persons,” he said.

Kagwe hinted at a possibility of reviewing the containment measures if the country will continue recording higher virus numbers. He revealed that a meeting between his ministry and governors will take place tomorrow, Friday, to look into options of dealing with the surge.

“Going forward, the advice we have got from case management teams is that the key fundamental management is going to be home-based care,” he said, as he emphasised that asymptomatic cases will not be handled in health facilities. According to the CS, community-based care approach had yielded more impressive results than the patients being handled in the hospitals.

For instance, he said that Covid-19 patients who succumb in hospitals mostly do so out of other health problems developed while admitted.

In the latest results, 503 of those infected in the past 24 hours are male while 258 are female while the youngest case is a one-year-old infant and the oldest is aged 92. Of the new cases, 711 are Kenyans while 50 are foreigners.

The CS also announced 346 patients recovered with 223 released from home-based care programme while 123 were discharged from various hospitals bringing the total number of recoveries to 35, 604.

Meanwhile, CS Kagwe said the government is committed to ensuring a successful implementation of the Universal Health Coverage, launched by President Uhuru Kenyatta two years ago.

Kagwe referred to the politics that tumbled down the American health system, Obamacare, as a possible challenge facing the UHC.

He said it should be the ‘basic self-enlightened interest of everyone to ensure that facilities are up to the standard’ in the counties. With his statement coming at a time that counties are hit by the rise in cases of the pandemic; Kagwe argued that the remedy can also be found in reliable health insurance.

This, he said, could be achieved by embracing the National Health Insurance Fund (NHIF), and bringing the cost of health down for the common man.

“A situation where x-ray costs Sh800 at KNH but Sh10,000 at a private hospital... NHIF can only pay the same rate charged at KNH,” he warned. 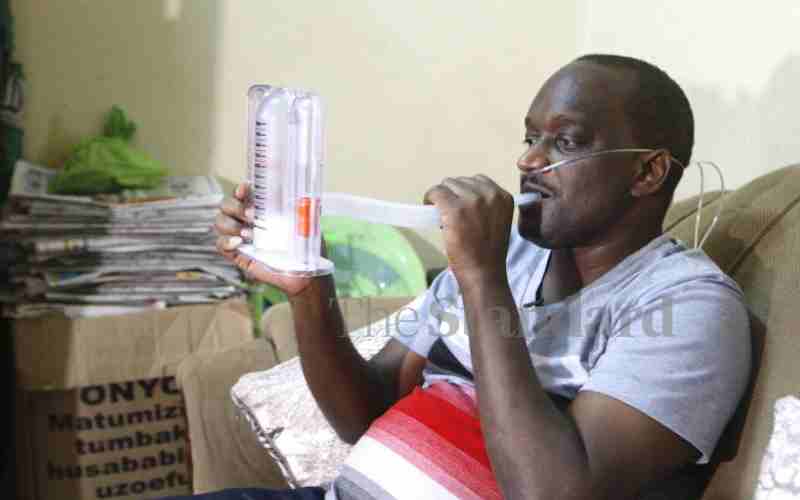 Not all oxygen in market is fit or pure for humans

Not all oxygen in market is fit or pure for humans 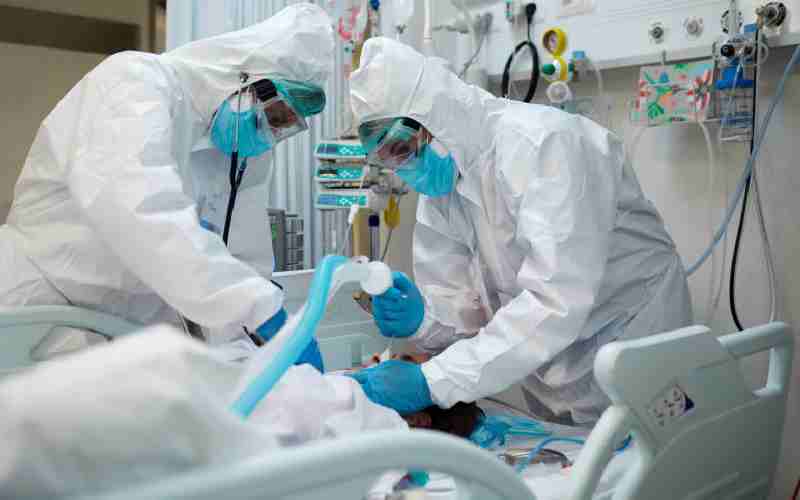