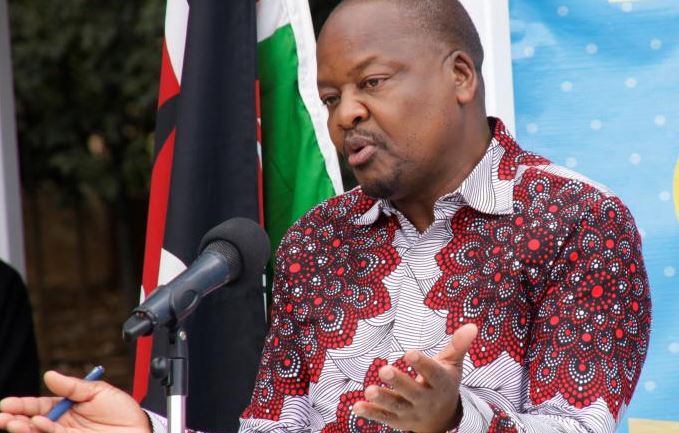 Coronavirus deaths in the country are inching closer to 400, after five more people died of the disease, Health CS Mutahi Kagwe has said. The number now raises the death toll to 369. Additionally, another 690 people have tested positive for the disease, bringing the national tally to 22,053.

The Health Ministry says it has tested 5,393 samples in the last 24 hours, which now brings cumulative tests to 315,723, since the first case was reported on March 13. 681 of the new cases are Kenyans and nine are foreigners. Males continue to lead the curve, registering 492 others and 198 females. According to the CS (pictured), the youngest statistic is a six-month-old infant and the oldest an 83-year-old. Another 58 people have since recovered and discharged from various hospitals across the country, raising recoveries to 8,477.

Again, Nairobi County is in the lead having registered 535 new cases, Kiambu with 56, Kajiado-28, Nyeri-24, Busia-9, Machakos-7, Kisumu and Nyeri with six cases each. Other counties with new cases include Embu and Garissa-four each, Laikipia and Narok with three each, Bungoma, Kwale, Meru, Mombasa and Nyandarua with one case each. Worrying death toll Of great concern is the growing number of fatalities. Yesterday, the country registered its highest Covid-19 deaths yet at 23. Ministry officials continue to insist that the pattern of the disease seems to rope in even those perceived to be young and with good immunity.

“These are 364 families that are at a loss, 364 Kenyans. We are increasingly seeing younger people dying. It is sad when this happens. That is why we urge people not to socialise,” Kagwe said on Saturday.

Seven die in fire at Covid-19 hotel facility in India