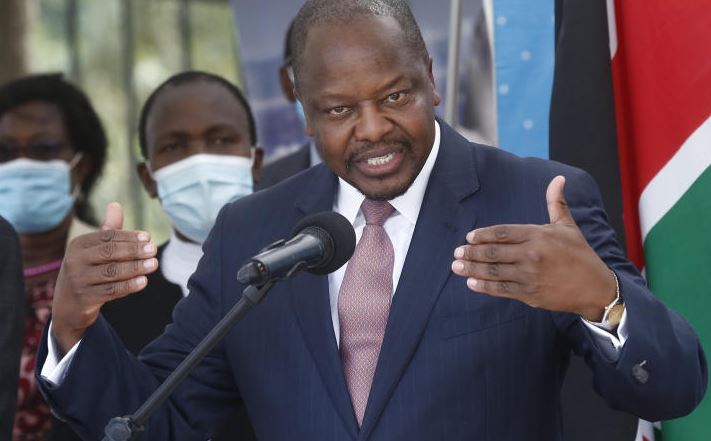 The doctors, who are from the Henry Reeve Medical Brigade, are part of a new deal separate from the 2018 one, which saw 100 Cuban doctors arrive in the country.

The newcomers are recognised globally in the handling of epidemics and pandemics, and some of them are recipients of the 2017 Dr Lee Jong-wook Memorial Prize for Public Health.

The 2018 deal was renewed this year and the doctors are expected to remain in the country for the rest of the year.

“With Covid-9 cases rising, these specialised doctors will go a long way in supporting our doctors in managing the disease and skill development,” said Kagwe yesterday.

The doctors come at a time the country is witnessing increasing cases of Covid-19 cases and deaths, which now stand at 12,062 and 222, respectively.

The deaths have been linked to the burden of non-communicable diseases in the country, mainly diabetes, hypertension and cancer. The diseases make what would have been asymptomatic Covid-19 cases become critical with multiple organ failure and death.

Unlike the 2018 deal where the 100 Cuban doctors were distributed across all the 47 counties (two in each devolved unit), the 20 doctors will be stationed at Kenyatta University Teaching, Research and Referral Hospital.

This is one of the facilities that is attending to severe Covid-19 cases in the country. The others include Kenyatta National Hospital, Nairobi Hospital and Aga Khan University Hospital, all in Nairobi.

Kagwe, who was at Kiriani Mission Hospital in Murang’a County to launch an outpatient department, announced 389 more cases and five deaths.

“I have to admit our primary health facilities have not been up to date. If you go to level one, level two and level three hospitals across the country, we cannot boast of the same reputation as we have with referral hospitals,” noted the CS.

This is despite the fact that these facilities should be the first line of response for patients.

“What this has done is that we now have people going to referral hospitals for regular infections that are easily treatable at facilities like this,” he said. “It means we are freeing hospitals like Othaya Referral and others in the country, which can now deal with more challenging illness.”

Due to the unpreparedness of lower-level facilities, the government had directed counties to have separate hospitals designated to handle Covid-19 cases.

He said the government, through Kenyatta University Teaching Research and Referral Hospital, has signed a contract with General Electric to set up the first-ever integrated molecular imaging centre.

The centre will also house a section for manufacturing of materials and kits for cancer equipment, which currently have to be bought from South Africa or North America.

“With the centre, which will be ready in about nine months, there will be no need for Kenyans to go out of the country to India and South Africa to access PET scans and other key equipment to diagnose and treat cancer,” said Kagwe.

In 2018, the Aga Khan Hospital became the first facility in the region to offer PET-CT scans.