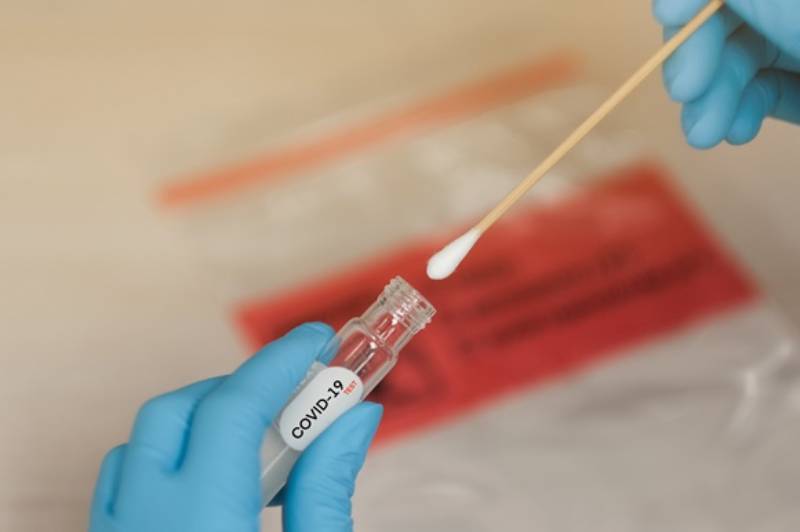 A staff crisis has now hit the Mai Mahiu Covid-19 testing center leaving over 100 drivers stranded even as positive cases in the area continued to rise. It’s emerging that the facility that is serving drivers seeking to collect cargo from the newly opened Inland Container Depot (ICD) is facing an acute shortage of staff who are involved in collecting and testing samples. This comes in the wake of reports that six health workers from Naivasha were in contact with a patient who later tested positive for Covid-19.

Following the impasse, a high ranking team from the national government visited the area and promised to urgently resolve the impasse. Naivasha sub-county commissioner Mathioya Mbogo admitted that the current staff were overwhelmed by the exercise and needed back up. He said that the county was providing staff to collect samples from the drivers while the national government was providing the experts for testing the samples. “There was an impasse over the issue of staff but this is being addressed at a higher level and it should be solved soon,” he said. According to a truck driver James Kirathe, they had been stranded in the trading center for two days with no word coming from those manning the laboratory.

SEE ALSO: Why reinfections are making search for vaccine hard

“We have travelled from various parts of the country to collect cargo from ICD but there is no testing going on and we can’t leave without the Covid-19 certificate,” he said. And in the nearby Kijabe estate, an 82-year-old granny who succumbed to the disease was laid to rest by health officers in a hushed ceremony that lasted for less than ten minutes with relatives watching from a distance. A resident Samson Wambugu noted that the rising cases of drivers who had tested positive for Covid-19 in Mai Mahiu area posed a major threat to them. “The drivers some of who are positive are freely mingling with us and we have already lost one woman to this disease and this is worrying,” he said. In a statement by the CEC for Health Dr Kariuki Gichuki, there were 65 confirmed cases in the county with eight of them having recovered.

“We have less numbers of patients in our isolation facilities than those who tested positive because most of them are truck drivers who proceeded with their journeys before getting their results,” he said. Kariuki said that they had 70 people in their quarantine facilities warning that the high number of new infections in the county meant that the disease was spreading fast at community level.